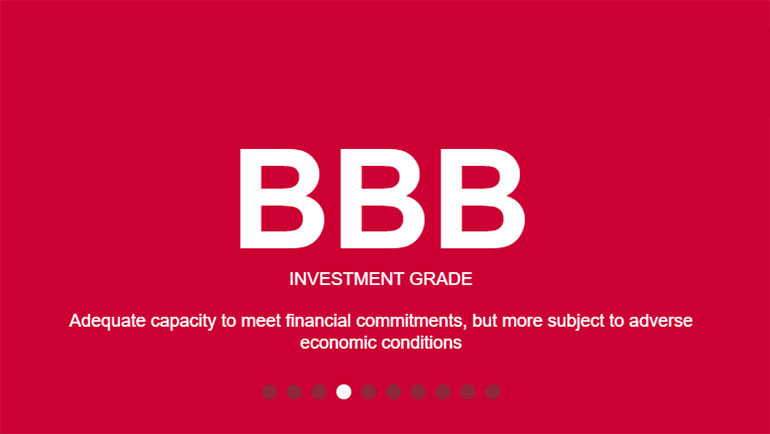 The foreign-currency rating was affirmed at BBB, two levels above junk, S&P said in a statement Tuesday.

The BBB status is granted when a country or company has the “adequate capacity to meet financial commitments, but [is] more subject to adverse economic conditions.”

Colombia’s economy began showing cracks in the second half of 2014 when global oil prices began to fell. At the time, 20% of Colombia’s government budget came from oil revenue, which had become such a major export sector that more than half of the South American country’s exports consisted of oil.

The steeply dropping oil prices sparked an unprecedented drop in value of the country’s currency, the peso, and spurred an sharp increase in inflation.

It also laid bare Colombia’s deficient tax system that has been subject to fierce criticism for years.

“S&P’s outlook obliges us to remain very firm on the path of fiscal adjustment and the reduction in the current-account deficit,” Finance Minister Mauricio Cardenas said on Twitter.

The minister additionally announced an additional COP6 trillion ($1.8 billion) cut in this year’s budget, which already saw major cuts in government investment due to the adverse economic conditions.

Cardenas told media he hoped the cuts would stabilize investor confidence and prevent the risen fiscal gap to expand.

The government is currently considering a sales tax rise from 16% to 19%, but is facing major public opposition.

The country’s labor unions, farmers, students and truckers have joined hands for a major strike planned for March 17 to protest the government’s economic policy.