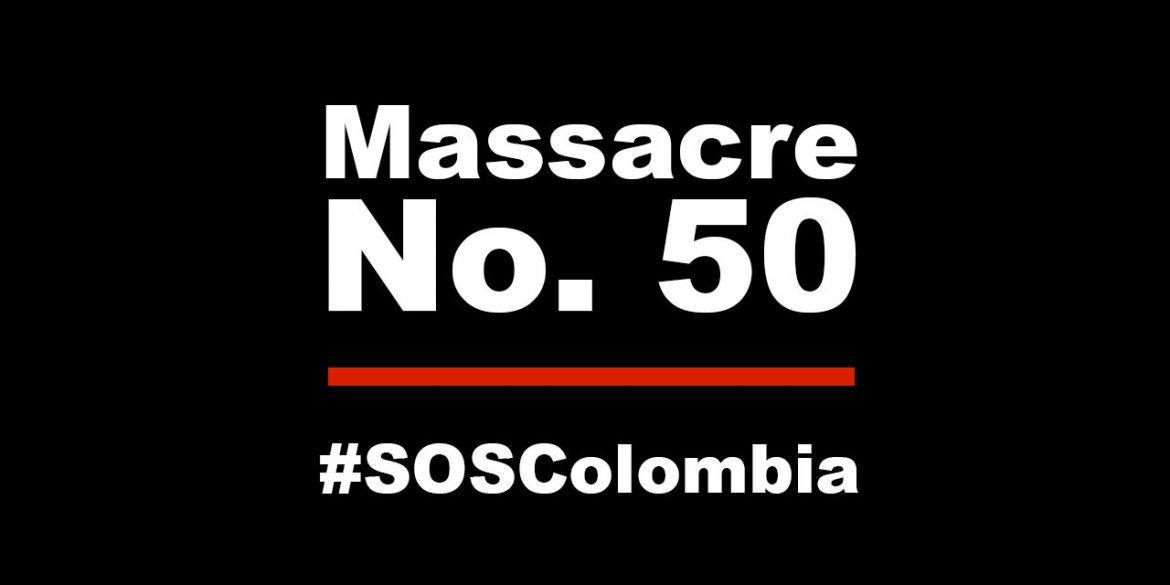 Southwest Colombia’s Nariño struck by third massacre in a month

The Nariño province in southwest Colombia suffered its third massacre in a month, the province’s top security official said Saturday.

According to Nariño’s Government Secretary Francisco Ceron, four people were found shot dead in Buesaco, a locality in the generally calm northeast of the province.

The massacre followed within a month of massacres in the towns of Samaniego and Tumaco.

The recent surge in massacres in Colombia has hit Nariño, where at least a dozen illegal armed groups are vying for control over the state-abandoned countryside and drug trafficking routes, particularly hard.

Locals booed President Ivan Duque when he visited Samaniego a week after unknown armed men assassinated eight people, mostly students who had returned from university in the province capital Pasto.

Duque and his far-right Democratic Center party have opposed a peace process supported by Nariño Governor John Rojas, who urged the president to implement peace policies as agreed with now-disarmed FARC guerrillas.

Throughout Colombia, more than 35 massacres have taken place this year, according to the United Nations.

Conflict monitor Indepaz counted 50 until Friday, 11 of which took place in the northeastern Antioquia province where paramilitary groups are involved in a turf war and also the ELN guerrilla group has been trying to expand territorial control.

Massacres in Colombia so far this year

Following the 2016 peace deal between the FARC and former President Juan Manuel Santos, Nariño and the neighboring Cauca province have suffered the most from violence in areas that used to be controlled by the former guerrillas.

Failures in the implementation of the deal fueled the formation of dissident groups who in some cases receive the support of Mexican drug traffickers and in all cases are opposed by far-right paramilitary groups.

Duque on multiple occasions announced he would increase military presence in the southwestern region, without this having any apparent effect on public security.