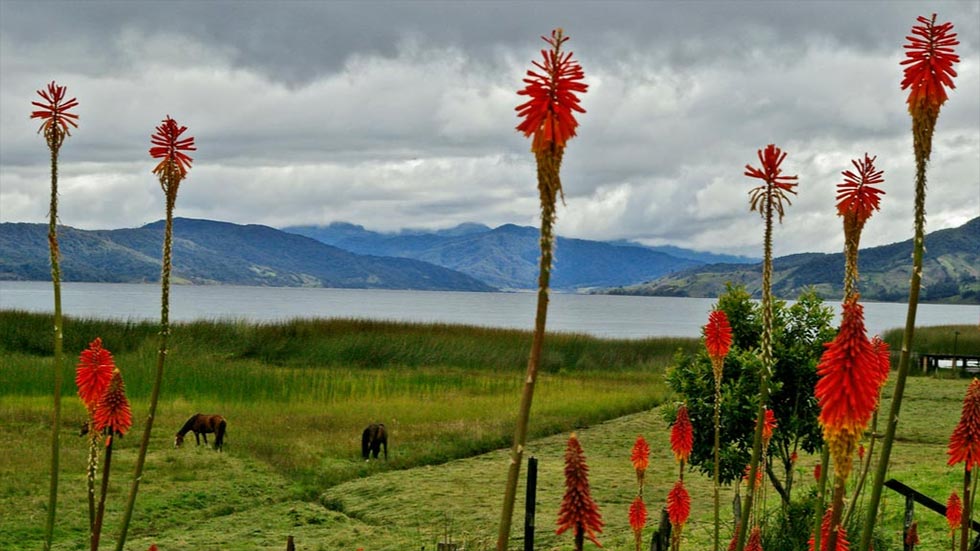 The story of La Cocha lake and Colombia’s ‘Little Switzerland’

La Cocha, also called Lake Guamez, is not just one Colombia’s largest and most beautiful lakes. It is also one of the Andean water reserves that make up the birthplace of the majestic Amazon river.

Located on the eastern side of the Andes mountain range, La Cocha — “lake” in the native quechua language — receives its water from several streams and rivers coming from glaciers located higher up.

Having passed the lake, the water does not flow to the nearby Pacific Ocean, but travels through the Guamez and Putumayo rivers into the Amazon, after which it heads to the Atlantic, more than 1,500 miles east of La Cocha.

Because of its importance to the water supply of the Amazon, the lungs of the world, La Cocha was declared a Wetland of International Importance in the year 2,000.

The lake sits at some 2,800 meters above sea level, giving it a steady climate with temperatures rising to 64°F / 18°C on a normal day.

La Cocha is located 13 miles southeast of Pasto, the capital of the Nariño state, and is easily accessible by road.

The lake is surrounded by mountainous natural reserves mainly looked after by the native farming communities.

Historians have reported the existence of settlements near the lake shortly after the Spanish colonization of Colombia in the early 15th century, but the area wasn’t really colonized until the mid-20th century when political violence pushed Colombians to the periphery of their country.

According to ancient beliefs of peoples living around La Cocha, the lake is a holy site.

The architecture of El Puerto, one of the villages around the lake, is remarkable to say the least. The painted wooden chalets have given the town the nickname of “Little Switzerland” in the region.

According to the locals, the houses didn’t look like they do now until the arrival of a Swiss man called Walter Sulzer a more than a few decades ago.

Accounts differ over whether the Swiss was a cook and had arrived in the 1940s to escape the Second World War, or an architect hired by a local hotel that ended up using local materials to construct a typically Swiss guesthouse.

Either way, the random clash of cultures in a little village high up in the Andes did result in one of architecture’s cutest experiments amid one of Colombia’s most precious natural reserves. 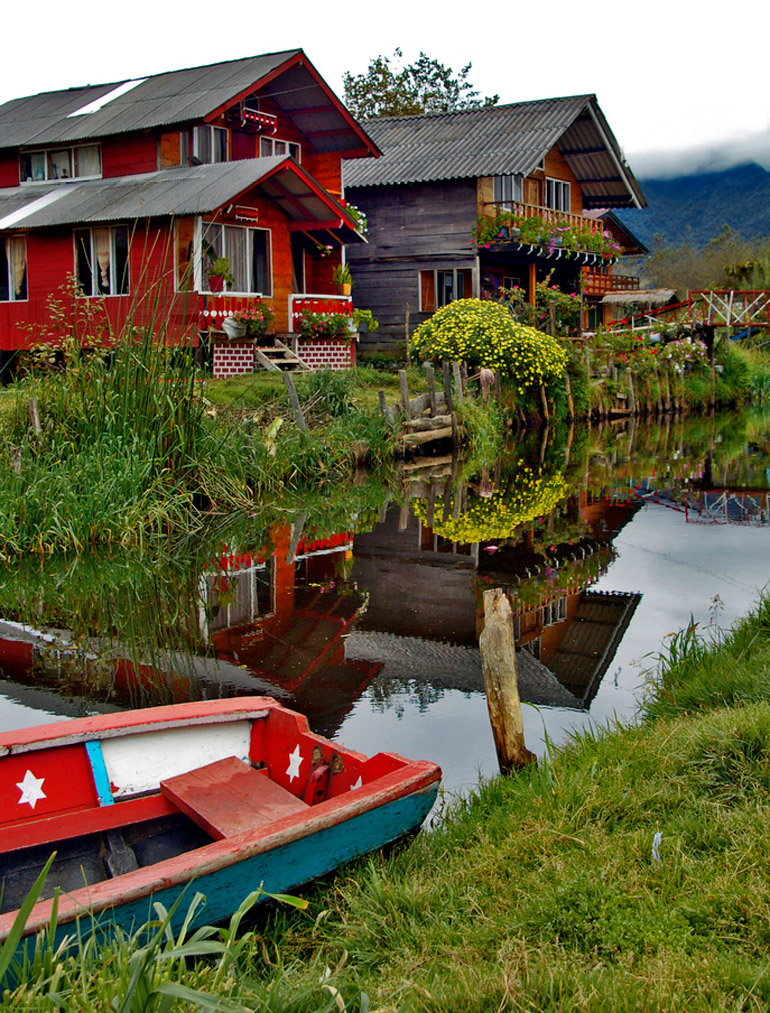 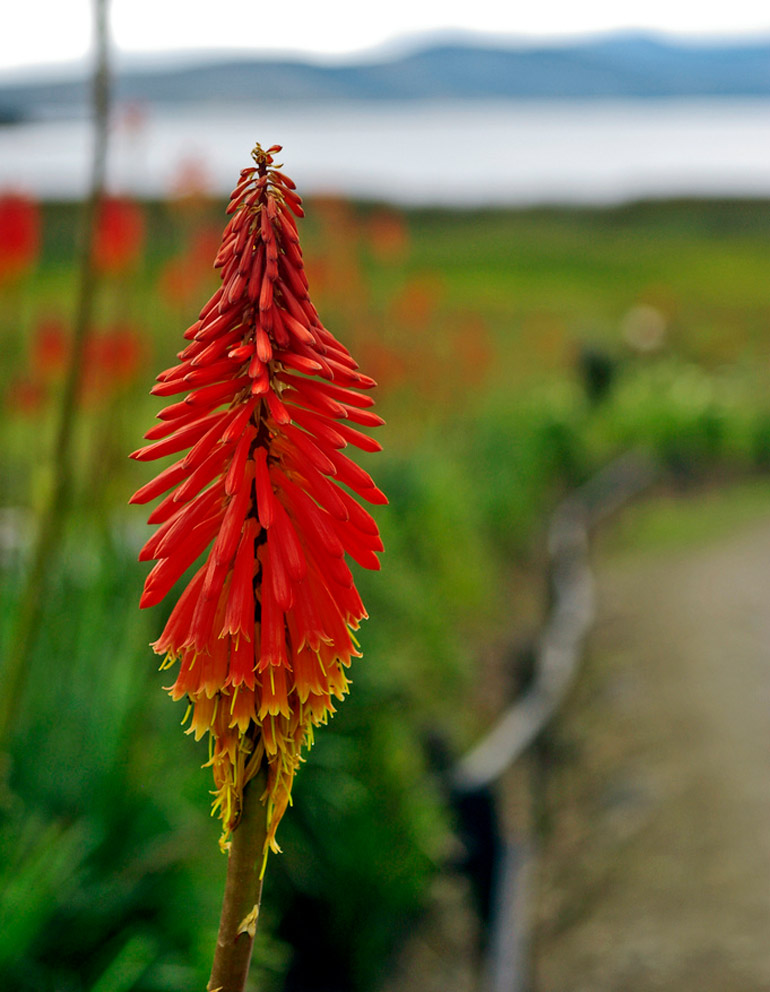 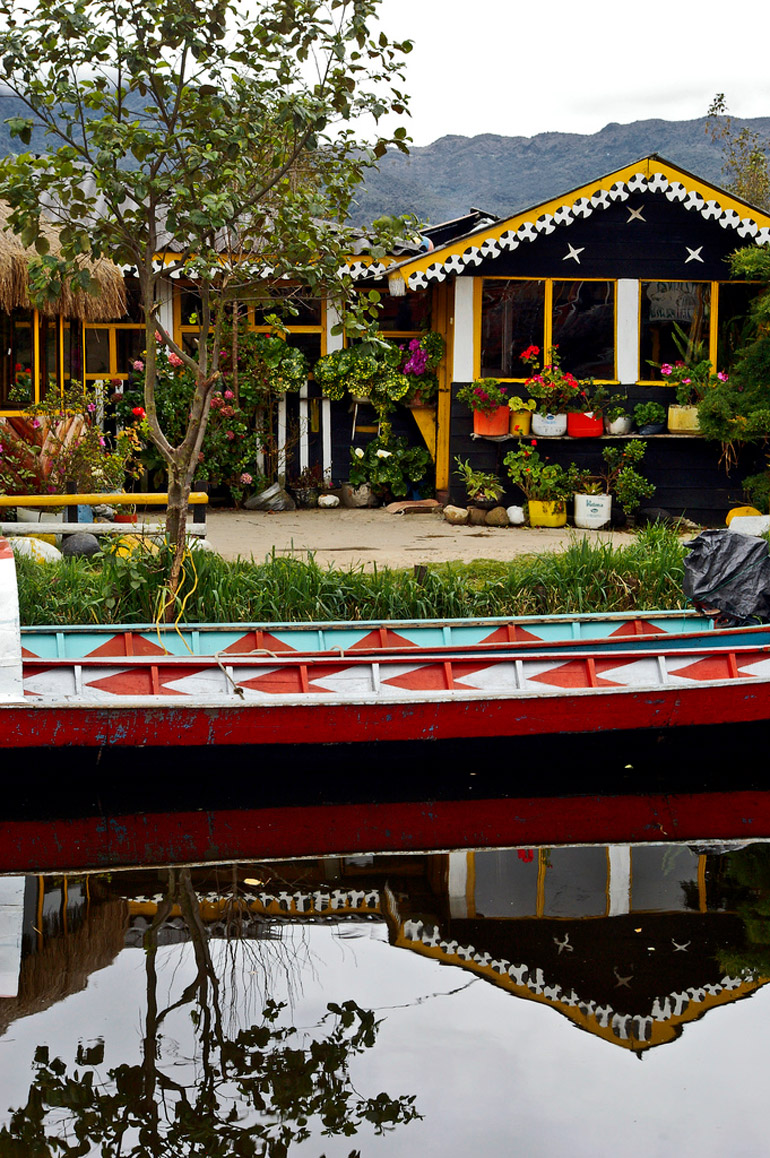