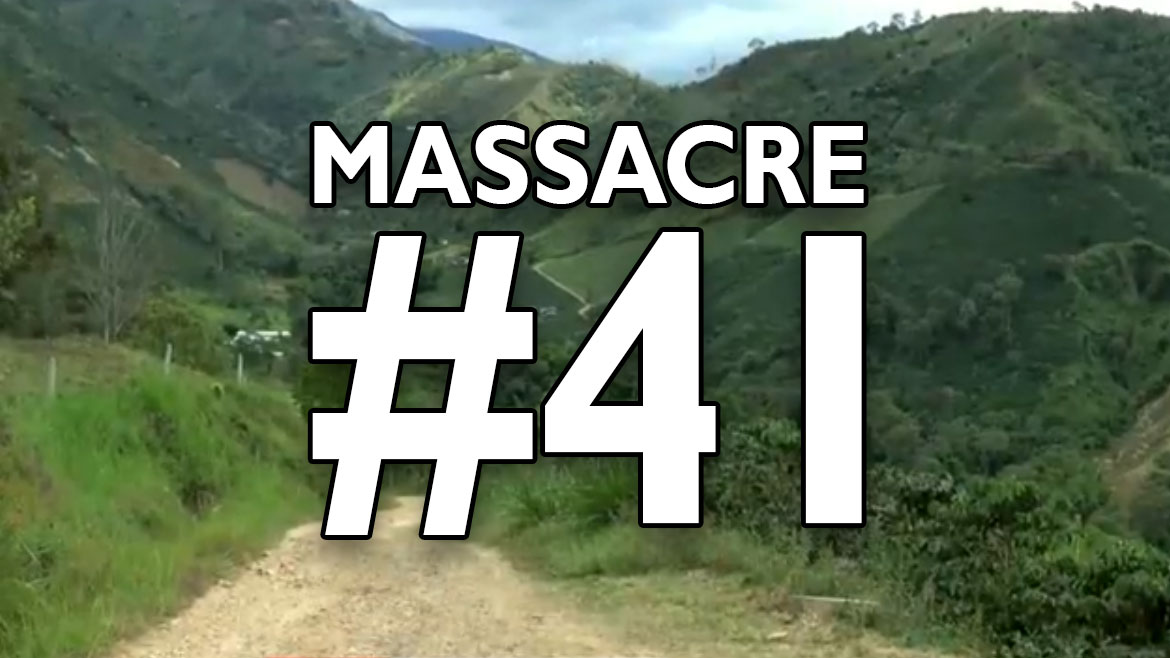 At least nine people were murdered in a massacre in a rural town in southwest Colombia, authorities said Monday.

The massacre in Algeciras, a town in the Huila province, is the 41st this year, according to think tank Indepaz, which monitors violence in the country.

According to local media, the farm where the massacre took place is owned by the father of a demobilized member of guerrilla group FARC who is currently employed by the National Protection Unit.

According to newspaper El Tiempo, the bodies were found by members of the National Army, which reportedly told the newspaper that among the victims is one woman.

Former members of the FARC, who formed a political party in 2017, as well as their family members have been the target of assassinations since the former guerrilla group signed peace with former President Juan Manuel Santos in 20016.

This year alone, 25 former guerrillas who are taking part in a reintegration program have been assassinated, according to Indepaz.

Despite having formed a special investigation unit, the notoriously ineffective Prosecutor General’s Office has failed to successfully prosecute the perpetrators in these killings.

In regards to the massacre in Huila, the prosecution didn’t confirm the media reports or announce an investigation.

The prosecution’s failure to carry out its duties have historically been a problem, which seems to have gotten worse after the appointment of chief prosecutor Francisco Barbosa last year.

Barbosa is a long-time friend of President Ivan Duque, whose far-right Democratic Center party has opposed the peace process with the FARC since before its negotiation.

The president and his party’s political patron, former President Alvaro Uribe, have been accused of ties to drug traffickers and violent far-right groups.

The FARC and the United Nations, which monitors the peace process, on multiple occasions called on the authorities to increase efforts to improve the security of those taking part in the peace process.