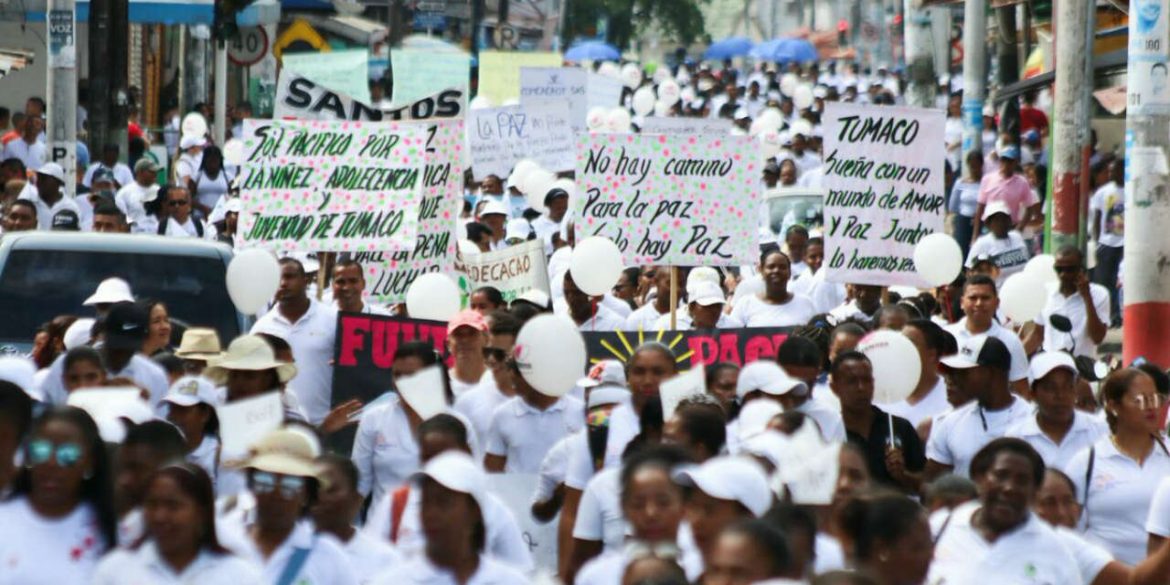 Locals in Colombia’s southwestern Tumaco massively took to the streets in a mass demonstration against ongoing violence and persistent state neglect in their city.

Locals wore white outfits and held banners reading ‘Tumaco can’t tolerate any more” and “the most despicable act in bad times is the silence of good people,” marching through the streets of their war-torn city.

Tumaco has seen a spike in crime in recent times, with armed groups streaming in to seize control over the city’s neighborhoods and coca-rich rural areas following the demobilization of the FARC.

It is estimated that Tumaco is home to 15% of the total coca grown in Colombia, more than any other municipality in the country.

The military said it deployed 2,000 soldiers in the municipality in December, but has since failed to report results, according to the locals.

“What is needed today is social investment, the display of strength is good, but what happens in Tumaco is a historical abandonment,” said Nariño Governor Camilo Romero.

This ‘historical abandonment’ Romero talks about is the systemic neglect from Bogota in a region that has remained without a strong state presence for years.

While the 2016 peace deal with the FARC guerrilla organization was meant to rejuvenate rural areas with upgrades to infrastructure, health, education and agriculture, it has instead been armed criminal groups stepping in to fill the void.

Dissidents members of the now-dembolised FARC organisation have come into areas such as Tumaco, and all installed themselves as the de-facto authority.

They tax local businesses, just as the state does, but also extort grocery stores and other small merchants.

As a result of the state abandonment, tensions in the border area have led to “the closure of commercial establishments, increased unemployment and generated a worrying social and economic degradation,” according to a letter community leaders sent to President Juan Manuel Santos.

“We demand from the government concrete and effective actions that allow us to safeguard our tranquility, preserving public order and our well-being, as is their duty,” one local told Semana newspaper.