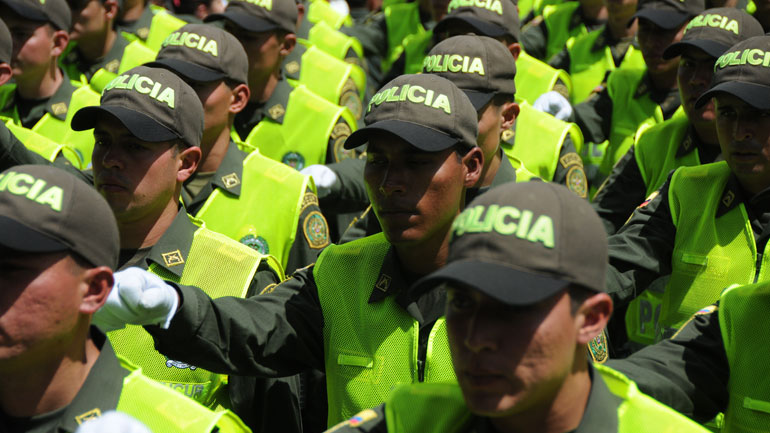 Colombia’s police are on high alert after at least six policemen were assassinated in incidents across the country. Authorities are speculating about the possible perpetrators.

Three policemen were assassinated at a street patrol post in the northern city of Cartagena, two were killed near the Ecuadorean border crossing and one was assassinated in Bello, a suburb of Medellin.

In the case of El Contadero, Nariño, the policemen were assassinated inside a barber shop. According to news website El Tiempo, the two might be victims of leftist ELN rebels, but also in this case police wouldn’t rule out organized crime groups.

The Bello policeman was assassinated in an area where local street gangs work with both local crime syndicate “La Oficina de Envigado” and the Urabeños.

This last group, according to Blu Radio, is behind the killings. The radio station claimed to have obtained a classified police report in which police units, particularly in the Urabeños-ridden provinces of Antioquia and Choco to be on maximum alert.

According to the radio station, the neo-paramilitary group has put a $650 bounty on each killed policeman, an intimidation tactic first used by slain drug lord Pablo Escobar in the 1980s.

The killing of policeman comes exactly at the time, top police officials are carrying out “socialization sessions” in which lower-ranked police is explained about a pending peace deal with the FARC, the country’s largest rebel group and arch enemy of the AUC, the Urabeños predecessor.