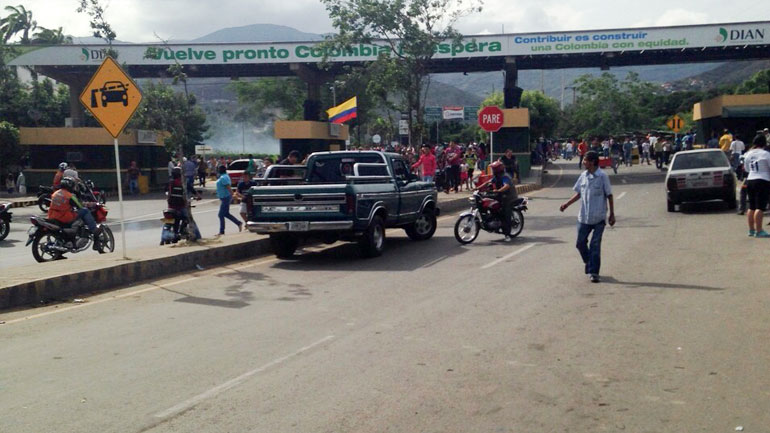 Shots and explosions heard at Venezuela-Colombia border amid protest

The main border check point between Colombia and Venezuela was closed on Wednesday amid fighting between Venezuelan guardsmen and supposed smugglers. One man was reportedly killed.

Local newspaper La Opinion reported that explosions were heard and that hundreds of presumed smugglers had mobilized and were burning tires, blocking the main road connecting the two neighboring countries.

One Colombian was killed and another was injured by the Venezuelan National Guard.

It is unclear if the death occurred during the protests or was the incident that spurred the unrest.

Gunfire has been heard and men in civilian clothing and armed with rifles were seen in the area, reported La Opinion.

The newspaper said that smugglers were fighting with Venezuelan guardsmen in charge of maintaining security on their side of the border.

Caracol Radio reported that Colombian authorities sent riot police to the border to curb the protests and the violence.

Locals from the border region, which is among the poorest in Colombia, depend on the smuggling of gas and food for their livelihoods.

Both Colombian and Venezuelan authorities have been trying to curb this illegal economy, but have faced resistance from the locals who have claimed smuggling is the only way to sustain themselves and their families.