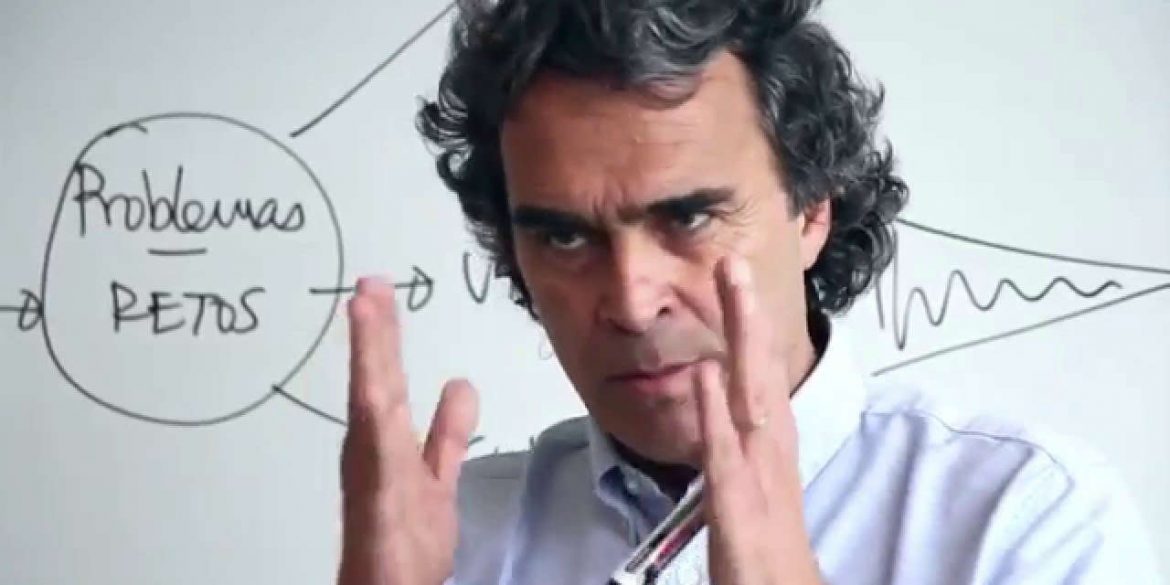 Sergio Fajardo, the losing candidate who could decide Colombia’s elections

Defeated candidate Sergio Fajardo has shaped as a key figure in deciding if Ivan Duque or Gustavo Petro will be the next president of Colombia.

Despite acquiring nearly a quarter of the total vote, the centrist politician failed to advance to the second and ultimate round of voting, falling just short of second-placed Petro by a mere one percent.

The centrist’s 23% of the voters may ultimately determine if right-winged Duque or left-winged Petro will be sworn in as president on August 7.

The stakes are high; “we can not allow violence to mark our lives again,” Fajardo said after admitting defeat on Sunday.

Duque has vowed to make unilateral changes to a 2016 peace deal with FARC guerrillas.

Fajardo, Petro and Liberal Party candidate Humberto de la Calle agree that this would pose a major threat to the fragile peace process and could reignite the country’s decades-long armed conflict.

According to Fajardo, “we must keep our word in relation to the peace agreements because Colombia needs to build peace”

But his supporters have been divided about whether they want to move as far left as Petro, a former guerrilla, to promote peace.

Only if the former Medellin mayor is able to convince them to back Petro, their coalition could obtain more than 50% in the second round.

The mathematician previously ruled out a coalition with Petro and has blamed the leftist for contributing to the polarization that has disgraced the election race.

A coalition with Duque is unlikely; the conservative candidate is supported by some of Colombia’s most fundamentalist politicians who have consistently opposed the peace process that could send some to prison.

Petro, who is a former member of the M-19 rebel group, is also a strong advocate on maintaining a deal that ended more than a half a century of war.

“We want to construct a forward-thinking Colombia, so that our children and grandchildren and those beyond may forget the word massacre,” Petro said in March.

Duque gained a 14% lead over Petro on Sunday’s vote, but if the leftist candidate can barter support from the 23% of the population that voted for Fajardo, he could cause a surprise during the second round of voting.

So far, Fajardo’s decision remains a mystery. Also on Sunday, the candidate made no hint about what his “Colombia Coalition” will do between now and the second round of voting on June 17.