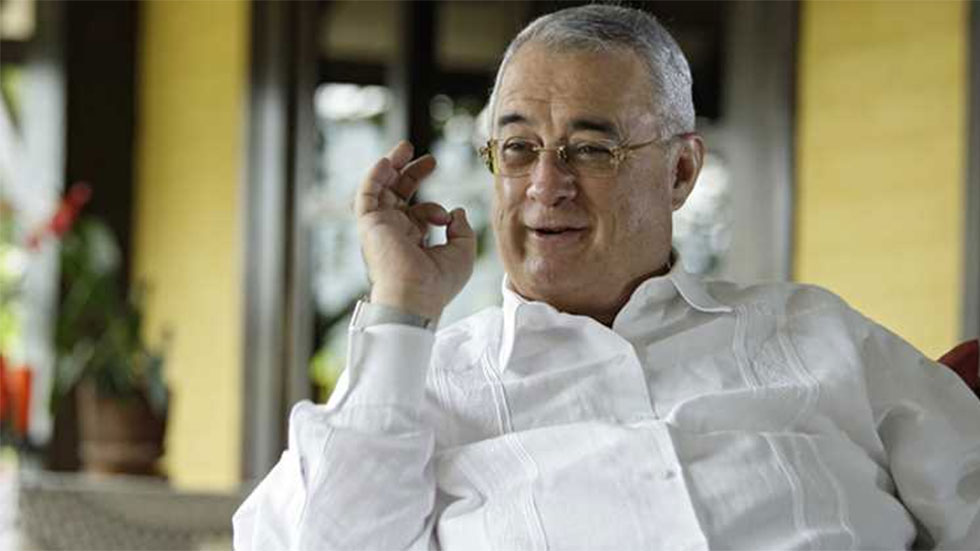 The secret mediator who helped guide Colombia to peace deal

For more than a decade, Henry Acosta regularly headed into Colombia’s mountains and jungles on foot and mule, fording rivers and evading military intelligence on a secret mission to promote peace between the government and Marxist rebels.

There had been several attempts before in the 1980s and 1990s, but all ended in failure, with the war bloodier and the guerrillas of the Revolutionary Armed Forces of Colombia, or FARC, stronger after each lull.

Acosta, an economist and former agriculture expert at the United Nations, became involved following a chance meeting with a top FARC commander in 1998, his first step in a journey that ended with this year’s pact to end a half-century conflict that killed more than 265,000 people.

Peace between Latin America’s oldest guerrilla army and President Juan Manuel Santos’s government will be signed on Monday after four years of negotiations in Cuba.

The final hurdle will then be a plebiscite on October 2, which polls indicate will pass easily.

“I was patient, confident, positive, discreet, resolved and above all transparent with both sides of the conflict,” Acosta, 67, told Reuters at his home in the western city of Cali, saying he was often called upon to counsel both sides behind the scenes to help break deadlocks in talks.

Traveling back and forth between Colombia and Cuba, Acosta had the ear of both Santos and FARC leaders.

In 2013, he helped persuade Santos to stay at the negotiating table when the president was angered by the FARC’s attempt to expand the agreed agenda.

“That was a really serious crisis,” he said, adding that Santos’ own advisers had told him to walk away.

Acosta’s odyssey began 18 years ago when his truck was stopped by FARC fighters as he headed along a dirt track in western Valle del Cauca province to inspect agriculture projects on behalf of some local businessmen.

The rebels took Acosta to their commander “Pablo Catatumbo,” demanding he explain his presence in guerrilla territory. Instead of taking him hostage, as the FARC frequently did, Catatumbo spent hours talking politics and current affairs with Acosta.

“We had a very long conversation, all day, and I ended up staying because it was too late to leave. That’s how it all began,” said Acosta, recalling that Catatumbo invited him back to the rebel camp to bring books.

Acosta’s role in bringing the FARC and government together for talks was confirmed by top officials, including government peace negotiator Sergio Jaramillo.

“Henry played an extremely important role. We started exchanging messages with the FARC through Henry Acosta,” said Jaramillo, who is also high peace commissioner. “Without Henry none of this would have happened, that is the reality.”

Acosta’s dealings with the FARC were not always easy and his role as a mediator – visiting rebel camps dozens of times – began in difficult circumstances.

In 2002, the FARC kidnapped 12 lawmakers from Cali, including the son of a close friend.

Acosta sought to intervene for his friend and negotiate their release with Catatumbo. But the FARC often used high-profile captives as bargaining chips and refused to release them. Years later, 11 of the lawmakers, including his friend’s son, were shot dead by the FARC.

But Acosta’s intervention triggered interest from then President Alvaro Uribe, who asked him to take a message to Catatumbo and then FARC leader “Alfonso Cano.”

The hardline Uribe, whose eight-year military offensive debilitated the rebels, was not interested in negotiations: he wanted surrender.

“Henry, I’m not going to negotiate anything. I have to make them surrender. Tell them to turn in their weapons,” Acosta recalled Uribe as saying as he handed him a letter asking for a secret meeting with the FARC.

While Uribe’s efforts – known to only a few of his inner circle and not the wider military – ended after he left office in 2010, Acosta wrote to new president Santos and asked him to keep the possibility of peace alive. Santos accepted.

“Tell them yes, if Pablo Catatumbo and Alfonso Cano come to a meeting, I’ll go too,” Acosta cited Santos as saying.

“It was one of the happiest days of my life” when the FARC accepted, added the jovial and bespectacled Acosta.

Secret meetings first took place with FARC leader Cano. But in November 2011, he was killed in an air raid, and Acosta feared negotiations would be scrapped.

Two days later, however, he was invited to meet the FARC close to where Cano died.

As army helicopters flew above the bomb site, a message from Catatumbo was relayed to him: “Tell the president everything we have discussed stands, this does not affect the dialogue.”

The peace plan was revealed in August 2012 and tricky negotiations concluded last month with a final accord.

“Once peace is signed, I’ll be able to shout out ‘my life was worthwhile,” said Acosta with a smile.