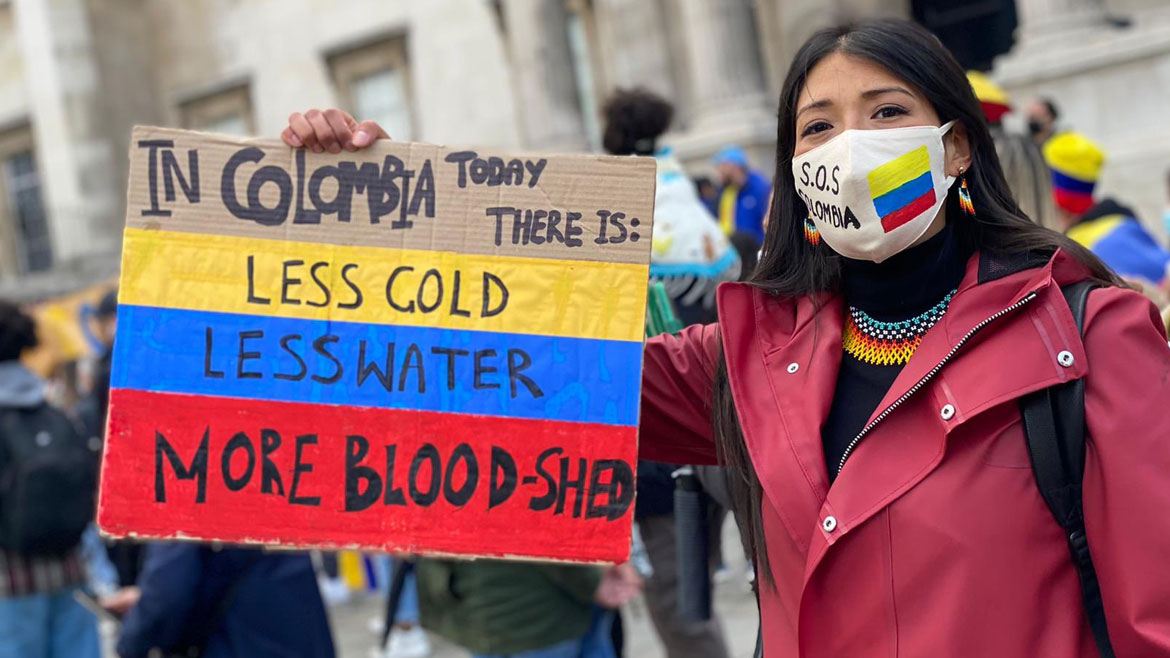 As UK-based scholars conducting research in Colombia, we express our horror at recent events in Colombia, and call on the British government to support calls to protect the right to peaceful protest.

Since the beginning of the National Strike on 28 April, over 380 people have been reported as disappeared. At least 20 people have lost their lives in clashes between the armed forces and protesters, and there have been widespread reports of the use of sexual violence, racialized persecution and indiscriminate force against protesters.

We are committed to supporting our partners and colleagues in Colombia. We admire the way in which university leaders in Colombia have offered to act as a bridge for dialogue between social movements, communities and interest groups. We offer our own good offices to support this dialogue from afar in whatever way possible.

We call on the UK government to do everything within its power to stop the violence and to encourage efforts for meaningful national dialogue and the resolution of the structural problems of inequality and impunity that have shaped the protests over the last days.