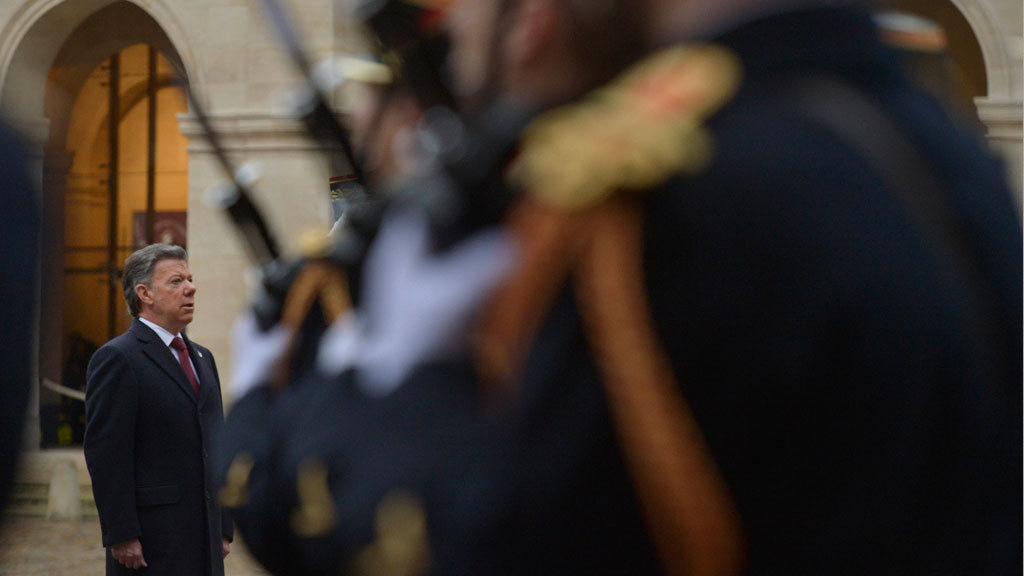 Colombia President Juan Manuel Santos on Monday reiterated his country’s solidarity with victims of a Muslim extremists’ attack in Paris while on an official visit to France while stressing the need for continued cooperation in the fight against terrorism.

The president arrived on Sunday, a day ahead of a busy schedule that includes laying flowers at a monument for the freedom of expression in response to simultaneous attacks on the Charlie Hebdo satirical magazine and a Jewish supermarket that killed 17.

“A few days ago, as everybody knows, France was the target, was the victim of a terrorist attack. We now have the opportunity not just to express our condolences, our solidarity, but also to see how we continue fighting terrorism,” said the head of state and former editor in chief of Colombia’s leading El Tiempo newspaper.

Before meeting with French President Francois Hollande, the Colombian head of state praised France for its continued support for Colombia that is currently negotiating peace with two leftist rebel groups deemed terrorist organizations by the European Union.

“The French have been helping us and have also been thinking of the post-conflict,” said Santos.

“From the beginning, France has been very interested in supporting the peace process, it has supported all initiatives on European Community [sic] level and we will begin talking about concrete issues like the peace process and the post-conflict.”

The Colombian president said the French “are very interested in seeing how they can help more.”

Until her release in 2008, Paris was closely involved with effort to seek the release of the high-profile hostage.