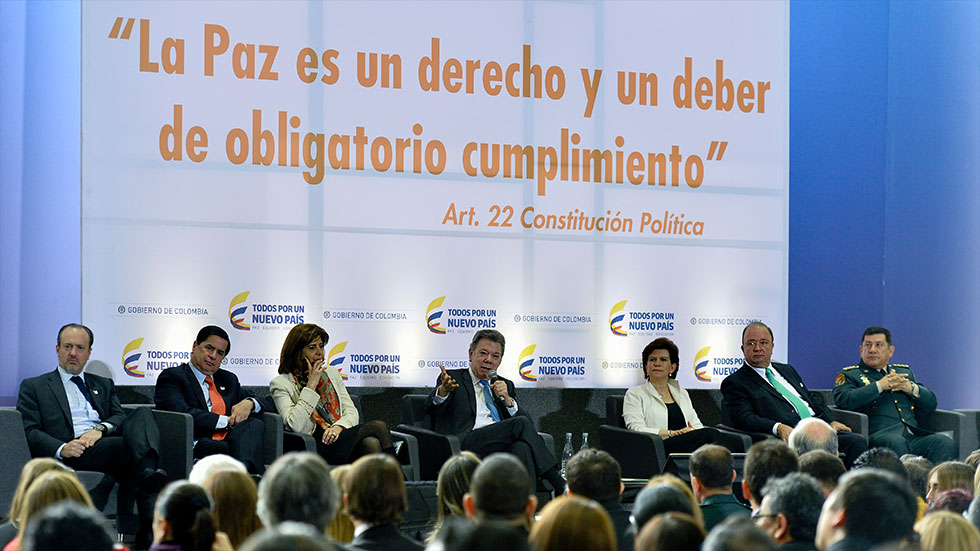 Coca-Cola, state-run oil company Ecopetrol and 55 other companies appeared on a leaked prosecution list of companies who could face criminal charges for supporting terrorism if peace with the FARC is signed and a transitional justice tribunal take force.

Over 100 companies have been named by demobilized paramilitaries as financiers of the AUC, the paramilitary group who carried out more than 130 massacres and displaced millions.

More than 13,000 individuals, including state officials and businessmen, are already on trial for allegedly supporting the AUC, a designated terrorist group until its mobilization in 2006.

Among those not yet on trial, but facing serious accusations are major multinationals such as Coca-Cola, Chiquita Brands and Drummond, but also a large number of Colombian companies.

This is what is stirring up the concern as many paid the AUC, either because they supported their far-right cause or because they were extorted.

Santos assured that the vast majority of businessmen with alleged to paramilitary groups will be able to have their names cleared in the “Special Jurisdiction for Peace.”

Santos confirmed that those who “are responsible for crimes against humanity, only in these cases, can be tried by the Special Tribunal.”

Santos accused the circulation of the list of companies of having intentions “to generate fear, to generate concern” and said that it forms part of the disinformation that has characterized the peace process.

The head of state tried to calm this fear and worry among the corporate world by promising the suspension of sentences.

He urged businessmen to come before the Tribunal Court and confess their participation in funding the war.

The decision comes due to efforts to end ties between elites and illegal armed groups, a phenomenon called “paramilitarism” and move forward with the peace agreement.

Santos emphasized the importance of the peace process for businessmen and the transitional law that comes with it by questioning “What would happen if there was no peace process right now? All of these businessmen, sooner or later, would be called by ordinary law to be tried.”