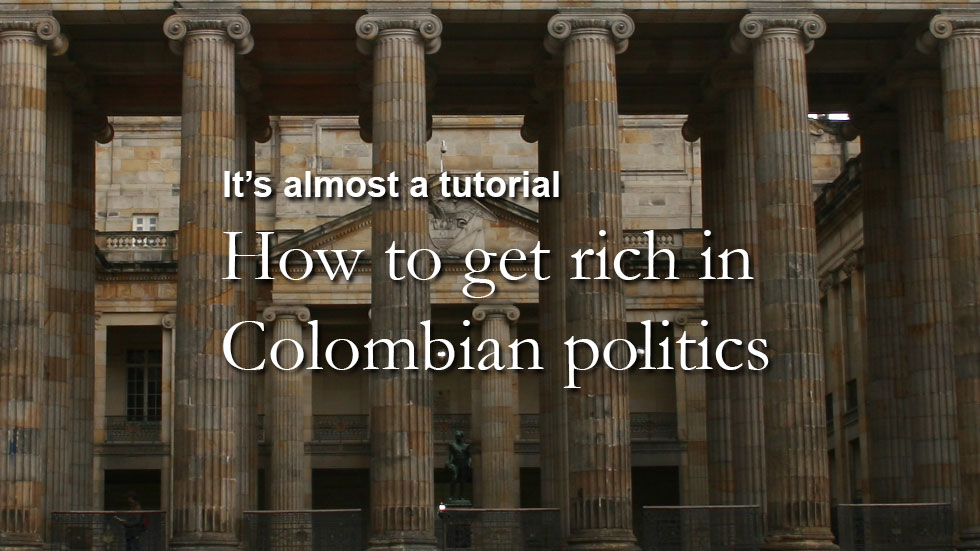 This was revealed by a group of news media that had verified voluntary claims made by the President’s Office it had granted a total of $345,000 in contracts to Marketmedios, the family company of disgraced Santos ally Roberto Prieto.

Prieto has admitted to funneling illegal funds from Brazilian engineering company Odebrecht into Santos’ 2010 campaign and is accused of having done the same in 2014.

The investigation revealed Prieto has been assisting Santos politically since 2000 when he was the director of the Good Governance Foundation, a non-profit organization founded by Santos to support his political ambitions and currently led by the president’s son, Martin Santos.

With the rise of Santos in politics, Prieto’s ties to current president has been an increasingly lucrative business, or so it seems.

Between 2006 and 2010, Prieto was both president of Marketmedios and the finance chief of the U Party, founded by Santos and former ally Oscar Ivan Zuluaga in 2005 to offer congressional support for then-President Alvaro Uribe.

Between 2006, when Santos became Defense Minister, and the end of Uribe’s second term in 2010, Marketmedios made its first $2.9 million executing government contracts.

Prieto resigned from Marketmedios in 2010 to become Santos’ campaign manager on behalf of the U Party he had financially managed, according to the investigation.

With the admitted illegal financial support of Odebrecht, Santos won the 2010 elections after which Prieto’s company began making serious money.

Since 2011, the company has received $17.5 million in government contracts, not just from the President’s Office that had released records, but from other government bodies too.

Marketmedios’ largest contract was organizing the 2012 Americas Summit for the Foreign Ministry as part of a consortium of companies that bad on the $19.2 million contract.

The Foreign Ministry said the contract was granted without irregularities.

According to a 2014 report from Colombia’s Comptroller General’s Office, Marketmedios had become the 24th largest government contractor that year. The report said the company had been granted $3.4 million between July 2013 and January 2014 alone.

Santos on Thursday was called to testify before electoral authority CNE, together with the party bosses of the Liberal Party, the U Party and the Conservative Party who jointly supported Santos’ 2014 campaign.