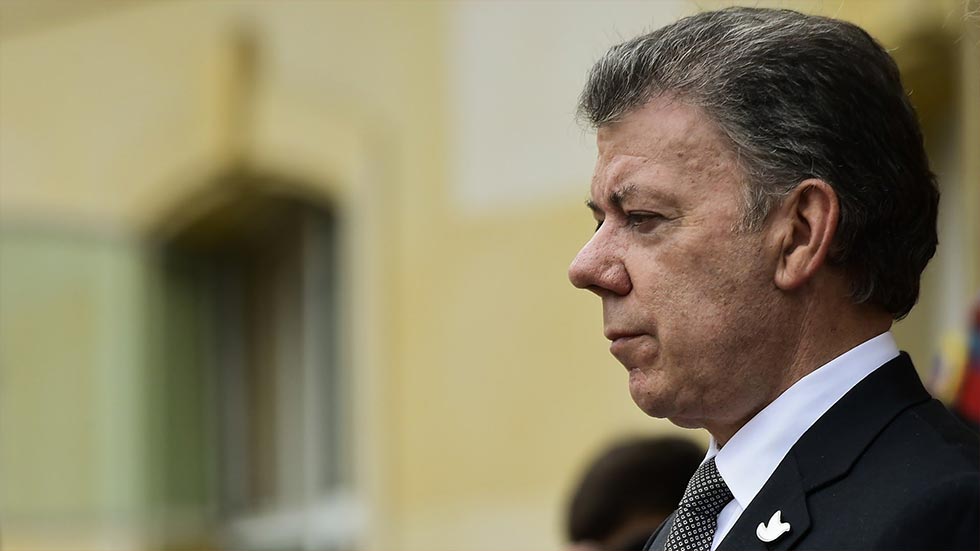 The approval ratings of Colombian President Juan Manuel Santos have plummeted to 21%, the lowest measured by Gallup Colombia since he took office in August 2010.

The survey was carried out between 22nd April and 1st of May in Bogota, Medellin, Cali, Bucaramanga and Barranquilla through 1,200 phone calls.

It found that Santos’ ratings have fallen dramatically in over the last few months — as recently as December they was 42%. Not great, but a sight better than they are now.

The peace talks have cost Santos

The peace talks are a controversial topic and Santos has firmly placed himself on one side.

Only 28% of people believe that peace talks with FARC rebels with come to something. This number is up from 17% in February.

Moreover, 66% of people believe the talks are taking a bad path and they will come out with a bad deal. Even though Santos is not alone in the negotiations, this is on his head.

Regarding peace talks with ELN, the poll found that 56% were in favor with beginning them, but 40% were explicitly against it.

The peace talks are a divisive issue and Colombians are broadly pessimistic about them. Santos has invested in their success, which will not have helped his ratings, and his legacy will rest on the outcome.

Beyond the peace talks, Colombians are unhappy with Santos’ management of many policies. The sale of ISAGEN is a specific example of an very publicized and unpopular event that will have damaged his ratings.

However, the survey indicated widespread dissatisfaction with his management of general social issues such as healthcare, poverty reduction, unemployment, childcare, security and the environment.

When Santos took office he did so with an approval rating of around 80% which he had inherited from his successor and endorser, Alvaro Uribe.

Nowadays, Santos and Uribe are political enemies. Uribe remains popular in Colombia, which means that Santos’ ratings have suffered as you would expect.

As the months have passed since August 2010, his ratings have consistently dropped until they reached their current level at 21%. That is a drop of 59% over the course of his presidency.

Quite simply, 74% of Colombians feel that things in Colombia are getting worse, and it looks like Santos is the one they blame.