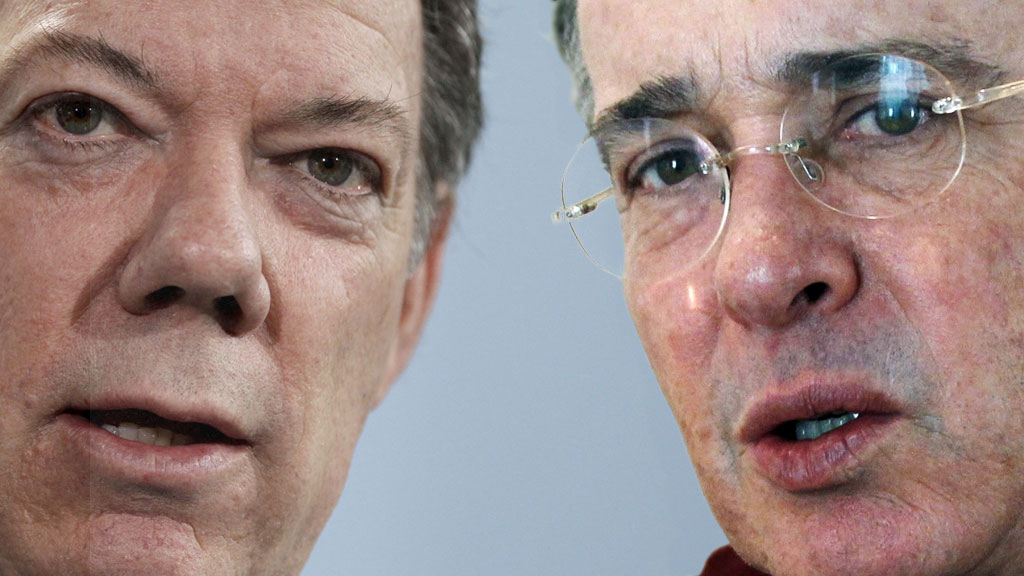 Colombian President Juan Manuel Santos slammed down ex-president Alvaro Uribe’s proposal to prolong peace talks between the Colombian government and rebel group FARC, stating that the plea “has no logic.”

Uribe on Sunday urged the Colombian government not to rush ongoing peace negotiations with FARC rebels to avoid the signing of “harmful agreements” with what he considers “a narco-terrorist group.”

Uribe urges not to rush peace deal with FARC

In a letter to Inspector General Alejandro Ordoñez, the former president suggested that the peace talks would have better results if Santos “prolongs the period of conversations, as much as necessary.”

Santos forcefully hit back at his opponent, stating on that he “has no logic.”

“I really mean to say that those who say we have to prolong this have no logic,” the Colombian president added.

Uribe’s letter to the inspector general also responded to the invitation extended to him last week to represent his party in a commission that is set to accompany Santos in the “final phase” of peace talks with the country’s largest rebel group.

Uribe, now a senator of the opposition Democratic Center Party, declined the invitation and used the opportunity to launch into his criticism of the Santos administration’s handling of the peace talks. This is an exercise he has committed to ever since negotiations between the two parties began in November 2012.

Santos responded to the former president’s rejection of participation in the Advisory Committee by reiterating the value of differing viewpoints around the table.

“The more people we can bring to the table who have been critical or even against the process, the more strength we will have to achieve peace. Peace must be put above any partisan violence,” said the Colombian president on Monday.

“They will not have any ties, they can remain independent and they are providing a service to the country. I wanted to invite persons unrelated to the government to find a common denominator,” Santos affirmed.

The Advisory Commission for Peace will begin its work on Monday. It is the latest positive step in the developing peace negotiations, following last week’s suspension of air strikes against the FARC, a rebel announcement to end child recruitment and an agreement to jointly begin the clearing of landmines.

Despite this, Uribe and his party continue their claim that the peace talks unjustly legitimize the FARC as a political actor while undermining justice for the thousands of war crimes committed by the rebels in their 50 years of existence.

Last week Uribe attacked Santos’ suspension of air strikes, which will allow the approximately 7,000 armed FARC members to rest without fear of attack from airplanes overflying their camps for the first time in years.

“The suspension of air strikes against the FARC is giving way to the narcoguerrilla to continue committing crimes and causing intimidation,” claimed the ex-president in a press release.