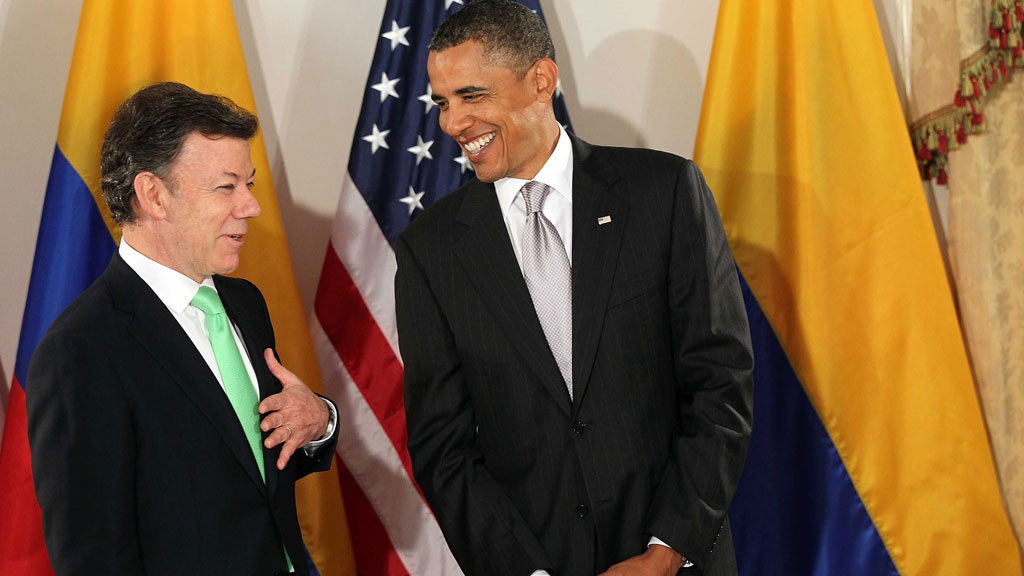 The president also congratulated US President Barack Obama and State Secretary John Kerry for their “courage” in securing the deal.

“This is another triumph of diplomacy over confrontation,” Santos said in a video message published on social media and his website.

Earlier on Tuesday, both Obama and Iranian leader Hassan Rouhani announced the deal in which the Islamist government of Iran vows to scale back its nuclear activities, while the US and its allies lift a trade embargo.

Negotiations had been ongoing since 2006, but were stepped up in 2013.

Santos said he also wanted to take the opportunity to “congratulate President Obama and Secretary Kerry for their courage in taking this step.”

The deal is the latest in a series of diplomatic efforts to lift the sanctions that had been imposed on Iran in 2006 amid fears it was using its nuclear facilities to produce bombs.

Israel, an ally of both Colombia and the Unites States, rejected the deal. Primer Minister Benjamin Netanyahu claimed the agreement was a “stunning historic mistake.”