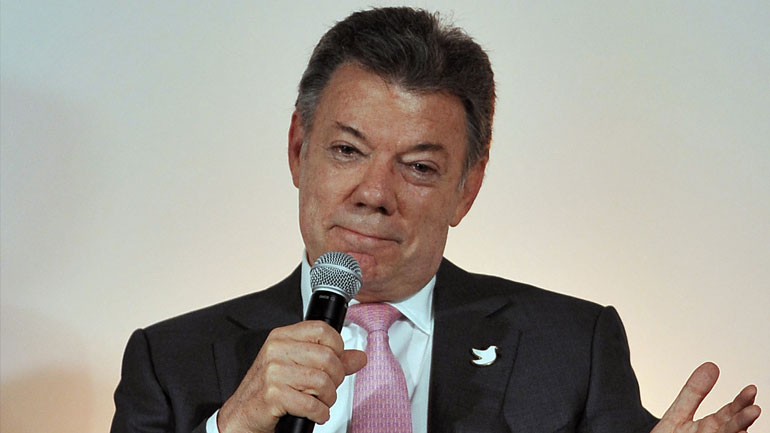 Colombian President Juan Manuel Santos continues to suffer abysmal approval ratings in the country’s cities due to ongoing dissatisfaction over unemployment, crime and a lack of progress in ongoing peace talks with rebel group FARC.

The president once was popular. When Colombia elected Santos for the first time in August 2010, his approval rating was between 74% and 80%, depending on the pollster.

However, since then the president’s popularity and approval rating slowly began sinking, hitting an all-time low early this month when pollster Datexco registered a 22% approval rating.

The latest poll, carried out in urban centers by pollster Ipsos-Napoleon, showed a slight increase in approval of the president compared it its last poll at the end of April, when it registered an approval rating of 25%. This is now 28%.

Nevertheless, 75% of urban dwellers said that the president has failed to live up to the promises made when successfully running for reelection in 2014 in spite of having a higher disapproval rating than approval rating at the time.

The only policies that can count on majority approval are foreign relations and housing; the president has made major investments in the construction of homes for the country’s poorest inhabitants, many of whom have been displaced by the country’s 51-year-long conflict Santos is seeking to end.

However, a failing public security policy in cities, unemployment, and crises in the country’s justice and health care systems count on abysmal approval ratings from the country’s urban dwellers.

Curiously, Colombia’s most popular public official is the director of the National Police, General Rodolfo Palomino, responsible for the least popular policy; that of public security in the cities.