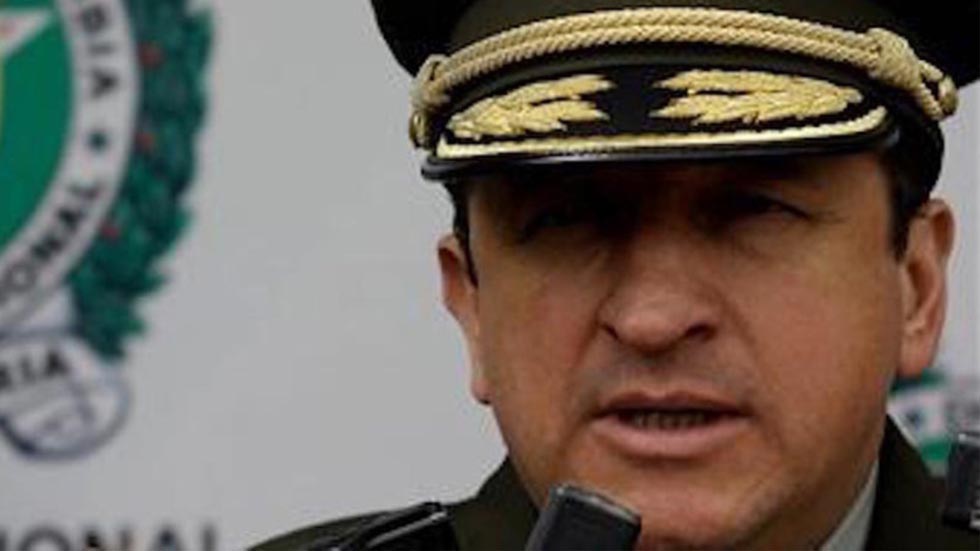 The former security chief of Colombia President Juan Manuel Santos is investigated for being the alleged mastermind behind the spying on journalists investigating police corruption and misconduct, local media reported Monday.

Retired General Luis Gilberto Ramirez was the presidential chief of security from December 2011 until January 2016 when he surprisingly stepped down.

Ramirez’ resignation came only a month before that of Colombia’s National Police Director, General Rodolfo Palomino, was was facing accusations of sexual misconduct and the spying on journalists.

Both Ramirez and Palomino resigned amid a ballooning scandal over a gay prostitution ring called the “Community of the Ring” that pimped police cadets to to government officials.

A number of journalists investigating this and other possible scandals had filed criminal charges against the National Police after finding out they were shadowed and their communication was wiretapped.

The charges spurred a criminal investigation by the Prosecutor General’s Office in December.

This investigation has now led to its first prime suspect, Ramirez, who is now the subject of a preliminary investigation.

According to prosecutor Jorge Perdomo, Ramirez is suspected of having spied on the journalists in an attempt to discredit Palomino, an alleged rival within the National Police department.

In an interview with radio station Blu Radio, Perdomo surprisingly denied his office has been able to establish the existence of the Community of the Ring, contradicting earlier Defense Ministry statements acknowledging the existence of such prostitution ring.

“We do know that there have been some cases; a colonel whose name I don’t remember who had benefited from the sexual favors of a number of police officials,” Perdomo told Blu Radio.

In spite of numerous former police cadets who have come out confirming the existence of the Community of the Ring, the prosecutor did not rule out the possibility that sexual misconduct within the police had been exaggerated with the intent of removing Palomino from his post.