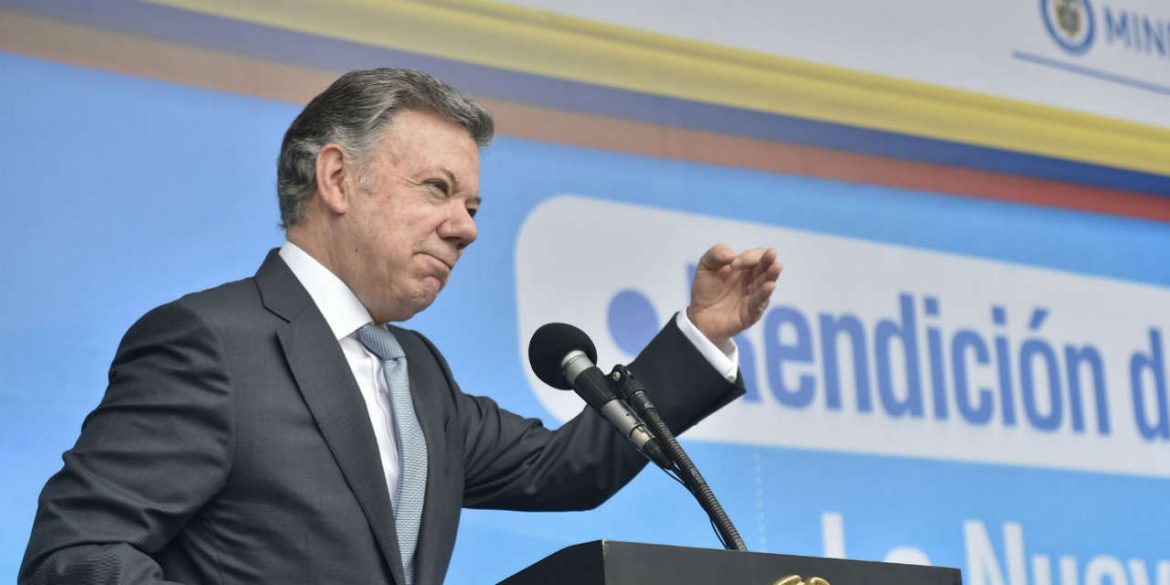 Santos, who will leave office on August 7, has been promoting a revision of global counter-narcotics policies since he became head of state in 2010.

“We’ve been at this for more than 40 years,” Santos, who reiterated that “we are not winning” the US-led “War on Drugs.”

This was confirmed by Washington DC on Monday. According to US “drug czar” Jim Carroll, cocaine production in Colombia has reached record levels.

As part of a peace process with demobilized FARC guerrillas and with the support of the United Nations, Santos last year embarked on a major program that seeks to combat cocaine production through rural development.

According to the United Nations Office on Drugs and Crime, only economic development and crop substitution are proven long-term solutions to illicit crops.

For the first time Colombia has a plan, a viable and effective strategy to combat this scourge more effectively.

Whether Santos’ plan is still alive in a few months remains to be seen though.

The crop substitution program has only just begun, is chronically underfunded and has received little support from any of the UN members states.

Also the United States, one of the few countries that effectively supports Santos’ long term strategy, needs more immediate results as it is dealing with one of the worst drug abuse crises in history.

Santos’ successor, the conservative Ivan Duque, has shown little interest in his country’s peace process and has promised a hard-line approach on coca cultivation, including increased forced eradication and the use of aerial fumigation.

But as global drug consumption seems to have reached a new high, also Duque is unlikely to be able to present lasting successes when his term ends in 2022.