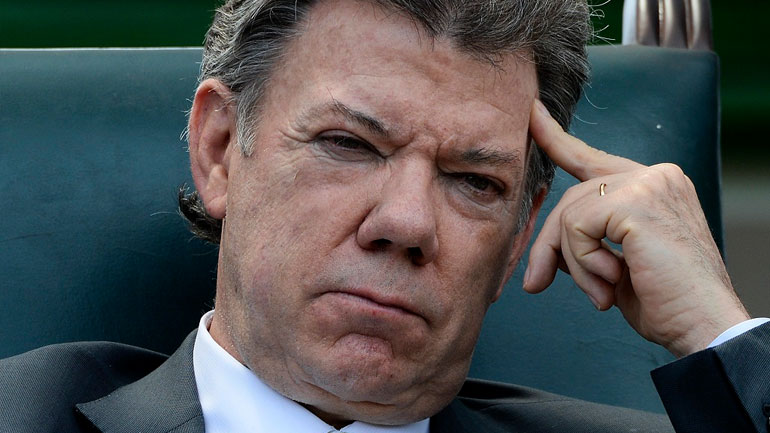 The urban approval rating of Juan Manuel Santos continues to sink. According to the latest Gallup poll, Colombia’s president can count on the approval of only 28% of Colombians living in cities.

The latest approval rating is the lowest since August 2013 when the president received fierce criticism over large-scale rural protests that virtually shut down the country.

The latest drop in approval seems to be spurred by an explosion of violence by the FARC, Colombia’s largest rebel group that resumed attacks on infrastructure and security forces on May 22 after five months of a unilateral ceasefire in support of ongoing peace talks.

No more than 12% of Colombia’s urban dwellers is optimistic about Santos’ dealing with guerrilla groups like the FARC and the smaller ELN. A staggering 77% disapproves of the government’s policy.

For the first time since peace talks with the FARC were announced in August 2012, those urban dwellers disapproving of those talks have exceeded those approving of the talks as the best solution to end Colombia’s 51-year-old conflict.

Some 62% of urban Colombians said to have no faith the talks will result in an end of the conflict against 33% who do.

However, it’s not just the guerrillas who are dragging down Santos’ approval; Government policies on corruption, cost of living, public security and environment can count on record-breaking pessimism.

Santos began his first presidential term in August 2010 with an urban approval rating of 74%, but has since lost most of that popular support.