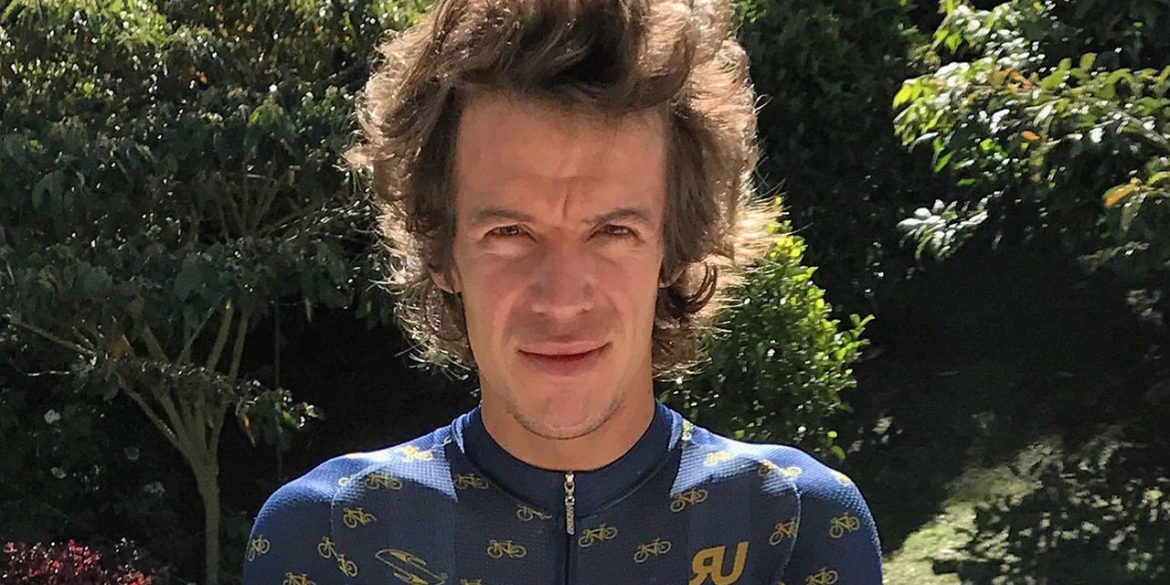 Colombian cyclist Rigoberto Uran was born January 26, 1987 in the town of Urrao in Colombia’s central state of Antioquia. He discovered his talent for cycling at the age of 14 when he won his first race, a time trial.

“I didn’t even have racing equipment and clothing,” Uran recalled in local media, “but from that day my life changed.”

He was introduced to the sport by his father and mentor, who was tragically assassinated by paramilitaries when young “Riguito” was still a teenager.

In his father’s absence, Uran had to help his family by becoming a lottery ticket seller until he was 16 when he moved to Colombia’s second largest city Medellin to become a professional cyclist on the Orgullo Paisa team.

At the age of 19, he moved to Italy to ride for Team Tenax Salmilano and later for Unibet.com — sponsored by the online gambling website of the same name.

In 2007, Uran won the eighth stage of the “Tour de Suisse” in Switzerland, finishing ninth overall.

That same year he competed in the German “Deutschland Tour” where he was neck-and-neck with the eventual stage winner before he flew down a mountain stream and crashed into a retaining wall, fracturing both his elbows, his collarbone, and his right wrist.

After the crash, Uran recuperated for six months and lived in his adopted European home of Brescia, Italy where he has many friends and a “very special second family,” including a fan club of about 70 members.

“When I crashed at the Deutschland Tour in 2007, I broke a lot of bones, and they were there for me,” he said regarding the accident.

The following year, the young cyclist signed a contract with Italy’s Caisse d’Epargne team where he enjoyed three years of successful competition and acquired valuable experience that earned him a spot among European cycling’s elite.

In 2008, he finished second at the Volta a Catalunya and third at the prestigious one-day classic, the Giro di Lombardia.

Uran finished fifth overall at the Tour de Romandie in 2009 and ended up taking seventh place at the 2010 Tour de Suisse.

After leaving Caisse d’Epargne in 2011, the 24-year old climber went on to compete for Team Sky, a British-owned cycling team.

During his tenure at Team Sky, Uran finished 24th at the 2011 Tour de France and claimed his first victory for the team after winning the fourth stage of the 2012 Volta a Catalunya where he placed fifth overall. That same year, Uran began to rack-up more prestigious honors when he won the youth rider classification at the Giro d’Italia and earned the silver medal at the 2012 Summer Olympic Games in London.

“We were well-prepared but we didn’t win because it was a circuit that did not suit us. In the end, it was a surprise,” said Uran after taking second place at the Olympics.

Uran competed once again at the Giro d’Italia in 2013 for Team Sky, only this time he achieved second-place honors, becoming the first ever Colombian to make the podium at that event.

On May 22, 2014, Rigoberto Uran moved into first place of the Giro d’Italia after winning the 12th stage, which is the halfway mark of the race. However he was unable to consolidate his position and he finished second again in the general classification, this time behind his countryman Nairo Quintana.

In 2016, Uran joined the Cannondale pro cycling team and has stated that in 2017 he will be switching his main goal from winning the Giro d’Italia to finishing first in the Tour de France, cycling’s most prestigious stage race.

He won a stage in La Tour that year and finished second in Paris, the best performance in France ever by a Colombian rider.

Among his many hobbies and interests, traveling is favorite behind his passion for cycling.

During his childhood, little “Rigo” was a rebellious student who also stood-out for his intelligence in classrooms, where he showed a particular talent for hard work.

Rodrigo loves to train on his home roads in the mountains near Medellin at altitudes of 6,500 to 8,000 feet in elevation.

“Spectacular scenery! When I train, I love to look around; it’s a sort of mental yoga,” he said.