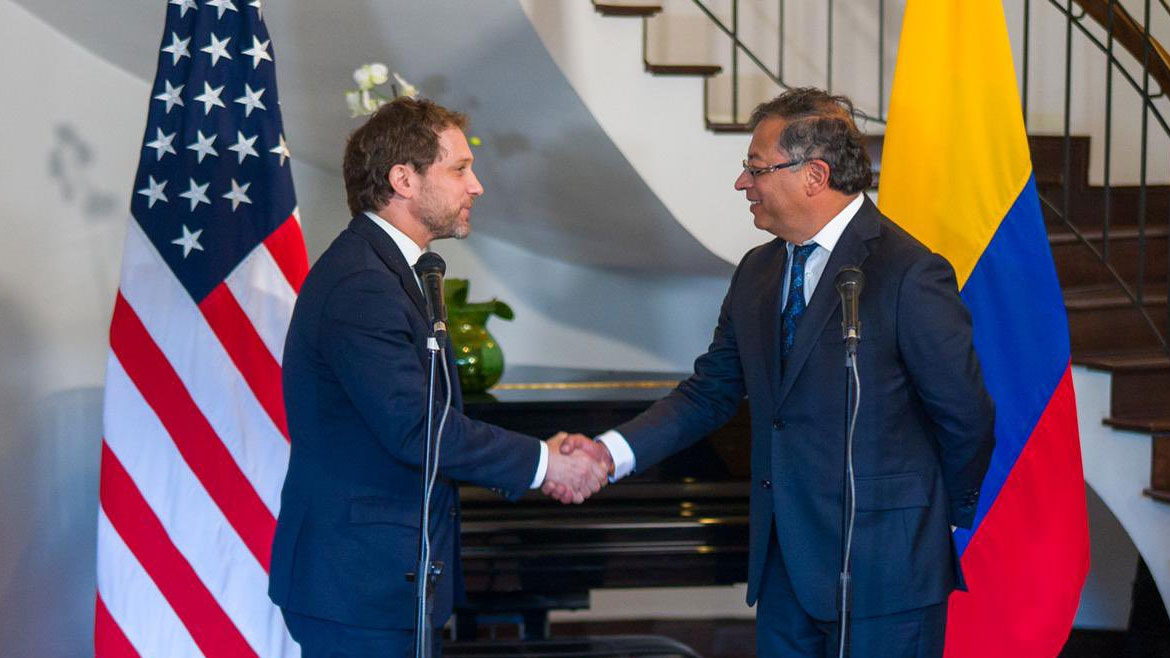 Reestablishing Colombia’s sovereignty; approaches to a new relationship with the US

Petro should push for bilateral relations among equals

The relationship between the governments of the United States and Colombia has been established since the 1820’s based upon a subservient model, which has never recognized each other as equals and is at this point is detrimental to the people of Colombia.

Prior to that, in 1982, is when Ronald Reagan announced a “crusade” against drugs, specifically cocaine, and at the same time Pablo Escobar was serving his short-lived career in the Colombian Congress.

But, is the US Government responsible for the introduction of cocaine trafficking in Colombia? Well, yes.

When the CIA established Pinochet as the leader of Chile, he scattered and killed drug dealers, causing Mateo “Cuca” Moreno to take his chemistry skills to Colombia and thus the cocaine trade to the United States was put into overdrive.

However, Washington DC has never taken responsibility for what they started.

The US Government uses different terms for their goals in Colombia, from anti or counternarcotics, insurgency or terrorism.

This is the same six combinations of terms that were used in the 20 year failed war in Afghanistan but in Colombia the effort of the United States goes back to 1946, at the time of the beginning of La Violencia and influence of the CIA into Central and South America.

If you take the time to watch a 1990 Frontline episode about the drug war in Colombia there are several good teaching points.

First, the agreements made between Colombia and the United States were done largely without participation of the Colombian government and translating from English to Spanish was an afterthought.

Second, US Government officials repeatedly say they have not seen improvement yet but are setting the groundwork for success.

The US Drug Enforcement Administration (DEA) currently has approximately 80 agents in Colombia stationed in Cartagena and Bogota. They rent locations far and wide from outposts in Tumaco to large complexes in Bogota.

The DEA uses vetted units of the Colombian National Police called Sensitive Investigation Units (SIU) that they pay, train and administer polygraphs too to try to keep out the corruption.

The equipment used to spy on people in Colombia is furnished by the United States to these SIU units and related military units. Abuses are commonplace.

However, time and again these groups have failed and much like the past, false positives and corruption are the trail that is left behind. Additionally, there is evidence of extra judicial killings by forces trained by the United States military and other agencies and seems to be the preferred method lately for dealing with citizens that the Government does not agree with.

There are many other agents from different agencies as well as military personnel used to supplement this effort.

The American agents and personnel are given near carte blanche in Colombia and are not required to share information with the Colombian government and operate as they did in Iraq and Afghanistan as recognizing that there is a government there but the US interests are what needs to prevail.

They use confidential informants to make cases in the US and often make a deal with the devil to chase smaller fish, as they did in the case with jailed drug lord “Memo Fantasma.”

Cocaine trafficking has changed. When Pablo Escobar was the king of cocaine, he was sending 2,000 kilos a month to the United States and it was largely unknown outside the Americas.

In 2022, there are traffickers in Colombia who are responsible for many times that of Pablo on a monthly basis and the majority of the cocaine goes into the world market, not to the United States.

Cocaine HCL in the United States brings 20 to 30 thousand dollars a kilo. In Europe it brings 40 to 60 thousand and in Australia brings over 90 thousand a kilo.

Thus, the risk is less and reward is greater in other parts of the world. The largest seizure in the United States in the last twenty years, a 16.5 ton shipment found in a cargo container in Philadelphia in 2019, was destined for Europe and it was just bad luck that it ended up being seized in the US.

Additionally, cocaine production has increased over the last ten years to greatly outpace all previous records. At the same time, cocaine has slipped to sixth place in the list of drugs of concern in the United States.

Fentanyl, Opioids and Methamphetamine have taken over the mantel of dangerous drugs of concern in the United States while the original drugs smuggled from Colombia, coffee and marijuana, are largely irrelevant as a smuggling commodity due to legalization.

The US Government’s answer is more enforcement and forced eradication.

I was talking to a United States Attorney who believed that if Colombia would restart the spraying of Glyphosate then coca production would stop.

Unfortunately, Monsanto corporation learned long ago that with gene editing a glyphosate resistant soy bean and corn could be produced.

That same science has lead to the production of Boliviana Negra, a glyphosate resistant form of coca that is a top producer and is known as super coca or “la millionara.” Thus, to continue to beat the aerial spraying drum is not based on reality.

Gustavo Petro met with a US delegation on Friday to discuss the way ahead. His steps thus far have garnered praise but what can he do to return sovereignty to Colombia and at the same time attempting to appease the appetite of the United States for the drug war that is now fifty years old and will never be won?

Here are some suggestions:

In conclusion, the relationship between the United States needs a reset. The largest part of that reset is re-establishing sovereignty by the Colombian Government.

The United States needs Colombia much more than Colombia needs the United States. As long as President Petro understands this and governs accordingly, the relationship can be reset and repaired.

Author Don Bailey is a retired United States intelligence officer and works as an attorney representing Colombians and others in the Courts of the United States. He can be reached at donbailey@cocainelawyers.com