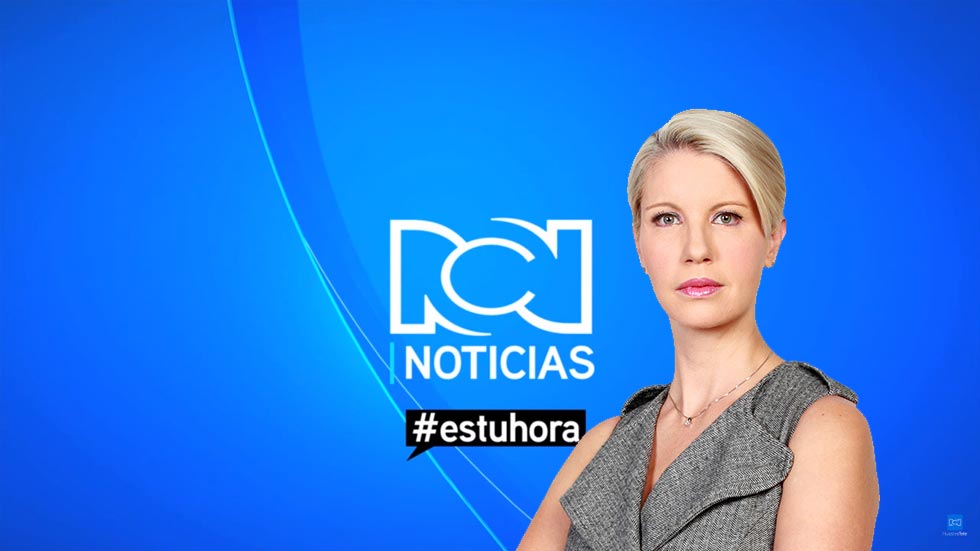 Canal RCN, the TV network that on Friday misled a global audience into believing two Dutch journalists had been released by ELN guerrillas in Colombia, is also tied to paramilitary death squads.

The two Dutch journalists were ultimately released around midnight local time, hours after the TV network had falsely claimed the release it failed to retract.

The misinformation the world witnessed on Friday, has been common practice in Colombia for years and is just the tip of the iceberg of RCN’s violations of journalistic ethics and even alleged collusion with paramilitary death squads that victimized hundreds of thousands of Colombians.

To avoid my mom having a fit, I had to text her before she would see headlines saying “two Dutch journalists kidnapped in Colombia.” Guess how many Dutch journalists my mom knows in Colombia? Moreover, the television program made by the victims, is one of her favorites.

When Canal RCN reported the journalists were released, my Colombian friends called me to tell me how happy they were for me, filling me with relief, although I was concerned no authority would confirm the claim.

Shortly after I was informed RCN had been lying. I cried, and in tears had to get back to work to report you’ve all been fooled by a TV network that is — of all things — tied to death squads.

Tragically, RCN’s repugnant approach to journalism is common in Colombia, which has been polarized to the point of armed conflict for more than half a century and currently has to find justice and a future for some 7 million war victims.

Colombia’s media, and in particular RCN, have played a key role in the victimization of more than 14% of the country’s population, and — as Friday’s incident demonstrated to a global audience — continues to do so shamelessly.

A recent linguistics study showed that Colombia’s general public have a severely distorted perception of reality due to the consistent misinformation reported by the country’s mass media.

In the case of Canal RCN, and in particular news director Claudia Gurisatti, the situation is even worse.

They’re tied to drug-trafficking paramilitary groups that have murdered, raped and displaced countless Colombians, allegedly in complicity with the TV station and Gurisatti.

The former leader of the AUC, the paramilitary umbrella organization guilty of tens of thousands of war crimes, testified under oath that the TV channel had been “complacent with the paramilitary actions” for an interview with the late AUC founder Carlos Castaño in which he was portrayed as “the leader of the fight against subversion.”

[The defendant] claims that this television network and other media had been “complicit in what the AUC did” by transmitting interviews in which [AUC founder] Carlos Castaño Gil was portrayed as “the leader of the struggle against subversion.”

The additional issue with RCN is that it is only one of two private television networks available for all households. Any other canal would require cable, which many Colombians can not afford.

According to the court, Gurisatti and RCN “helped provide the AUC with an ideological impulse” that justified the killing of thousands.

Had it not been for the terrorism apologist / news director, Colombia’s ongoing peace process would be years and much less deaths ahead already, and my colleagues possibly wouldn’t even have been held hostage.

Nevertheless, RCN has expressed no interest admitting its responsibility in its key role in the violence that has tormented Colombia for more than half a century, but under increased popular and judicial pressure.

One of its main TV hosts, Felipe Arias, received major criticism as last week after claiming media “are not to inform or anything. It’s just to make money.”

Journalists are supposed to maintain strict standards separating commercial or political interests from their journalistic activities exactly to prevent misinformation.

In the case of RCN this is particularly urgent as its sister company, Incauca, has been accused of assassinating an indigenous leader as recent as this year.

Other companies belonging to RCN boss Carlos Ardila Lulle, are facing multiple accusations of supporting a group that was killing Colombians by the thousands.

A transitional court that is part of Colombia’s peace process will be in force within months. For the sake of a peaceful and well-informed Colombia, I hope RCN will be among the first to be called to trial. I humbly urge the international community and the organizations involved in the process to make sure this happens.