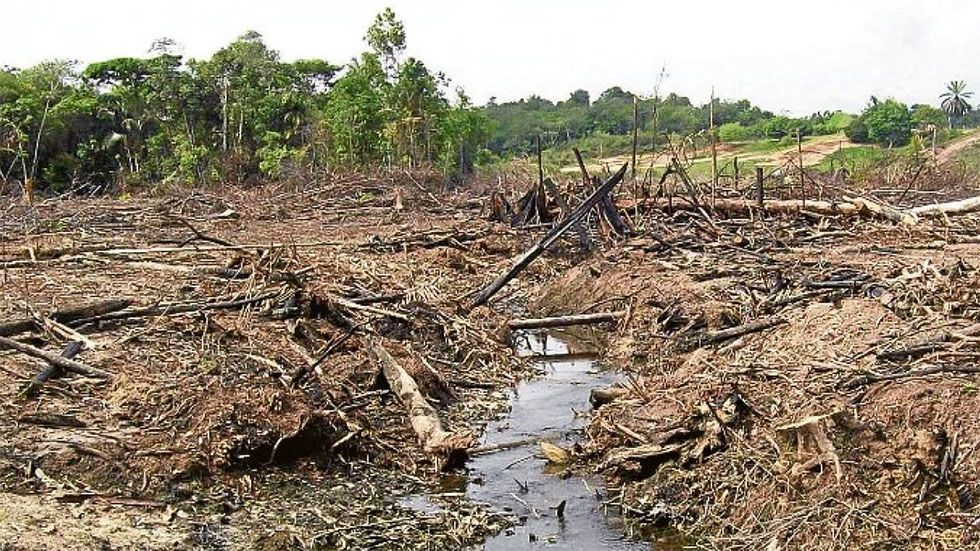 Almost half of Colombia’s ecosystems is threatened and almost a quarter is in a critical state as the country’s environment is facing unprecedented destruction, according to an alarming report by the World Wildlife Federation (WWF).

Of the 85 ecosystems identified by the WWF, 17 are in danger and 20 are in a critical state, the environmental organization’s “Colombia Viva” report said.

The state of the ecosystems threatens the survival of more than half of the country’s animal species and more than one third of the plant species in Colombia, the country with the world’s second largest biodiversity.

Of the 1,853 evaluated plant species, 665 (36%) are threatened with extinction. The situation of the Colombian terrestrial fauna is also worrisome: of 284 species of terrestrial animals, 41 are critically endangered, 112 endangered and 131 are vulnerable.

The deteriorating state of the country’s natural environment is also becoming a threat for the future of humans as pollution, agriculture and deforestation are affecting the country’s water sources.

The disappearing of these water sources would not just damage the country’s development, it threatens people’s food and water supply.

The environmental organization urged the creation of policies that do not just protect existing ecosystems, but restore damaged ecosystems.

We propose to create more space for climate-smart nature. This will be achieved not only with the creation of newly protected areas, but with the recovery of the functionality of degraded areas and the provision of ecosystem services.

Land use conflicts in Colombia (2012) 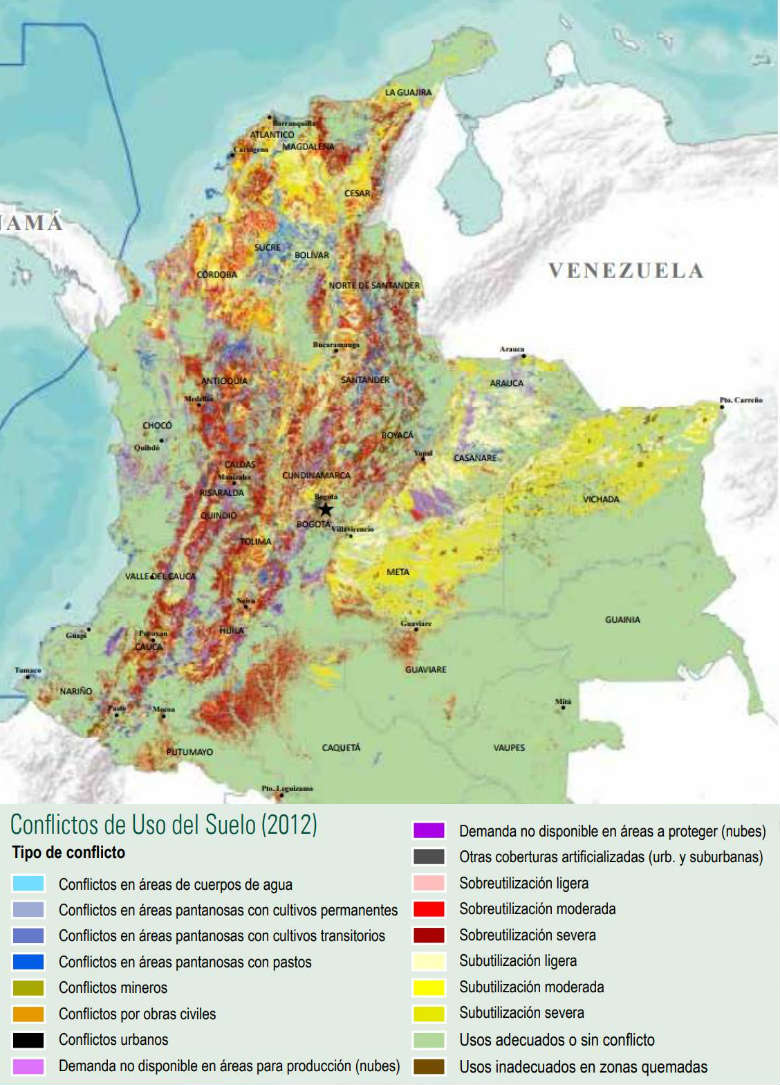 Last but not least, the environmental organization urged the private sector to formulate business policies that are in sync with the national environment.

We must dismantle economic growth based on the over-exploitation of natural resources and environmental degradation. Markets influence consumer behavior and both companies and the financial sector have to assume more responsibility.

According to Higgins, Colombia’s ongoing peace process with the FARC, the rebel group that until last year controlled almost a third of the country’s national territory, provides the opportunity to act.

The execution of environmental recovery projects would fit in ongoing efforts to stimulate the countryside and could provide reintegration projects of disarmed FARC combatants, according to the WWF director.

Our welfare and prosperity depend on the territories, natural resources and a healthy environment; all elements that constituted a source for confrontation and violence for more than 50 years. In this historical moment, we have the responsibility to learn from the past and be the example for the world, while we build a more harmonious future for humanity, nature and all living beings.