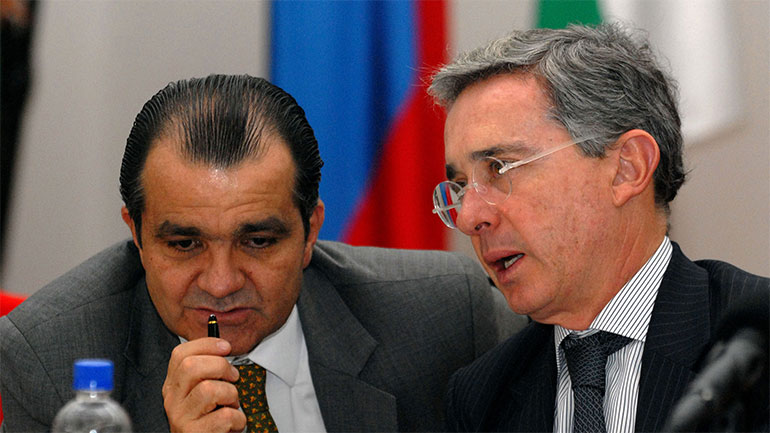 Colombia’s Prosecutor General Office has released evidence that would show how the country’s conservative opposition in 2014 used illegal wiretapping and bribery to sabotage ongoing peace talks with leftist FARC rebels.

The Prosecutor’s accusation against the former campaign manager of Oscar Ivan Zuluaga (Democratic Center) lays out the strategy that former ambassador and then-campaign chief Luis Alfonso Hoyos used to orchestrate the wiretapping of the government peace talks with rebel group FARC.

The 74-page document, which was obtained by local media Blu Radio, accuses Hoyos of engaging in “criminal activity” to attack the peace process and President Juan Manuel Santos’ reelection campaign. 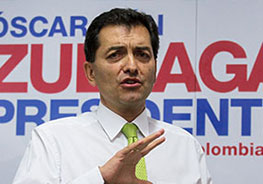 “Luis Alfonso Hoyos met in January 2014 with Andres Fernando Sepulveda in order to concentrate on ending or discrediting the peace process that was moving forward with the FARC in la Habana, Cuba, which they would achieve by obtaining secret information that would be collected through different criminal activities,” the document said.

Sepulveda was arrested in May 2014, weeks before the presidential election, and sentenced to 10 years in prison in April 2015, for his role in wiretapping the peace talks.

The accusation details how Zuluaga’s campaign chief directed Sepulveda to illegally access the email of the peace talks communication chief, and another nine members of the negotiating team.

Hoyos, who was also Colombia’s ambassador to the Organization of American States (OAS), allegedly ordered hacker Andres Sepulveda to offer and deliver bribes to military and police officials in exchange for access to confidential information.

The accusations included evidence that the former campaign manager directed the engagement of the military intelligence officers responsible for developing “Andromeda,” a covert military spying operation that sold confidential information about peace talks to the Zuluaga campaign, supporting evidence of an apparent alliance between Uribe’s political party and members of the military who opposed President Juan Manuel Santos’ peace talks with the FARC.

Hoyos fled the country well before charges were brought. He was last captured on film in a supermarket in Miami in January 2015. The Prosecutor General has since ordered his international arrest.