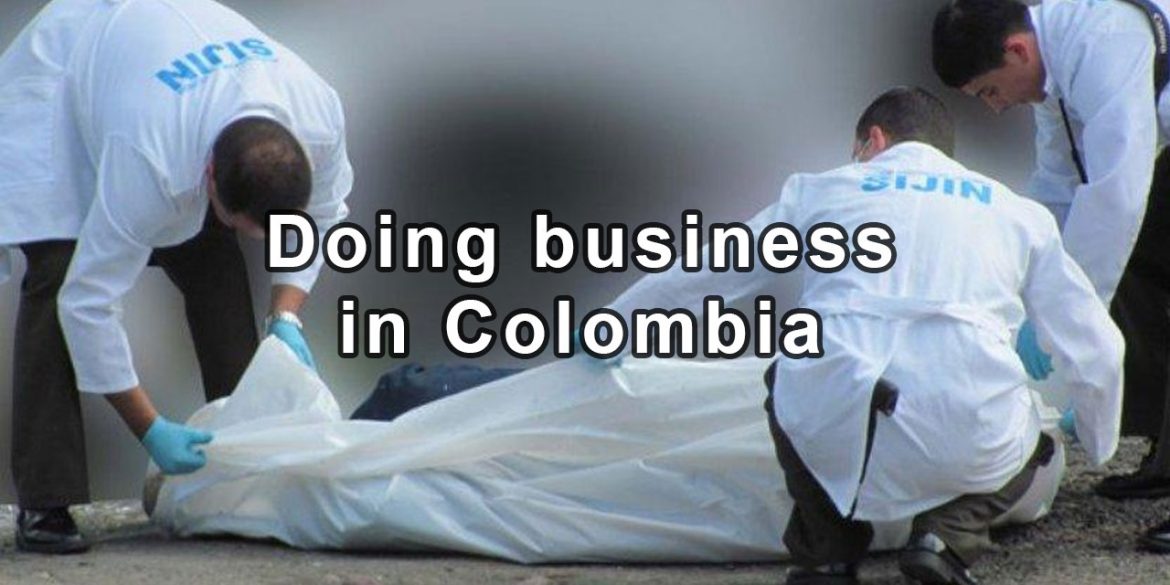 Colombia’s private sector is using death squads to assassinate social leaders who seek the return of stolen land, according to the country’s prosecution.

Authorities have long claimed that drug traffickers and ELN guerrillas were behind the killings, but top officials told President Ivan Duque on Thursday that businessmen are behind many of the killings to prevent the restitution of land they stole during the war.

According to Deputy Prosecutor General Maria Paulina Riveros, the private sector’s ties to organized crime and paramilitary groups are particularly problematic in the Antioquia province and the Uraba region.

At least 39 palm oil companies have been convicted for using paramilitary death squads to steal land between 1997 and 2005 in the Uraba region alone, Rivera said. Her office is also investigating ranchers.

These rulings confirm the Prosecutor General’s Office’s hypothesis about a criminal plan that is being orchestrated by some palm growers in the region to threaten and force the exodus of settlers and land claimants, with the intention of keeping plots of fertile land suitable for their agricultural activity. The Deputy Prosecutor General revealed that for the same illegal activity and constraint on the populations, the entity is carrying out investigative and judicial processes against businessmen dedicated to extensive cattle ranching.

Rivera’s predecessor said in 2016 that as many as 12,000 businessmen, corporations and civilians were investigated for allegedly financing paramilitary groups.

Even former President Alvaro Uribe, who is a rancher from Antioquia, is being investigated by the Supreme Court for his alleged ties to paramilitary death squads.

In all Colombia, more than 150 people have been arrested and another 200 are being investigated for their alleged involvement in the assassination of more than 340 murders of social leaders since 2016, Rivera said.

At the same meeting, Inspector General Fernando Carrillo told Duque that his office is investigating 30 government officials, including mayors, for putting the lives of community leaders and human rights defenders in danger.

One mayor was arrested earlier this month for allegedly ordering the assassination of a social leader in the south of the country.

We continue to make progress in more than 30 disciplinary investigations against public officials who violate human rights, who have stigmatized social leaders and put their lives at risk. Today we are issuing an order for mayors and governors to commit themselves to the protection of the physical and intellectual integrity of social leaders and human rights defenders.

The president said last week he would announce measures to protect social leaders at the meeting, but that proved to be a false promise. Instead, Duque announced that he would come with policy proposals in the coming weeks.

Duque is facing a major dilemma because Uribe is not just a former Medellin Cartel associate accused of forming a death squad, he is also the president’s political patron and the leader of Duque’s hard-right Democratic Center party.

Multiple of the president’s financial backers and political supporters have been implicated in land theft and the far-right violence that is terrorizing communities, human rights defenders and journalists alike.

More than 60 congressmen, including Uribe’s cousin, have been sentenced to prison over their ties to the AUC, the predecessor of Colombia’s current generation of paramilitary groups.

Far-right group “Aguilas Negras” has threatened to kill anyone who opposes Duque and his policies. The far-right collective is behind many of the death threats sent to politicians, journalists, ethnic minority leaders and human rights defenders.

…and the terror continues

While Duque is weighing the personal interests of his allies against those who are threatened, the terror in the Colombia’s countryside continues unabated.

Farmers representative Enrique Monsalve was found murdered in Taraza, Antioquia on Saturday, making him the 343th leader who has been assassinated since 2016, according to the Ombudsman’s Office.