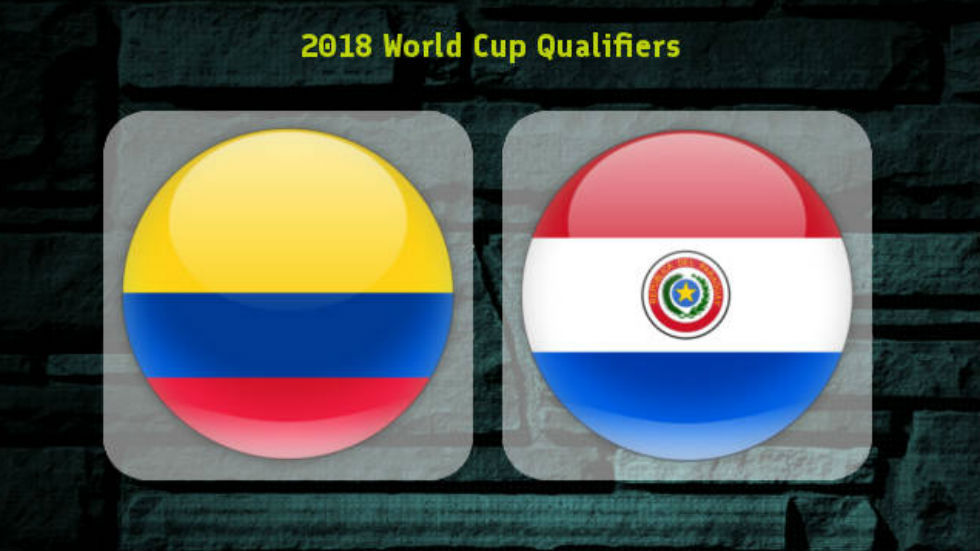 World Cup qualification is on the line on Thursday as Colombia’s national soccer team faces Paraguay in Barranquilla in the penultimate round of qualifying for Russia 2018.

“Los Cafeteros” currently lie in third place in the CONMEBOL South American section of qualifying but will be looking to secure a win on home soil against “La Albirroja” ahead of a potentially dangerous away trip to Peru in the final round.

Brazil lead the way in the group on 37 points but just four points separate Uruguay (27 points) in second, with Chile (23 points) in sixth, with four automatic places up for grabs and the fifth placed team facing an additional qualifying play-off against New Zealand.

A change in the start time from 3.30 pm to 6.30 pm has caused some debate in the lead up to the game with former Colombia star Carlos Valederrama criticizing organizers for giving away the advantage of the traditional afternoon Barranquilla heat by moving kick off to early evening.

In response to “El  Pibe’s” claim, soccer analyst Hugo Castaño said “there is no evident advantage because the majority of our players are abroad, thus, they arrive from the same conditions as their rivals,”  reported El Colombiano.

Nevertheless Coach Jose Pekerman’s has a full squad to chose from as his players seek to keep their destiny in their own hands by winning, as it is likely that they will need at least four points from the remaining two games to secure to back-to-back World Cup qualifications.

The Argentine coach has opted to rotate his squad up to now, using in excess of 40 players so far in the qualifying campaign.

He will again look to the attacking trio of Juventus’ Juan Cuadrado, captain James Rodriguez and Colombia’s record goalscorer Radamel Falcao to lead the way against the team placed seventh in the group.

Colombia will need more from Cuadrado in particular in attack with the winger failing to create a single goal opportunity in the last three games against Ecuador, Venezuela and Brazil, completing just 18 passes against the “Selecao.”

Colombia will acutely aware of the danger posed to its World Cup dream by the Paraguayans, as they have already recorded away victories against Argentina and Chile in the qualifying campaign.

“We must be very aware of the aerial threat of the Paraguayans, that is their best weapon. We know that we must play everything for the whole game hope that we do things well enough to win at home. It is an essential game for us and hopefully, with the help of God, we win and reach the World Cup, which is our goal,” said central defender Oscar Murillo to reporters.

As the campaign draws to a close, the magnitude of the games cannot be underestimated with the Paraguayans needing no less than two straight wins to keep their qualification hopes alive.

Colombia Defender Cristian Zapata acknowledged the crucial stage that the qualifying campaign has reached with the remaining two most games almost becoming finals for those involved.

“It’s going to be a different game on Thursday because it’s a final for both teams,” Zapata said to reporters.

“We know that these qualifiers are very difficult because you can’t afford to let the opposition gain the upper hand in any way. We have to stay focused for the full 95 minutes,” he added.

Despite his complaints about the time of the fixture, Colombian legend Valderrama too is optimistic about the outcome of this crucial game.

“We have to win. To get to Russia what do we have to do? Beat Paraguay. With this team that we have, we can beat Paraguay,” said Valderrama to El Espectador newspaper.

The last five meetings between the sides have resulted in three wins for the home side and two draws.

A win at the Metropolitano Roberto Melendez stadium will leave Colombia almost within touching distance of world football’s most prestigious showpiece in Russia next year.

However, should Colombia win and Chile fail to beat Ecuador or Argentina and Peru draw, qualification will be secured on the night.