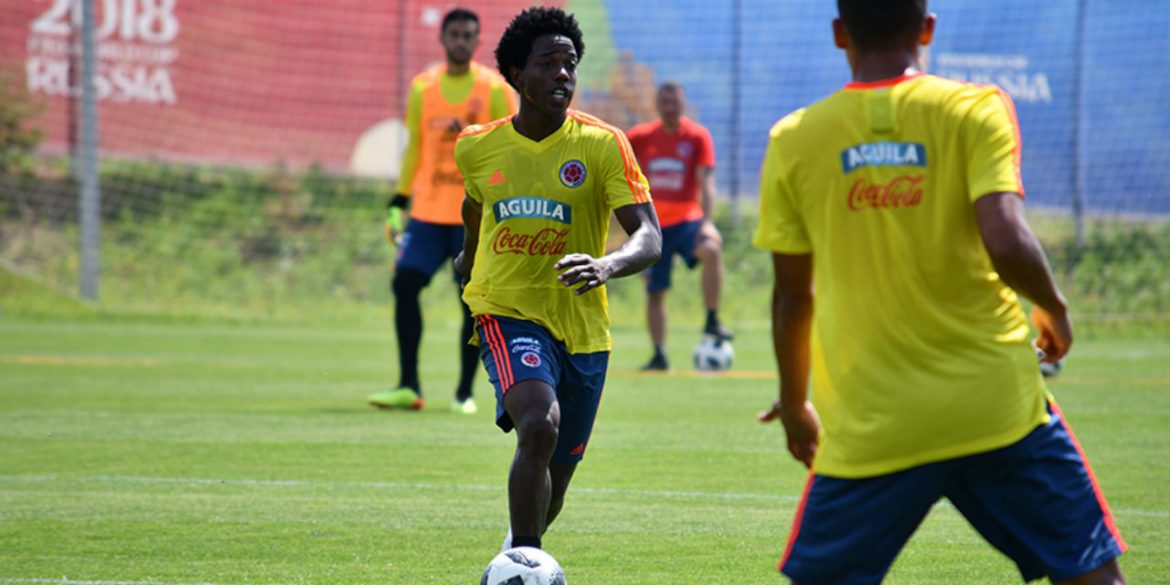 After losing out in the first game against Japan, “Los Cafeteros” revived their fortunes with an impressive 3-0 demolition of Poland in Kazan on Sunday but it is likely that another win will be required against Senegal to guarantee a last-16 spot in the tournament.

While the west Africans only need a draw, the same result would only be enough for Colombia if Japan is beaten by Poland in Volgograd at the same time.

Colombia coach Jose Pekerman expressed his delight with his side’s victory against Poland but asserted that further improvement is needed ahead the decisive clash in Samara.

“This victory will make us stronger,” said the Argentine at a news conference.

“The level of our fitness is improving and today from beginning to end we stayed true to that style,” he added.

“But we’re not going to go crazy, mentally we’re in a good place but we need to continue to improve because we are ambitious and we want to continue in this World Cup as we hoped. We are going to go forward with faith,” concluded the man who managed his native Argentina at the 2006 World Cup.

Colombia will be without Abel Alguilar after the Deportivo Cali midfielder sustained an injury to his left abductor during the win over Poland but defensive midfielder Carlos Sanchez is again available after serving a one-match ban.

Sanchez was sent off after three minutes against Japan in the first group game but could feature in the starting XI despite the impressive performances of Wilmar Barrios and Mateus Uribe against Poland.

Other than Alguilar, “La Tricolor” will have a full squad to choose from and with the youthful central defensive pairing of Yerry Mina and Davinson Sanchez impressing against the Polish, one would expect Pekerman to stick rather than twist.

The same could be said in attack. The Argentine maestro seemed to finally find a balance to get the maximum out of his options with the quartet of James Rodriguez, Juan Cuadrado, Juan Fernando Quintero and Radamel Falcao terrorizing Poland.

While as usual Pekerman was tight-lipped regarding a potential starting XI, he assured that “when I [choose] the starting line-up, I do it taking account of the whole context in which we find ourselves.”

The Senegalese for their part go into the game with the qualification permutations stacked in their favor but acknowledge the threat of an ever-improving Colombia side.

“We still have our destiny in our own hands,” insisted defender Kalidou Koulibaly, but his teammate Alfred Ndiaye warned however of the challenge that awaits them.

“Colombia’s style of play is similar to ours, very physical, moving forward quickly. We know that we must not lose this game. We’re aware that we will have to give everything to qualify,” Ndiaye said.

Colombia and Senegal have only met on one other occasion, in a friendly in May 2014 when they played out a 2-2 draw in Buenos Aires.

With Senegal not having managed a clean sheet in their last six World Cup games and Colombia dramatically improving in front of goal, the South Americans have every chance of getting the result necessary to qualify for the next round.

In James Rodriguez, Colombia have a player that has six goals and four assists in seven World Cup appearances and with another potential alliance with Cuadrado, Quintero and Falcao, this game could see the Bayern Munich star shine again.

Should the Colombians make it to the last 16 for the second successive World Cup, a showdown with either England or Belgium lies in wait.