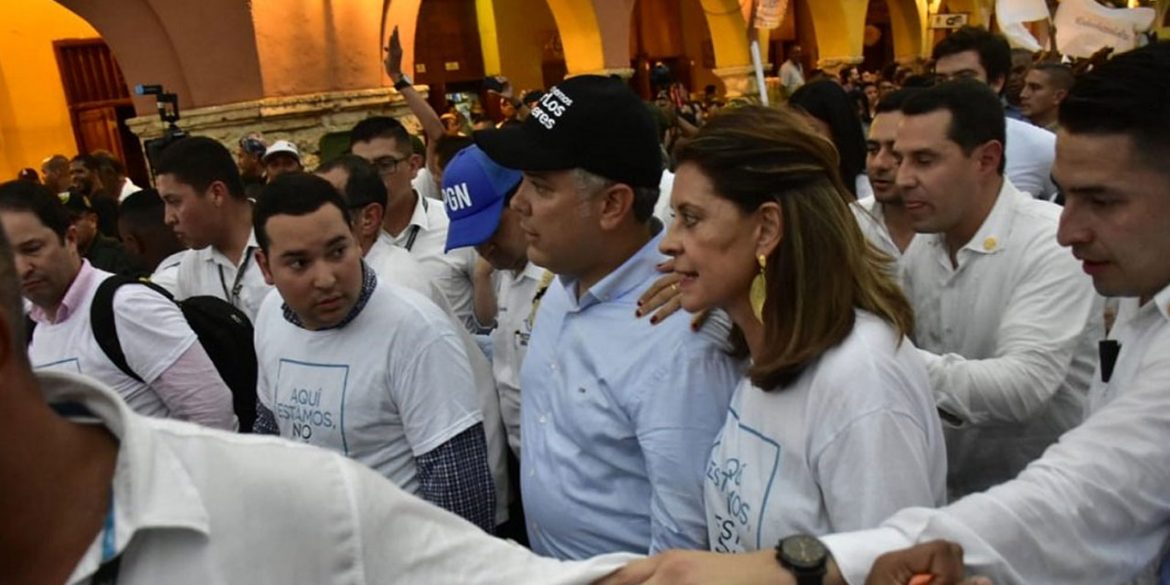 Protesters expelled Colombia’s President Ivan Duque from one of many marches that were organized throughout the world on Friday to protest the ongoing mass killing of human rights defenders and community leaders.

More than 50 marches drew tens of thousands of people in a mass event organized by Defendamos la Paz, a social organization that defends the country’s peace process that is opposed by Duque’s far-right pary.

The president’s expulsion was extraordinary, but only one of the incidents in which peace protesters turned against authorities they hold responsible for the mass killings.

In Medellin, for example, protesters chanted “murderers” while passing the headquarters of the police, which is submerged in allegations of war crimes and ties to illegal armed groups.

Duque has refused to endorse the mass marches of Defendamos La Paz and has neglected to implement a 2016 peace deal, in particular an element that would protect social leaders .

In his speech, Duque blamed organized crime for the violence, omitting the political aggression incited by his administration or carried out by radicalized followers of his political patron, former President Alvaro Uribe and their polar opposites, leftist guerrillas.

When the president tried to take a prominent role in the march, protesters objected. Initially, the people yelled at Duque to “get out.” Ultimately the president and his ministers were sent running.

All other marches peaceful, and huge 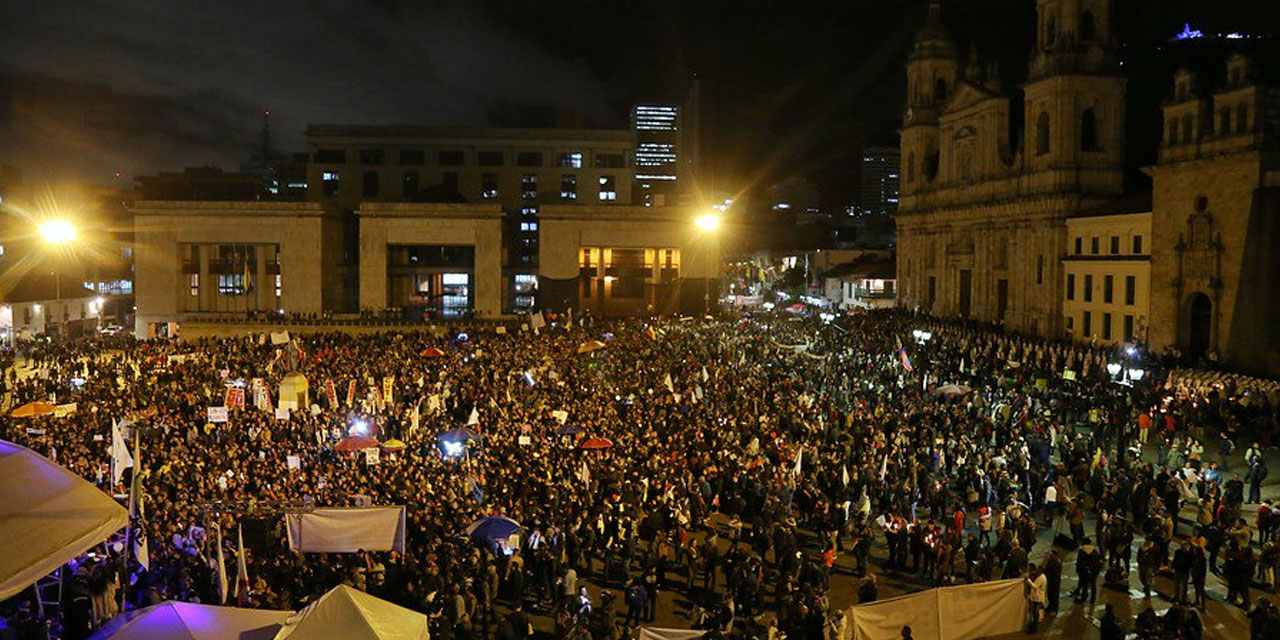 Despite the verbal condemnation of authorities held responsible for the killings, no violence was reported in any of the marches, some of which were huge.

In Bogota, where the largest event was held, the crowd filled the central Simon Bolivar Plaza.

The event was attended by the leftist opposition and the center right parties that have supported the peace process, victims organizations, labor unions and students.

The crowd in Bogota was accompanied by foreign embassies and the United Nations, which monitors the peace process and on multiple occasions has criticized the government’s failures to implement the peace deal.