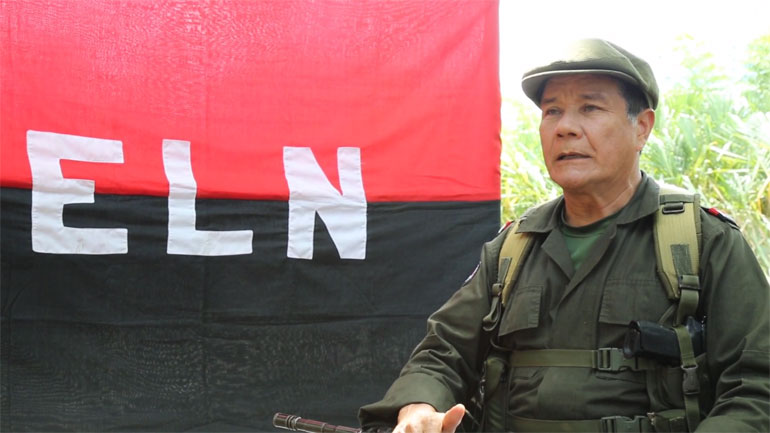 A deal to begin peace talks between Colombia’s government and ELN rebels is ready with talks beginning in 2016, guerrilla chief “Gabino” told Spanish press a year and a half after initially announcing the talks.

The 51-year-old ELN and the government announced the beginning of formal peace talks in June last year, five days before the reelection of President Juan Manuel Santos.

However, since then no talks were formalized.

According to ELN supreme commander Gabino, whose real name is Nicolas Bautista, the preliminary talks have finished and the group expects to formalize the talks with the Santos administration in 2014.

Gabino told Spanish newspaper Gara that the warring parties have agreed to “a negotiations agenda of which not a comma is missing.”

According to the ELN chief, the only thing holding back the formalization of the talks is “in how to specify operational issues for the public phase” of the talks.

However, “we are confident that this moment finally comes the coming year.”

If the ELN begins peace talks, it would be the second leftist rebel group to negotiate peace; Colombia’s largest rebel group, the FARC, has been engaged in formal talks since November 2012.

In a response, the United Nations’ resident coordinator in Colombia, Fabrizio Hochschild, said “we are waiting for this to commence.”

“A peace process that includes the FARC but doesn’t include the ELN would become a weak peace. We hope that the ELN joins the process or initiated its own process. This would be great news,” Hochschild told newspaper El Heraldo.