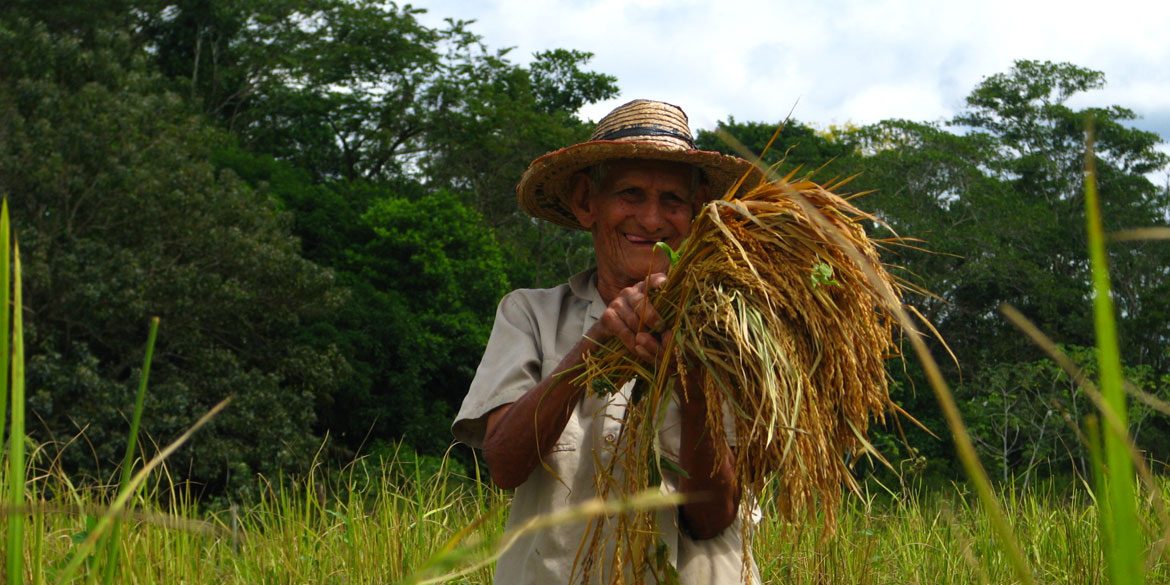 Seventy per cent of the food eaten in Colombia is produced by small farmers, but predatory practices are reportedly threatening their survival.

The system through which food travels from the farmer’s field to the city-dweller’s dinner plate is rigged against the farmers who grow the food, squeezing them further and further into economic distress, according to the investigative journalism collective League Against Silence.

Between the farmers’ fields and the consumers’ homes lay a number of “predators,” the report says, each one taking a chunk of the money, leaving little at the end for the farmer.

The top predators in this food production chain, the ones who can set non-negotiable terms and take the most money out of the system, are the country’s big supermarket chains: Exito, Carulla, Jumbo and Olimpica.

“Agro-food production in Colombia is a story full of inconsistencies in which small peasant families, who produce 70% of our food, barely subsist,” the League Against Silence concluded.

This is bad news for all Colombians, not just for farmers, because the economic fragility of small farmers has a huge bearing on whether Colombia will successfully transition through the challenges of its peace process.

People from all sides of the issue regarding the FARC treaty agree that one important goal is reducing the acreage devoted to growing coca, the raw ingredient of cocaine.

To do this, farmers need another crop to grow in its place, a crop that they can sell at a price giving them a sustainable living.

But if the farmers who are already growing legal crops are having trouble staying afloat, then it’s all the harder to successfully convert coca farmers into food farmers.

That’s especially so because coca farms are located in some of the most difficult terrain in the country, making it enormously difficult to transport quantities of food crops.

The report doesn’t lump every part of the intermediaries in the food chain in the category of Bad Guy.

It says: “Among the intermediaries there is everything: cooperatives, peasant associations, landowners, rural commission agents, honest merchants and unscrupulous ones.”

But the sheer number of intermediaries, combined with the strong control concentrated in the biggest of the buyers, makes Colombia’s system unfriendlier to farmers than other countries’, it says.

The large buyers take product on consignment, paying only for they actually sell. Supermarkets sales are often financed at the expense of the farmer, not the store.

The report cites the example of a blackberry farmer who suddenly learned his payments would be reduced because blackberries were on sale at Éxito.

It quotes Carolina Carvajal, researcher at the Food First Information and Action Network, an NGO which advises the United Nations, saying that the supermarkets are powerful enough to drive down its costs by imposing rules “on the other actors: farmers, intermediaries and buyers.”

All this means that the task of building an effective, sustainable infrastructure for rural Colombia is going to be an enormous task. It was the failure of the government to implement infrastructure improvements that was a major motivation for the weeks-long road blockage by farmers in in southern Colombia.