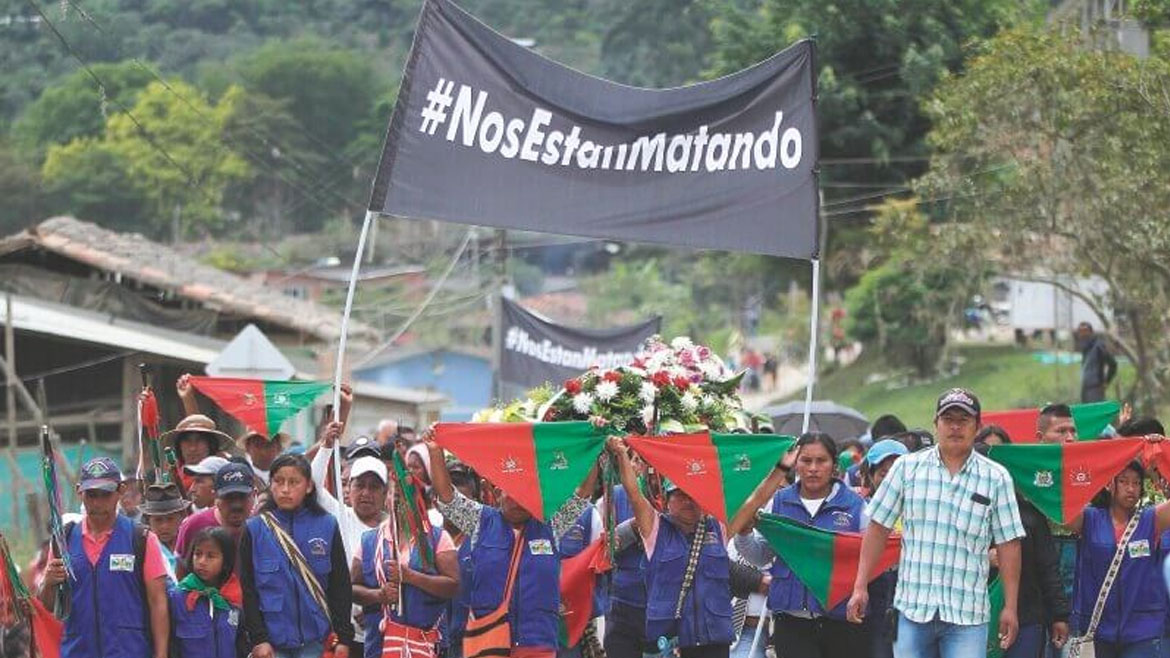 Human Rights Watch (HRW) said that high levels of poverty and violence, and failures in the justice system were the main human rights concerns last year.

In its annual report on human rights in the world, HRW stressed that poverty, corruption and a lack of public security were a concern throughout Latin America last year.

In its chapter on Colombia, the NGO additionally stressed the State’s failure to make justice accessible was among the main concerns. 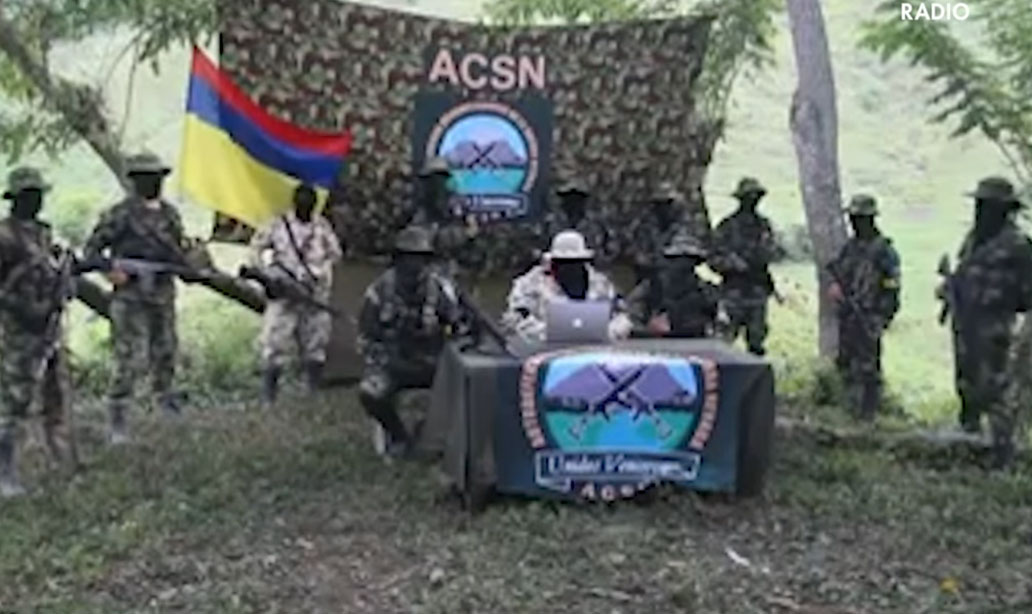 HRW stressed the resurgence of violence by illegal armed groups and the military despite a peace process that began in 2016 and allowed to dismantling of what used to be Colombia’s most powerful guerrilla group, the FARC.

In fact, violence affecting the civilian population rose to “similar levels” as those registered before the FARC’s demobilization and disarmament in 2017.

This violence was mainly due to “numerous” illegal armed groups like guerrilla group ELN, paramilitary organization AGC and more than 30 FARC dissident groups that are “fueled by illegal economies” like “drug trafficking and illegal mining.”

Armed groups continue to commit serious abuses against civilians, including killings, child recruitment, and rape, especially in rural areas of the Pacific region and along the Venezuelan and Ecuadorian borders. Security forces and judicial authorities have failed to effectively protect the population, ensure victims’ access to justice, and prosecute and dismantle the groups.

HRW also stressed its ongoing concern about human rights violations by the security forces that allegedly committed a massacre in the southern Putumayo region in March last year.

“There have been limited reforms to improve accountability and prevent future violations” by the security forces, said the NGO.

HRW confirmed that human rights violations caused by illegal armed groups and State forces mainly targets communities that live in the periphery of the country, and their leaders in particular.

The NGO cited Ombudsman statistics that claim that 182 human rights defenders were killed between January and October last year.

“Municipalities and state governments often lack sufficient funding to assist displaced people, and national government assistance has often been slow and insufficient,” according to HRW.

People’s “limited access to justice” further complicate the protection of Colombians’ rights, particularly those of ethic minorities, women and member of the LGBT community, said the international organization. 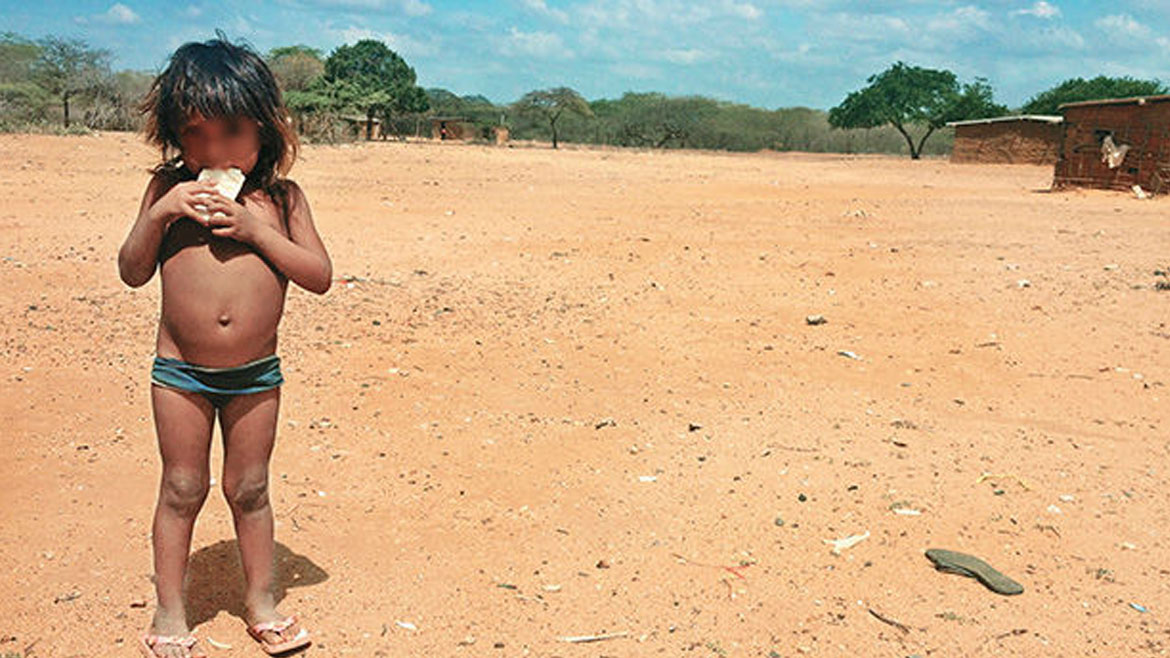 The economic and social exclusion of Indigenous peoples and the Afro-Colombian minority make these groups additionally caused particularly high levels of poverty among these ethnic minorities.

Between January and November 2022, at least 65 children under age five—the majority Indigenous Wayuu—died in La Guajira state of causes associated with malnutrition and limited access to safe drinking water.

Another group whose human rights were severely threatened was that of the approximately 2.4 million Venezuelans who have fled to Colombia since 2015.

Hundreds of thousands of migrants from multiple poverty-stricken country in the region crossed the notoriously dangerous jungles of the Darien Gap in the northwest of Colombia into Panama, presumably in an attempt to reach the United States.

The number of people crossing the gap increased significantly, in large part driven by the flow of Venezuelans. During their days-long walk across the gap, migrants of all nationalities are frequently victims of robbery and serious abuses, including rape. They receive little security, aid, or access to justice.

How to keep Venezuela’s diaspora in Colombia safe?

HRW identified the United States, whose government approved $471 million for aid in 2022, as the most influential actor when it comes to human rights in Colombia.

The NGO also stressed the importance of the United Nations Security Council, which monitors the peace process and the country’s humanitarian situation.

The re-establishment of ties between the governments of Colombia and Venezuela last year made the latter a significant player in government efforts to negotiate a peace deal with the ELN after almost 60 years of armed conflict.

The support for peace of Venezuelan strongman Nicolas Maduro did not come free as Petro withdrew from the “core group” of governments from the region that back UN efforts to investigate human rights violations in the neighboring country.

Colombia’s ambassador at the OAS additionally abstained from supporting a resolution of the Organization of American States (OAS) to condemn human rights violations in Nicaragua, whose authoritarian president is a close ally of Maduro.