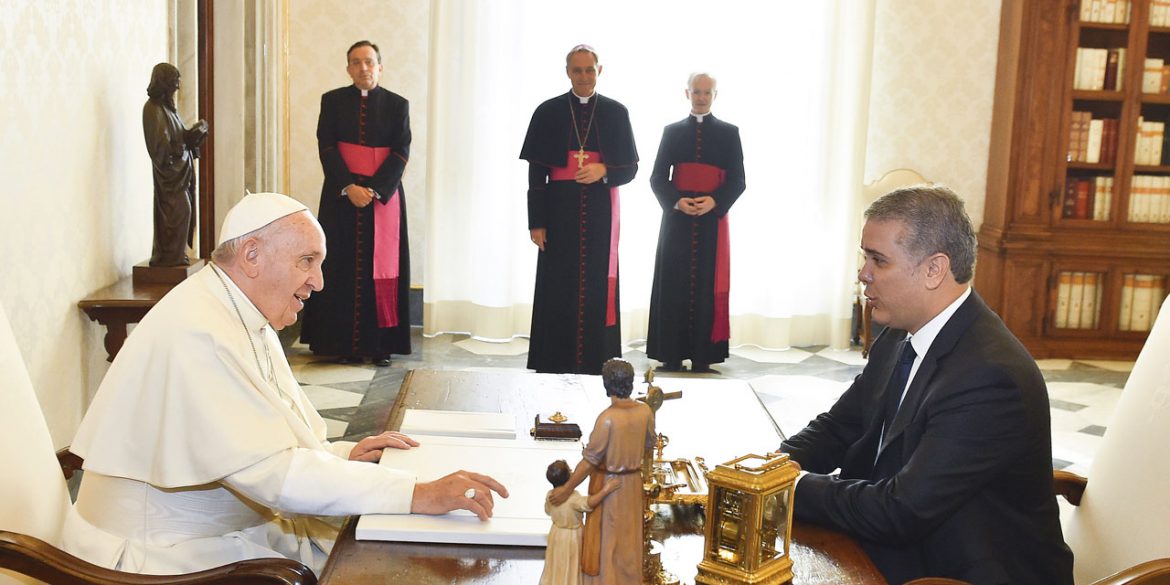 Pope Francis received Colombia’s President Ivan Duque on Monday, stressing the need to continue a peace process that has been opposed by the head of state.

Duque wouldn’t reveal much about what the two talked about, but according to the Vatican, the president and his religious leader talked about “the contribution of the Holy See and the local Church in the peace process and in favor of the reconciliation of the Colombian people was evoked.”

The Vatican said that Pope Francis stressed “the importance of constant dialogue between the Church and the State to face current social challenges was underlined” during the discussions, “with special reference to matters of mutual interest such as the protection of life, the fight against corruption and drug trafficking, the promotion of legality and care for the environment.”

Unlike Colombia’s president, the pope has been a vociferous supporter of a peace process with demobilized FARC guerrillas and peace talks with the ELN, Colombia’s last-standing guerrilla group.

Duque has been under tremendous pressure from the international community and local peace activists to resume talks with the ELN and to proceed with the peace process with the FARC that began under his predecessor Juan Manuel Santos in 2016.

The president has long been a vociferous opponent of both processes, has refused to resume negotiations with the ELN and has claimed to lack the funds to execute the FARC peace process as agreed with the demobilized guerrillas.

Duque is finding him in a bit of a fix as many of his political allies and financial backers are implicated in crimes against humanity that are supposed to be tackled by the war crimes tribunal and the truth commission that came into force earlier this year.