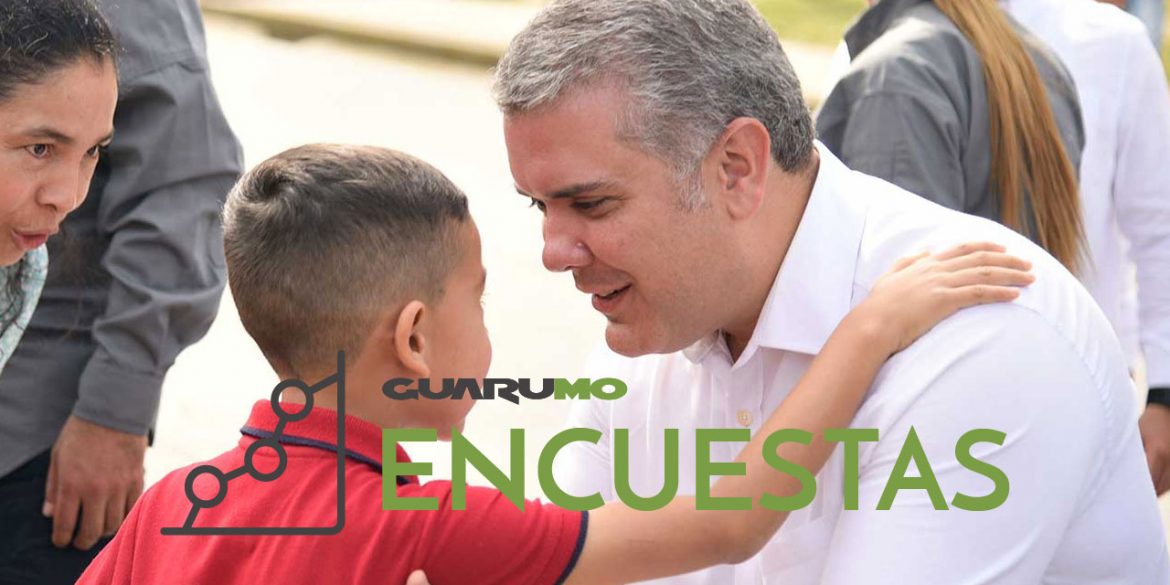 Two founders from a pollster resigned on Tuesday after their company released a poll in which Colombia’s President Ivan Duque has an atypically high approval rating.

Carlos Ariel Sanchez, Colombia’s former registrar and the founder of the company Guarumo, quit after saying he didn’t agree with the methodology of the latest poll which put Duque’s approval at 48.5%.

Alfonso Portela, a spokesman for Guarumo, also resigned – leaving a question mark over the validity of the poll.

The poll just after the president made a popularity nosedive with other pollsters; Invamer registering his approval at 27.2% last week, down more than 20% compared to two months ago.

Sanchez told W Radio in an interview that he disagreed with his company’s opinion polls and said they do not speak accurately in comparison with polls on electoral trends, adding that “opinion is very fickle.”

Guarumo’s latest poll put Duque’s approval rating at 48.5%, it registered his disapproval at 40.4%.

Political analysis website reported that one of the company’s directors, Victor Muñoz, had been appointed by Duque as his Innovation’s adviser, further discrediting the poll results’ credibility.

The poll revealed that people interviewed in the Antioquia department and coffee region – which helped Duque win with the majority of votes in June – were the ones who spoke most favorably about the President.

But the Invamer poll released this month reported the opposite, releasing data that Duque’s approval dropped from 68.5% to 26.1% in that part of the country.

Duque has struggled during his first 100 days as president as he has clashed with students and unpopular economic proposals have, according to other pollsters, increased sentiments of economic insecurity among middle class households.

Violence has also soared since he took office, with activists being assassinated with impunity and troubled regions seeing the expanded presence of drug traffickers, leftist guerrillas and right-wing paramilitaries.

The president, a protege of controversial ex-President Alvaro Uribe, campaigned on a ticket to change Colombia’s divisive peace deal, winning 53.9% of the vote.

During his campaign the 43-year-old former banker called himself an “extreme-centrist” and positioned himself as a safe alternative to his leftist opponent, Gustavo Petro – even going as far to say that he would prevent the country from turning into another Venezuela.

But his policies and political appointments have been aligned mostly with the hard-right faction of his Democratic Centre party and he has even clashed with high-profile colleagues over his tax proposals.