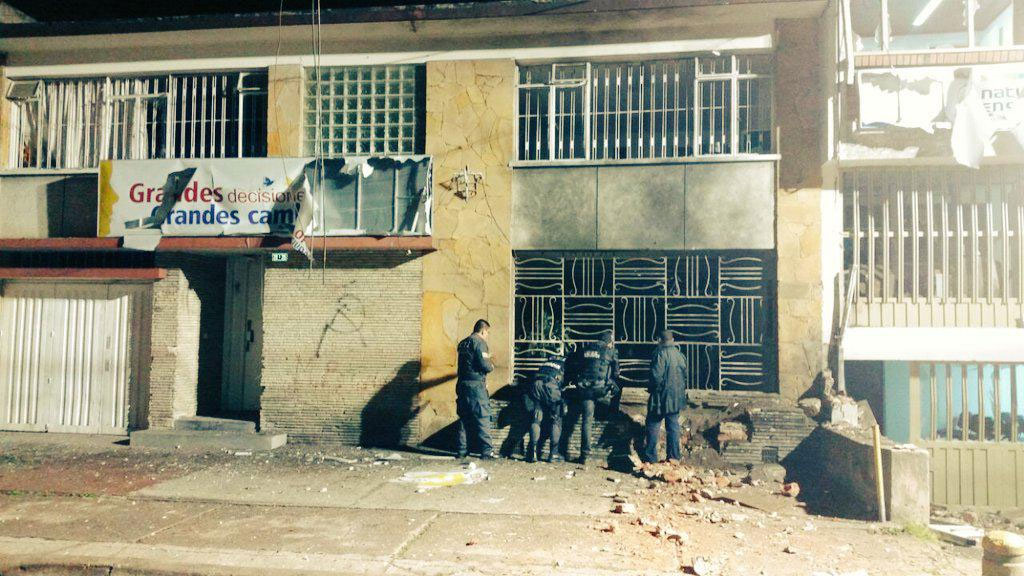 The Bogota office of Citizens Option, a controversial Colombian political party, was the target of a grenade attack on Tuesday.

Bogota’s Chief of Police, General Humberto Guatibonza, told press that “we can not say who are those responsible behind this” as investigations were initiated by both Bogota’s Metropolitan Police and the Prosecutor General’s Office.

Citizens Option Senator Doris Vega, the wife of a former senator convicted for ties to paramilitary groups, said on Twitter that the attack was “political and against this country’s democracy.”

Parapolitics is a term dubbed to describe criminal politicians’ practice to seek the help of paramilitary groups to secure their electoral success either through financing the campaign or intimidating the electorate.

The practice was most prevalent in the 2002 and 2006 elections that took place in the final years of existence of paramilitary umbrella organization AUC.

In the news broadcast mentioned by Ramirez, Canal Capital director Holmann Morris, a conflict analyst and the director of electoral watchdog MOE reiterated the party’s far-stretching ties to politicians who are or have been in prison for working together with paramilitaries.

Former President Alvaro Uribe, who has had numerous confrontations with Morris in the past few years over Uribe’s own alleged ties to paramilitary groups, also stressed the coincidence of the news broadcast and the subsequent bomb attack.

Morris rejected the insinuated relation between the news report and the attack, sarcastically claiming that Ramirez and Uribe “almost tweeted before the grenade” had taken place.

The Citizens Option party is set to take part in local elections in Colombia later this year.