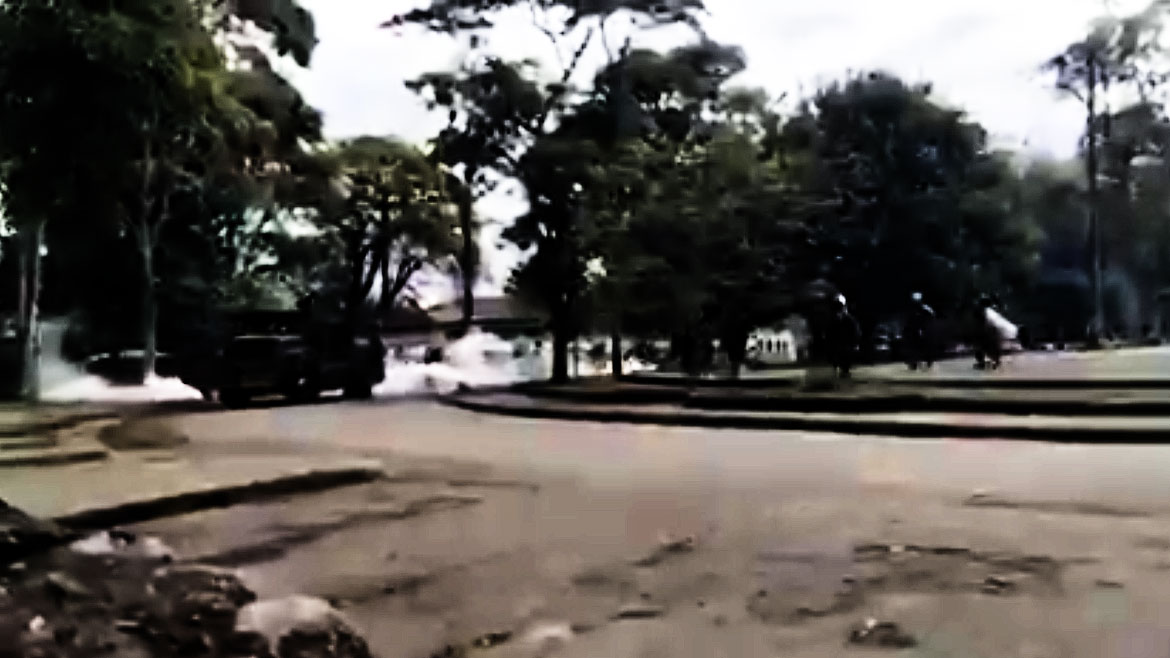 Police injured at least eight people in southwest Colombia after the assassination of a student leader fueled anti-government protests and police brutality.

The police violence took place in Popayan, the capital of the Cauca province, where student leader Esteban Mosquera was assassinated on Monday.

After months of police brutality, anti-government protests lost momentum in Colombia, except in Popayan where the assassination of Mosquera fueled protests.

Rocio was unable to provide evidence to confirm her claim and was contradicted by locals and independent media that accused police unit ESMAD of attacking peaceful protesters.

“They’re attacking from all sides”

“They’re attacking from all sides, without mercy,” a reporter of independent television network Canal 2 said.

The television network showed that some of the protesters threw stones at the police in response to the aggression.

Callejas’ claim was confirmed by student leader Hernan Ospina and other locals who said police was firing gas cannisters directly at protesters.

One human rights defender told Canal 2 he was threatened by a policeman who allegedly said “we know where you live.”

A few minutes ago, while doing my job as a human rights defender, a group of independent journalists were gathered near the police station and were treated extremely rudely. I just walked up and told them to show some respect for doing their job…  I want to make a public complaint about patrolman Gomez, whose ID is 966228, because he threatened me publicly. There are videos of him telling me: “You’re looking for trouble, you fat son of a bitch? We know where you live.” I want make this complain public so that everybody knows about the risks that come with defending human rights and independent journalism.

Another video published on social media showed locals booing the cops as they retreated from the neighborhood around sunset.

The assassination of the student leader apparently fueled tensions between locals and police, who have been accused of being responsible for the killing of dozens of protesters during the protests that kicked off on April 28.

The overwhelming evidence of police brutality apparently used to quell the protests against far-right President Ivan Duque spurred the human rights commission of the Organization of American States to put Colombia’s government on its despot watchlist with the authoritarian governments of Nicaragua and Venezuela.