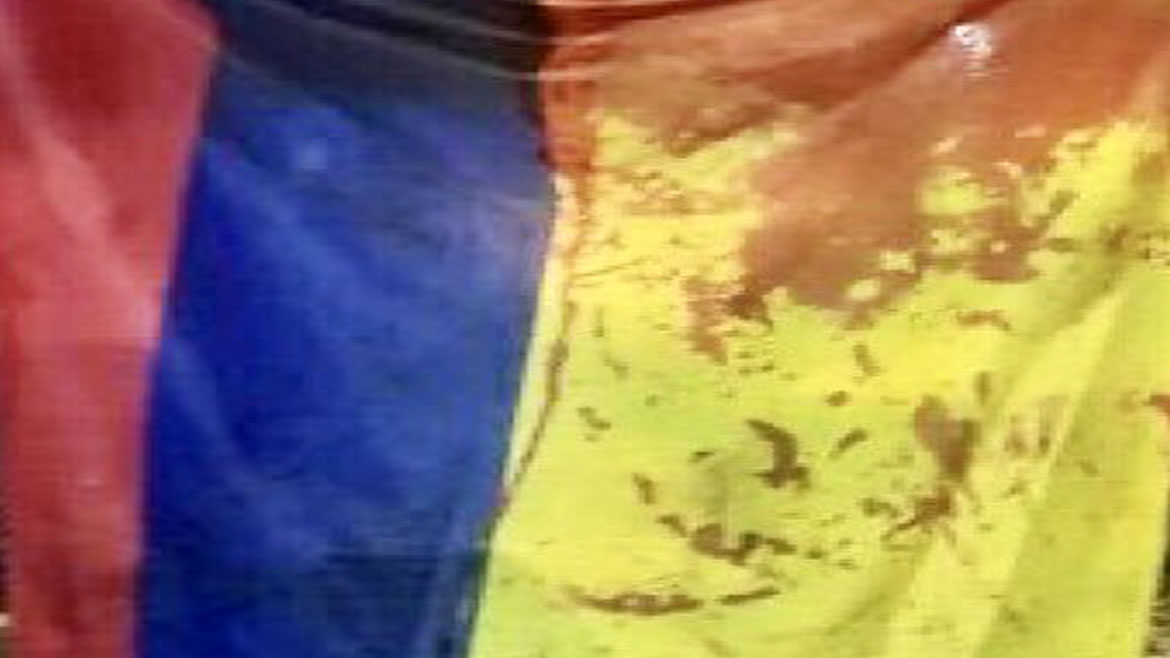 The alleged massacre is the latest attack on unarmed civilians as part of a brutal state terror campaign in which almost 80 people were murdered and another 129 disappeared.

Moe than half of the killings of supporters since the beginning of protests on April 28 took place in Cali where police previously opened fire on a group of human rights observers that included United Nations Officials.

Friday’s massacre victims belonged to Cali’s “Primera Linea,” groups of young people who have equipped themselves with shields and helmets to protect neighborhood protests from police brutality.

Cali’s Mayor Jorge Ivan Ospina has agreed to negotiate an end to these groups road blocks, which is being frustrated by the security forces who have been ordered to forcibly remove roadblocks by Defense Minister Diego Molano.

According to the defense minister, all roadblocks are illegal, which is false as only roadblocks that impede the passing of humanitarian transport are illegal.

Molano is already facing two criminal charges over his alleged responsibility for the gross human rights violations committed under his command during the protests.

The defense minister has desperately been tweeting about the constant progress in forced removal of roadblocks, despite evidence that also Molano’s latest attempt to violently quell peaceful protests is failing.

The police brutality and Molano’s sometimes delusional public performances have plummeted the approval rating of the increasingly tyrannical President Ivan Duque to the lowest point in polling history.

The Duque government wants to justify its actions, provoke us and spill more blood, with the clear and desperate intention of escalating violence and thus delegitimizing the peaceful social protest that we have been carrying out.

Defense Ministry statistics indicate that security forces are running around like headless chicken as protesters erect new roadblocks after previous ones have been removed.

Molano has additionally been coining incoherent conspiracy theories about a guerrilla “low intensity terrorism” campaign  in an attempt to criminalize the protesters.

The Defense Minister’s attempt to violently quell anti-government protests has so far only escalated protests and sparked violent responses to the persistent police brutality and attacks by government supporters.

Duque has sunk Colombia in a seemingly perpetual crisis after initially trying to brutally crack down on peaceful protests after which he has refused to talk to protesters.