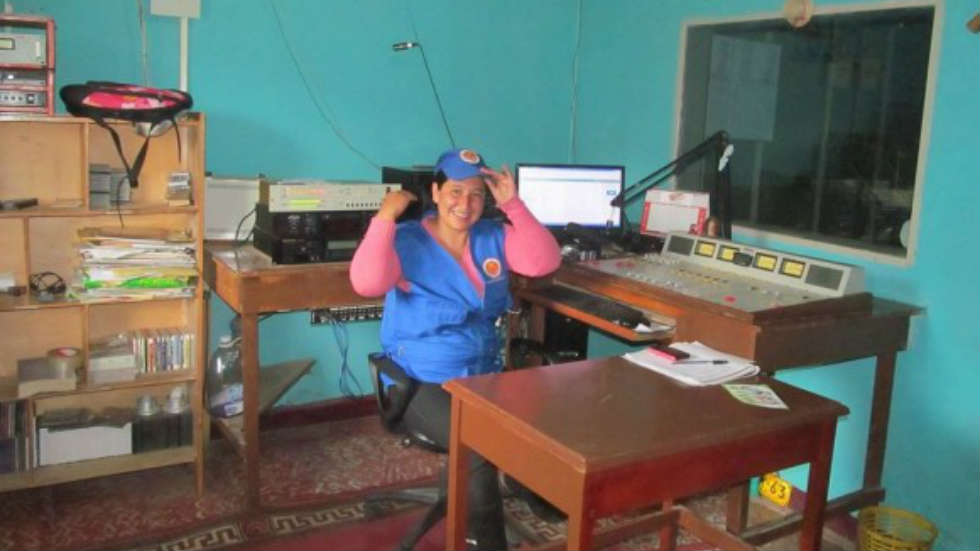 Colombia’s anti-riot police (ESMAD) on Sunday killed an indigenous journalist engaged in a protest over land ownership in the southwest of the country.

Members of the Kokonuko peoples have been protesting a tourist getaway called “Aguas Tibias” in Purace, Cauca, for the past six months, claiming the private land is part of the indigenous people’s ancestral territory.

Efigenia Vasquez, 37 years old, was shot with a “rifle projectile” during the protest and later died of organ failure as a result of her injuries. The projectile that ESMAD shot causing her death was likely a rubber bullet or tear gas cannister.

Vasquez was a radio journalist for the Kokonuko peoples, based in eastern Cauca.

The indigenous protest at the “Aguas Tibias” resort is part of a decades-long movement to “liberate” territories over which indigenous people claim ancestral ownership.

Although national governments in the past have promised to grant indigenous authorities ownership over publicly held badlands (baldíos), much of those territories have ended up in the hands of wealthy, private landowners.

Land is vital to the indigenous peoples. For that reason, we must protect it with our lives if necessary. Recuperating Mother Land cannot pass, it must continue. No more landowners in our territories.

The killing by ESMAD police has deteriorated the protest situation in eastern Cauca. It has also emboldened protests against police violence around the country, following a massacre of civilians at the hands of anti-narcotics police last week in Tumaco, Nariño.