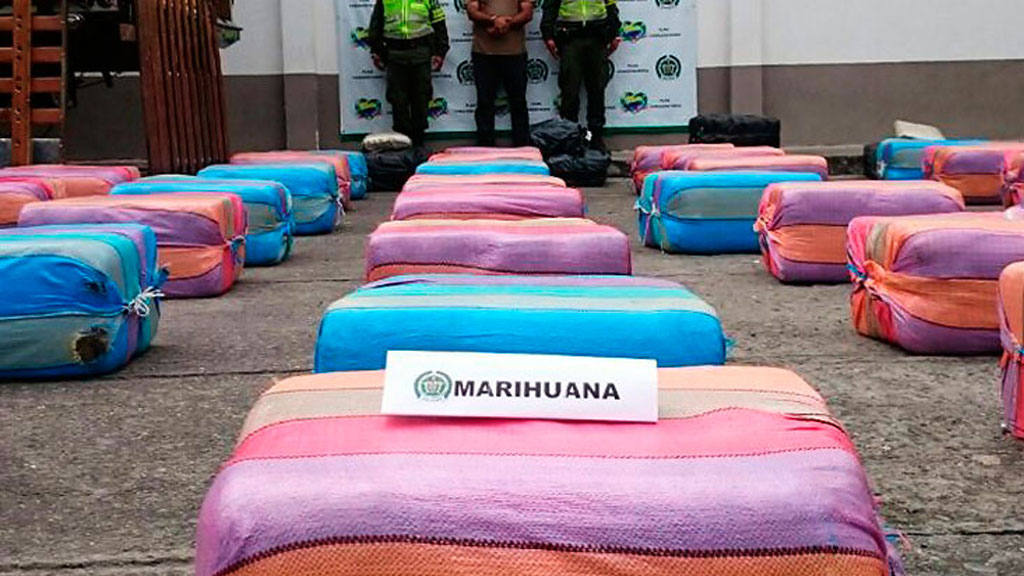 Police in west Colombia seized a shipment of 3,350 kilograms of marijuana allegedly bound for the black markets in Medellin and the coffee region.

The major haul was made at a road checkpoint on the road connecting Cali to the coffee region and Medellin, near the town of Andalucia.

The truck in which the drugs were found was transporting cooling panels that were used to hide the drugs.

However, this proved hardly effective because when inspecting the content of the truck, police found the drugs and arrested the trucker, a 43-year old man from the Antioquia province.

According to the Valle del Cauca Police Department, officers in that province have seized more than 20 tons of marijuana in the course of 2015.

According to Defense Ministry statistics, more than 110 tons of marijuana have been seized throughout the country so far this year.

The roads connecting Cali to Medellin are a key route for the trafficking of marijuana that is grown in the southwestern Cauca province and consumed in the capital Bogota and cities in the north of the country.