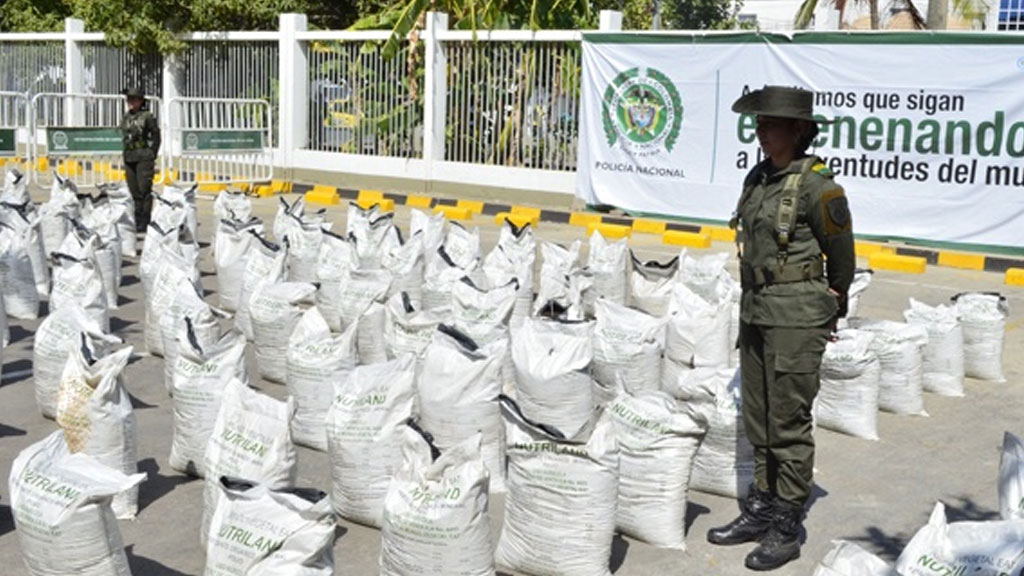 Colombian custom and police officials have discovered 3.5 tons of cocaine in the north-Colombian port city of Cartagena, police said Wednesday.

The drugs were found in a shipment of fertilizer destined for Mexico.

According to the National Police’s counternarcotics unit, the drugs was discovered after custom officials smelled cocaine during a routine check of the shipment.

General Ricardo Restrepo, the director of the counternarcotics unit, told press that the drugs had a street value of $4.4 million once it had reached its destination, the Mexican port city of Veracruz.

According to Colombia’s Defense Ministry, authorities seized approximately 183 tons of cocaine, equal to half a ton per day, in 2014.