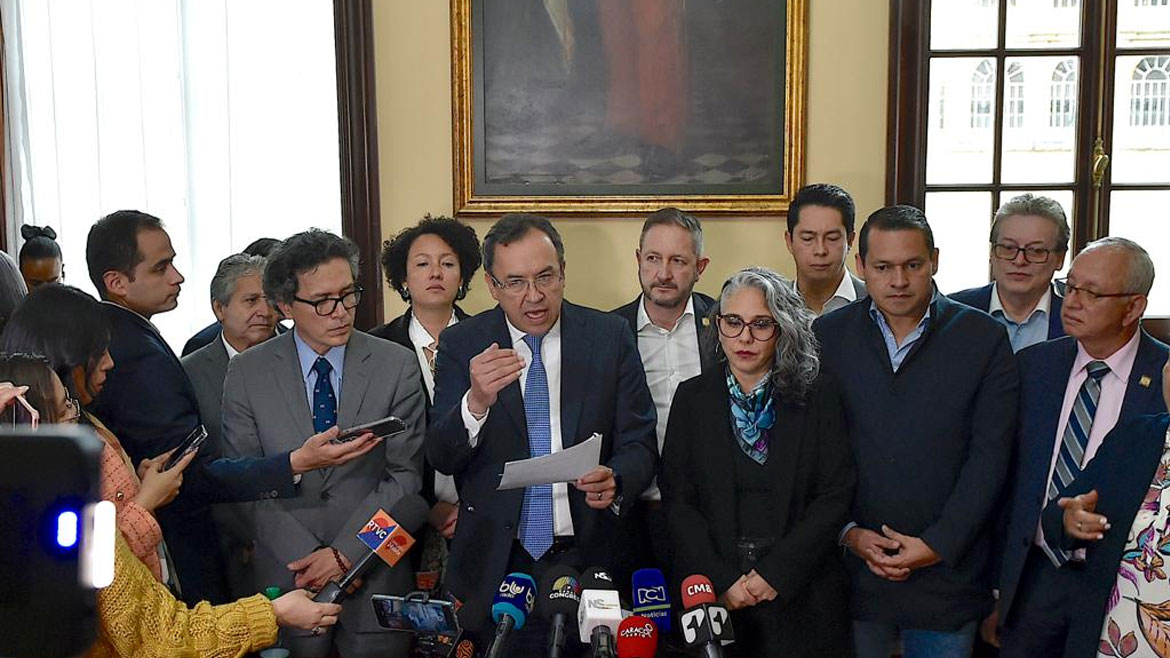 The government of Colombia’s President Gustavo Petro has proposed a far-reaching and controversial political reform that seeks an “improved representation” of citizens in the government.

The proposal presented to Congress lacked promised reforms to electoral authorities that have been been criticized for their lack of independence.

Interior Minister Alfonso Prada said Thursday that the government seeks to reform “what is the most urgent and viable to transform politics in Colombia.”

In an interview with Colombia Reports, political analyst Esteban Salazar of the think tank Paz y Reconciliacion questioned the viability of the proposal.

Salazar and other political analysts specifically criticized the proposal that would allow a newly elected president to form a cabinet with members of Congress.

The integration of elected lawmakers in the formation of a cabinet is normal in parliamentary systems like that of the United Kingdom and other European democracies.

In Colombia’s presidential system, however, this would imply a major distortion of the balance of powers enshrined in the constitution, said Salazar.

Consequently, the political analyst stressed, the Constitutional Court is likely to sink Petro’s hybrid system if Congress decides to approve the proposal.

The government initially said that it would seek to abolish the highly controversial National Electoral Council (CNE) and add an electoral court to the judicial branch.

The CNE’s main problem is that the court validates the election of the very lawmakers who elect the CNE’s magistrates.

The electoral tribunal additionally elects the National Registrar, the official in charge of organizing elections.

This has caused major controversies over the validity of elections for decades.

Prada told press on Thursday that the Petro administration withdrew its proposal reform Colombia’s electoral authorities to “separate the debate” and focus on “the structure of the State.”

Notwithstanding, much of Petro’s proposed political reform had everything to do with the organization of elections.

For example, the government proposed to ban campaign contributions from corporations and private citizens, and allow election candidates to exclusively use State funding.

This would severely reduce clientelism, one of Colombia’s most common forms of corruption, according to the government.

The government additionally proposed multiple reforms to the election of Congress.

Among other things, the Petro administration proposed to lower the minimum age of senate candidates from 30 to 25 years and that of aspiring House representatives from 25 to 18.

The government additionally proposed to make the inclusion of women on every other position on political parties’ list of congressional candidates compulsory.

Last but not least, the Petro administration wants voters to only choose between political parties by removing the option to vote for individual candidates.

The latter would dramatically simplify congressional ballots and reduce the power of regional clans that have historically been most active in vote-buying.

The proposal would also end voters’ option to elect congressmen to represent their city or region.