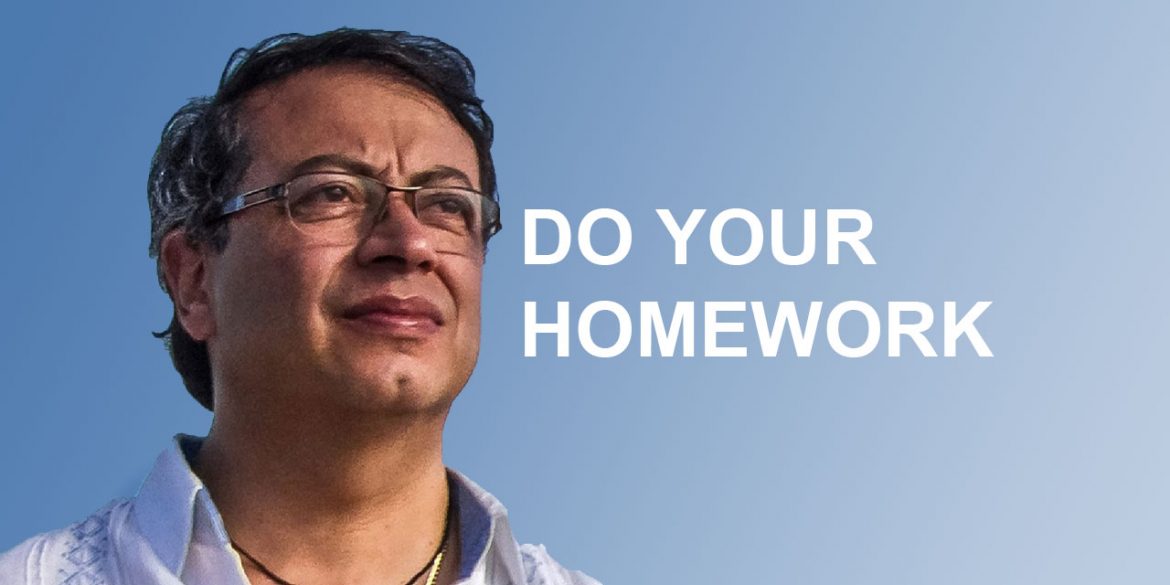 Opposition leader Gustavo Petro’s claim he won Colombia’s 2018 elections is nothing but rhetoric as he has no evidence of fraud.

Evidence that the Democratic Center party of President Ivan Duque conspired with narcos to buy votes is compelling enough to get people in court, but evidence this changed the election results just doesn’t exist.

Duque won the elections with 10 million votes, 2 million more than Petro. If the opposition candidate wants to claim victory, he will need more than a criminal conspiracy.

The tampering with voting sheets in the 2018 elections was evident and recent evidence Duque’s party conspired with narcos to buy votes is too.

However, Petro failed to scrutinize the voting count like Evangelical party MIRA, which was able to prove that the party was robbed of 408,623 votes in the 2014 congressional elections and recovered their three Senate seats.

The leftist candidate’s claim that Duque stole a million of his votes is not supported by any evidence as Petro’s support went up in all provinces between the first and second round.

The president’s surprising victory in the northern Guajira province looks suspicious, but these 106,000 votes are a fraction of Duque’s total number of votes.

In the other four provinces with alleged narco influence and illicit funds, there is no clear indication this significantly altered the vote.

What strikes the most is how Petro was able to attract centrist voters in historically conservative provinces like Antioquia and Santander after centrist candidates were ejected in the first round.

What also draws much attention is the fact that voting increased in the second round in Magdalena and Cesar, the provinces respectively controlled by the notoriously corrupt Cotes Clan and the Gnecco Clan, who endorsed Duque.

This does not necessarily indicate fraud, however, and the provinces are too small to bridge a two million-vote gap.

If Petro wants to seriously claim he defeated Duque, he’d better come up with evidence of fraud, not evidence of a conspiracy.

More importantly, if the runner up in the 2018 elections wants to claim the presidency, Petro should make the effort to scrutinize the vote count like the Evangelicals did.

The alleged fraud in the Caribbean region alone just doesn’t cut it.