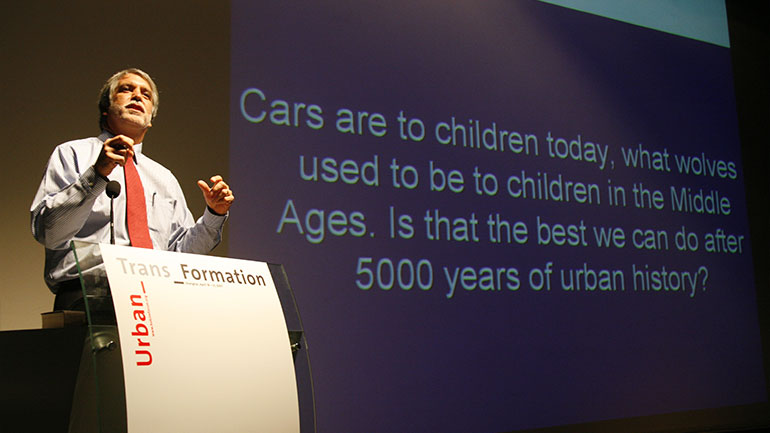 Peñalosa’s main goals: to grow the city of Bogota beyond its current parameters, improve citizen safety from crime and drug trade, and renovate the currently shortcoming public transportation system for the 11 million inhabitants in the metro area.

“We desire a more secure city, with better mobility, faster, more comfortable, with projects for its development that compete with the best cities of Latin America, for the city of which we and our children are proud,” the new mayor has stated ambitiously.

Peñalosa established his first 100 days after taking office on January 1 as the deadline for creating an investigative search team to dismantle the gangs that sell drugs to underage citizens — an issue which has pervaded many of Bogota’s high schools in recent years.

However, tackling the locally centralized drug trade will not be an easy task.

The new political leader of Bogota will face a significant rise in the sale and consumption of drugs, according to newspaper El Tiempo.

In order to combat the rise of illicit markets, Peñalosa stated his team will strengthen specialized police training and technology in specific areas of micro-trafficking, cell theft and other illegal activities.

The number of homeless people is also skyrocketing in Bogota, along with a growing sense of insecurity with around 60 incidences of theft a day and a widespread mistrust in the justice system, stated the same report.

To improve public confidence in the judicial system and ensure their safety, Peñalosa aims to facilitate the report of crimes with a new online system of electronic submissions.

Finally, Peñalosa and his administration will create a Secretary of Security and Civilian Coexistence, specifically intervening in vulnerable youth to avoid their falling into crime networks with the construction of 10 cultural and sport centers in the city.

Bogota remains a city plagued by poor public transportation systems, resulting in congestion and saturation of public vehicles and routes throughout one of the world’s most populated cities.

The theme underlying the Peñalosa administration is mobility.

And the main item on Peñalosa’s agenda to solve the traffic problem: the long-awaited Bogota metro system.

Peñalosa, the father of the widely unsatisfactory Transmilenio bus system, now promises the people of Bogota a new metro system, with goals of success as high as Medellin‘s rails.

The new line he proposes will have some parts below ground and others above, and the current allocated funds sit at about $6 million USD.

The ALO would be a large highway around the parameters of the city, rather than one passing directly through the urban center.

A controversial project, the ALO represents one of the strongest ideological clashes between former mayor Gustavo Petro and Peñalosa since 1999. Critics of the mayor-elect have opposed the route for the effects it would have on wetlands like Juan Amarillo and the environmental balance of the savannah of Bogota, allowing for the urban sprawl of the city into the key natural areas.

Regardless, Peñalosa stated he has already begun purchasing the land for the construction and has managed to obtain an environmental license for the plans.

The proposed PPP of the Peñalosa-Vargas team would also result in the construction of other various highways to the city and a new district infrastructure agency to manage the multiple projects.

On the issue of housing, one of the major concerns of a city that faces a shortfall of at least 400,000 units of houses, the new mayor promises to create a land bank to offer real estate at affordable prices and in areas near educational institutions and health care facilities.

“In 2015, 27% less houses are built in the city than in 2010,” stated construction industry Camacol’s president Sandra Forero in September, in contradiction to the growing urban population.

Peñalosa’s answer: “There must be growth outside of Bogota.”

In contrast to the previous mayor administration, Peñalosa is for the expansion of the city in conjunction with the newly proposed metro system, for example towards Mosquera, a nearby province of Cundinamarca.

“We need to enact urban development, not building by building, but by reconstructing entire sectors and industries. Bogota has one of the largest densities in the world and needs to grow three times the size it is today; to do urban redevelopment and expansion, we must make agreements with neighboring municipalities to know where to grow outwards,” stated the new mayor.

How to pay for all this?

Even Peñalosa himself addressed the big elephant in the room: how he is going to finance of all of his plans for urban renovation, transportation efficiency, and growing the city to be three times as large as it is now.

“Today we find a messed up city, that has had levels of historic economic growth but still the costs have more than doubled,” the new official described. “The financing problem of the District is huge; public space is in disarray, there is chaos in the city.”

After winning the election, the new mayor elect spent his first day in office in a meeting with President Juan Manuel Santos to discuss the main problems of the capital and the commitments the state has made to the district in recent months, mainly resources for the metro.

Although there are no known details of the end of the meeting, Santos stated that, with Peñalosa, “We agree to work together for the future of Bogota.”

The people of Bogota have spoken and afforded Peñalosa a second chance to ensure that the needs of the city are met, banking on the hope that the mayor’s plan to ‘recover Bogota’ is more than just a campaign slogan.