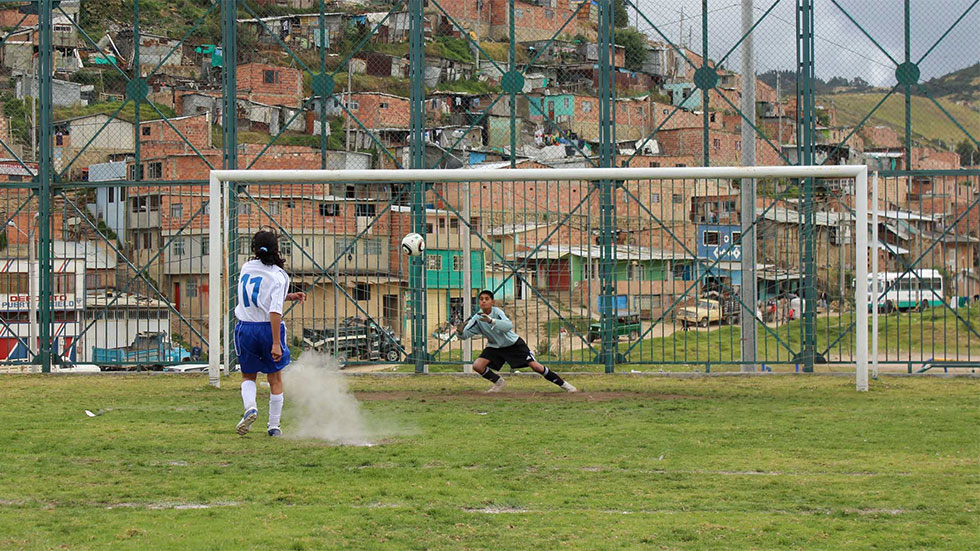 Peace FC will be Colombia’s first professional soccer team initially made up of both war victims and victimizers, newspaper El Espectador reported Friday.

According to the newspaper, the team will enter the country’s professional B league in one of many initiatives to promote a culture of peace in the country after more than half a century of war.

Peace FC will also form a youth team and a women’s team to take part in the country’s youth and ladies soccer leagues, the government’s Peace Commissioner and the demobilizing FARC guerrilla group reportedly agreed Thursday.

The soccer club is the brainchild of human rights attorney Felix Mora, who told the newspaper that the idea initially surged in 2012 and began to really take shape when in 2014 both the government and the FARC embraced the idea and included it in .

The administration of President Juan Manuel Santos signed peace with the FARC in November last year. However, a large part of Colombian society has yet to embrace the subsequent peace process.

Decades of war have deepened pre-existing social divides. Moreover, the wounds of the war are still fresh and resentment about either FARC or state violence is still common.

Reconciliation or forgiveness for the mass victimization by guerrillas, the military and paramilitary forces for many is too much to ask so early in the process.

According to the UN, reconciliation is hardly possible before society learns the truth about the conflict after decades of war propaganda and receives justice for the committed war crimes.

A Truth Commission and a Transitional Justice Tribunal are being set up to facilitate this.

The subsequent reparation of Colombia’s shredded social fabric is an integrated part of the peace and normalization process that is expected to take 10 years at least.

Peace FC will only be one of many such initiatives that seek the social reintegration of the FARC’s members and the normalization of the society in which the majority of citizens were born and raised in war.