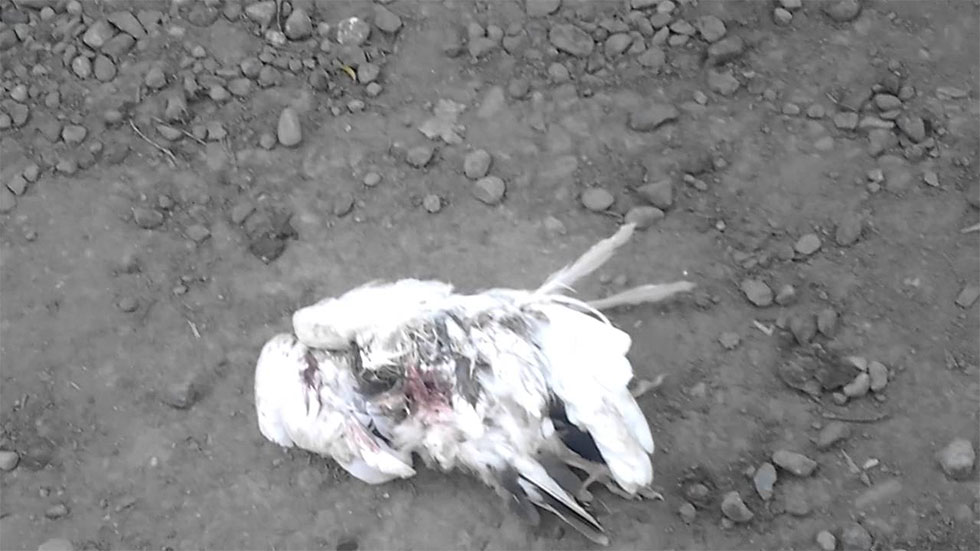 “Tell us Mr. President, what is going to happen to those other groups?” folkloric chanters from the war-torn village of Bojaya sang at the peace ceremony with Marxist FARC guerrillas last year. The president never responded, but “the other groups” did.

The women from the jungle village where the FARC killed 80 in a 2002 massacre took advantage of the president’s finest moment to confront him of a looming threat, the paramilitaries, an escalating threat Santos has yet to effectively deal with.

According to armed conflict website Pacifista, “the other groups” came Thursday in the form of the Gaitanista Self-Defense Forces of Colombia (AGC), the descendant of the AUC, the group that killed tens of thousands and displaced millions between 1997 and 2006 and only partially demobilized under former President Alvaro Uribe.

Threatened by a massive group of 200 armed men in military uniforms, a small battalion, 80 of Bojaya’s indigenous inhabitants were immediately displaced.

The mass displacement by the group comes amid an escalating terror campaign that threatens Colombia’s entire peace process and the lives of many, exactly as experts had warned.

Apart from the Bojaya displacement case, the group has increasingly stepped up its violence, targeting the police, the private sector and the civilian population alike.

In several municipalities along the Panamanian border and Pacific coast, locals have seen as many as 600 armed men in war outfits, according to newspaper El Espectador.

In the village of Bijao, one group of 200 heavily armed men in military uniform arrived with toys for the children and a list with names of community leaders they said they would kill.

The community is terrified and we don’t want to relive the ghosts of war. This puts the implementation of the peace deal with the FARC in danger. It is inconceivable the state won’t admit that paramilitarism in Colombia still exists.

Presumed paramilitary death squads have assassinated as many as 18 community leaders since peace with the FARC was signed in November last year. After having been promised peace by the government, the same government now condemns these high-risk areas to war.

The mass mobilization and displacement of troops takes place without the the 17th Brigade of the 4th Division even noticing, raising suspicion that the military continues to collude with paramilitaries, exactly as before.

The terror campaign is hitting the rural population hard. Farmers from Catatumbo even halted the demobilization of the local 33rd front, claiming to already have seen the same armed men terrorizing Uraba. For them, the FARC is their only protection.

Farmers from the north of Antioquia, another conflict region, sent out a desperate press release begging the international community to intervene and demand the government and the military to act against the paramilitaries, instead of denying they exist.

Against what was agreed in the peace agreement, the government has failed to facilitate the FARC demobilization while the military in many places failed to assume territorial control, a move considered key to reduce the risk of power vacuums between armed groups or narcos.

The families of the victims of the Bojaya massacre and many other vulnerable communities, were left on their own, leaving the government’s promise of “no repetition” a hollow one.

We were just beginning to trust in the state that for years abandoned us and left us unprotected. We don’t know what to do now. 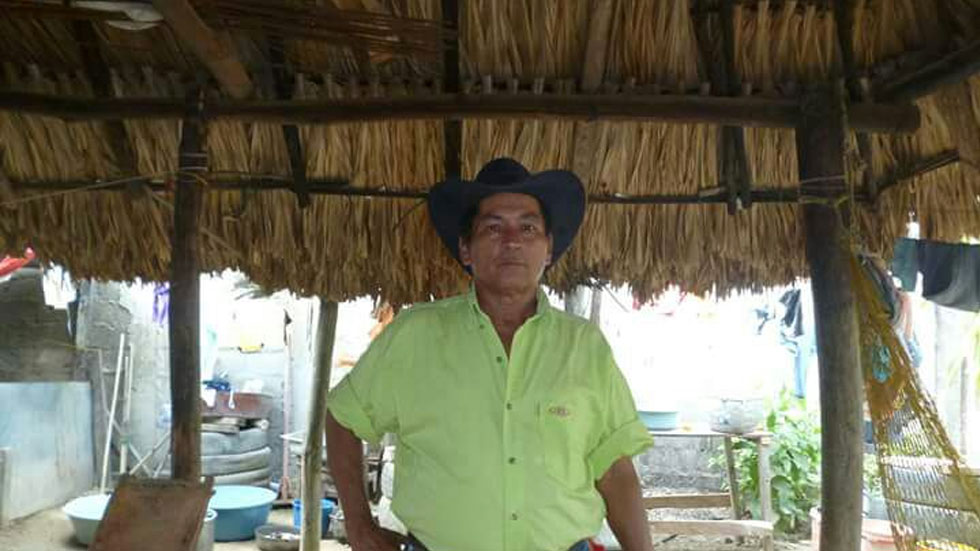 Porfirio Jaramillo was a community leader trying to regain land illegally appropriated by a local business. He was taken from his home in the township of Guacamayas on Thursday evening by four armed men in military outfit. His lifeless body was found the next morning alongside a nearby road for the neighbors to see. He became the 18th assassinated community leader since peace was signed late last year.

Apart from allegedly targeted and random assassinations, AGC men reportedly have taken to raping at least one minor. Policemen have been randomly assassinated for months and since a few weeks businesses are attacked and the road from Medellin to Uraba has become too dangerous to travel.

According to the bishop of Uraba there is a clear “increase in paramilitarism, whose groups are swiftly entering the zones that are left by members of the FARC.”

Who are these guys?

Around the turn of the century the paramilitaries committed one massacre every two days. But nevertheless, the AUC enjoyed ties to generals, intelligence chiefs and allegedly a chief prosecutor and tens of thousands of members of the military and other government employees. They were even allowed a secret meeting inside the presidential palace.

The AUC officially demobilized between 2003 and 2006 and consequently, according to Defense Minister Luis Carlos Villegas, “paramilitaries don’t exist in Colombia.”

The truth is that the AUC demobilization was purposely inflated. This has been confirmed by multiple judges. Irregularities and fraud in that “peace process” went so far that the then-Peace Commissioner is now a fugitive, allegedly hiding in Canada. The prosecution wants to hear him about his role in the fraudulent demobilization.

Many who demobilized had never been in the AUC but were paid to take part in the ceremony, according to demobilized members.

Only 120 paramilitaries were ever imprisoned, according to the New York Times. The majority of the 27,000 who demobilized were granted amnesty and given a $180 / month stipend for a few years. More than 2,000 “died” after their demobilization.

According to AGC founder “Don Mario,” the AUC deliberately kept weapons hidden as insurance. These weapons were taken up by Mario and 250 men. In 2008, the paramilitaries announced themselves as AGC.

Not giving up war trophies?

The current wave of paramilitary violence began around the time that former AUC financiers including multinationals like Chiquita, Dole and Del Monte heard they could face crimes against humanity charges for financing the AUC, as part of the transitional justice system in the FARC peace deal.

More than 90 companies from Uraba face charges of having colluded with paramilitary death squads either to silence labor dissent or obtain territory through forced displacement. By killing a land claimant, he can no longer claim any land.

At the same time, the AGC’s nationwide terror campaign (one rival was found impaled with a broom in Barranquilla) makes it clear who is the boss in territory where there is no law.

Colombia’s government, which has seen many dozens of allied politicians disappear behind bars for their ties to the paramilitaries, has decided to deny the mere existence of the paramilitary groups and accuse their former allies of being common criminals.

Many more politicians, including former President Alvaro Uribe, face prison if well-documented charges are proven he promoted “paramilitarism” the way his cousin did and his brother, who is in jail awaiting trial, allegedly did.

If the AGC takes part in the Truth Commission, much more evidence would be gathered that could explain why 24,400 state agents are either accused or convicted of war crimes as well as 12,500 civilians and companies.

“The authorities and media are trying to deny our true reality,” “Raul Jaramillo” of the AGC wrote Colombia Reports in an email a few weeks ago. “They always try to minimize the organization, as if they’re dealing with some narcos,” he added.

Meanwhile, Santos’ efforts to promote peace are failing because of the same cause that started the political violence, a corrupt and weak state that is unable or unwilling to protect its own citizens.