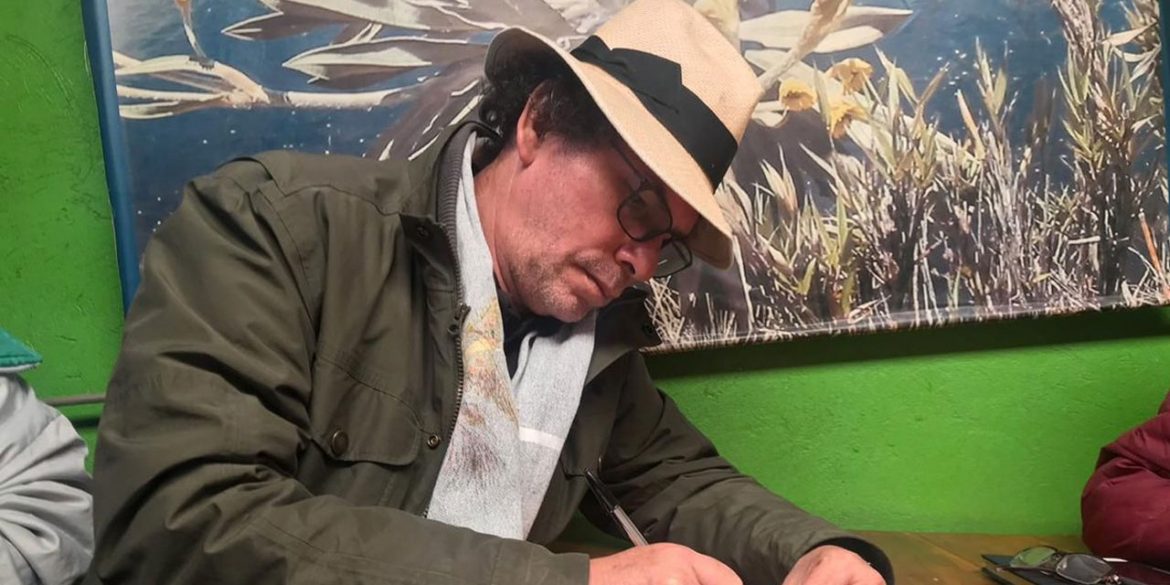 Felix Antonio Muñoz, a.k.a. “Pastor Alape,” is a prominent leader of the FARC, until last year Colombia’s largest guerrilla force and now a political party.

Alape was most likely born in the central Colombian town of Puerto Berrio in 1959, although some reports indicate he was born in 1946. He finished nine years of schooling.

After his time as a member of the Communist Youth, Pastor Alape joined the FARC in 1983, only years before the rebels took part in failed peace talks with the administration of former President Belisario Betancur. He subsequently became part of the personal guard of the FARC’s founder and ideological leader Jacobo Arenas before operating on several guerrilla fronts.

By 1993, he had risen through the ranks and came to lead the FARC’s 4th Front, a subdivision of the Magdelena Medio Bloque, commanding some 800 guerrilla fighters.

Alape became known for his political training and military prowess as he was one of the few FARC commander able to resist an expansion of anti-leftist paramilitary forces in the Magdalena Medio region from 1997 to 2003. All FARC front in the region, minus that of Alape, disappeared during the bloody offensive.

The United States government has listed Alape as wanted for his alleged involvement in drug trafficking.

Alape is also wanted for allegedly ordering bombings and the murder of farmers who sold cocaine paste the now-defunct United Self-Defense Forces of Colomba (AUC). The reward for his arrest or conviction is up to $2.5 million.

The respected commander joined the peace talks taking place in Havana, Cuba, in October 2014, the third member of the secretariat to do so.

Following the ratification of the peace deal between the FARC and the Colombian government on November 30, 2016, Alape and most other former FARC guerrillas demobilized and disarmed in 2017.

Since then, Alape has been the former rebels’ representative in the commission that verifies the government’s compliance to the reintegration part of the peace deal.