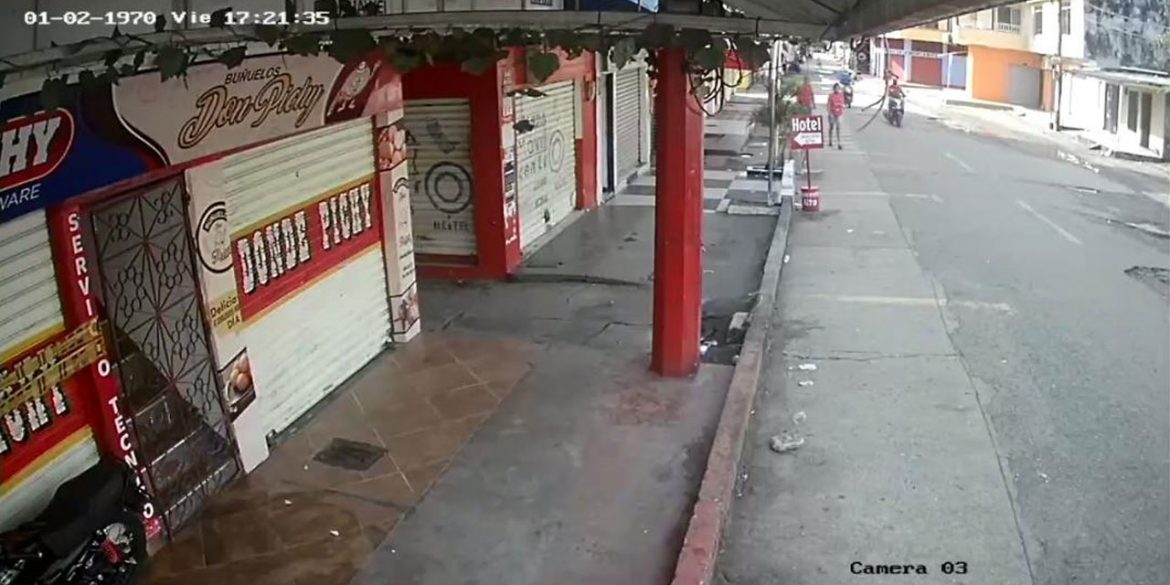 Paramilitary group “Los Caparrapos” shut down the Bajo Cauca region in northern Colombia, threatening to kill anyone who disobeyed their order to stay inside.

The paramilitaries announced the so-called “armed strike” on Thursday, two days after the security forces announced the death of the group’s founder and top commander, “Cain.”

The Caparrapos founder was killed in combat in Taraza, a major drug trafficking hub in the heart of Bajo Cauca.

The armed strike took force on Friday morning and would last until Monday morning, according to a pamphlet spread by the group that split from the AGC in 2017. 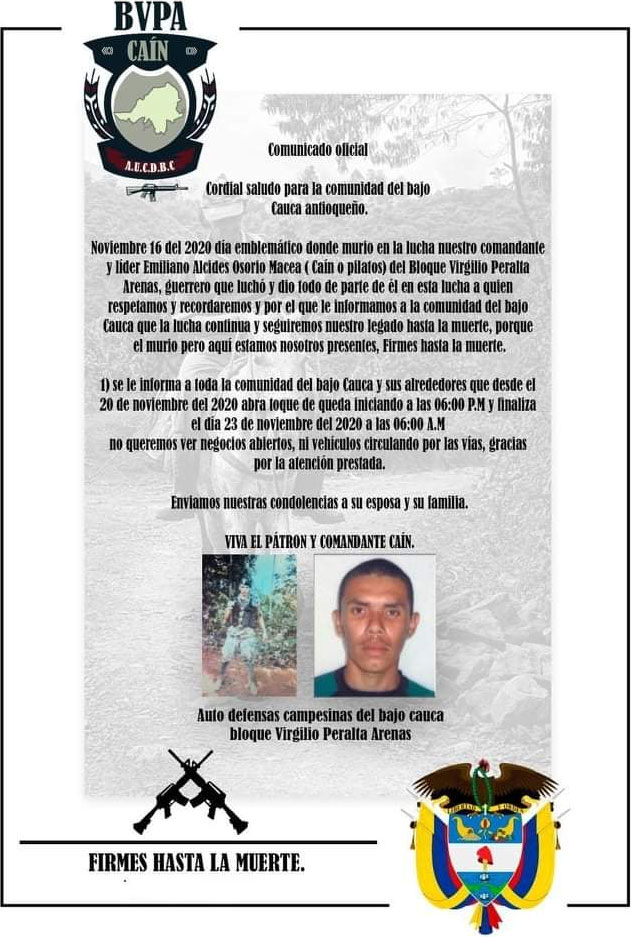 The order was confirmed by a recording of an unidentified Caparrapos member that was spread via Whatsapp.

A truck driver who disobeyed the order survived an attack presumably by the group, but was forced to abandon his vehicle, Noticias Uno reported Saturday.

While the military was able to deal the group a major blow by killing its founder, the security forces continue to be unable to provide public security in Bajo Cauca and other historically neglected regions.

Consequently, paramilitary and guerrilla groups can easily shut down these regions as locals don’t trust the corruption-ridden authorities.

Bajo Cauca is of particular interest of illegal armed groups because it has significant gold deposits, provides the perfect climate for the production of cocaine and is strategically located for drug traffickers.

The region would receive increased investment and representation in Congress as part of a peace process with the former FARC guerrilla group, but this has been blocked by far-right President Ivan Duque and his political party, the Democratic Center.

The president’s party and political patron, former President Alvaro Uribe, have been associated with the paramilitaries and the now-defunct Medellin Cartel.

The military, especially in the Antioquia province, also has a long history of colluding with paramilitaries and drug traffickers in an attempt to combat left-wing guerrilla groups like the ELN.