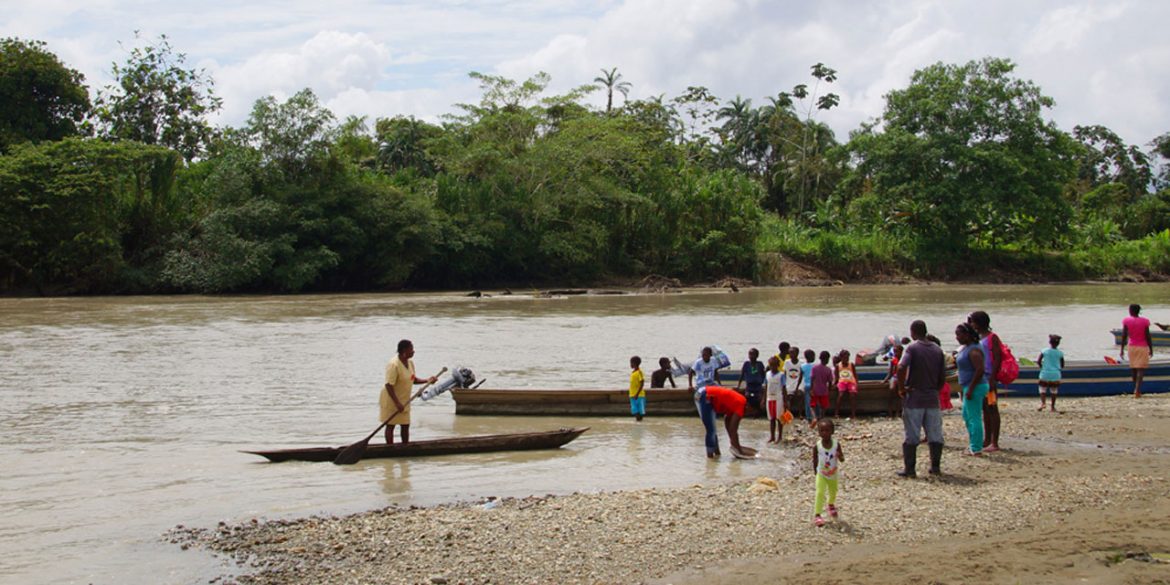 Almost 700 people have been displaced from their communities in western Colombia after paramilitary incursions, the United Nations said Wednesday.

According to the international organization, the inhabitants of five indigenous communities in Alto Baudo were forced to flee over the past 10 days after the paramilitaries “committed acts of sexual abuse against women” and kidnapped 12 people, including four minors.

Indigenous organization ONIC said that the paramilitaries identified themselves as members of the “Aguilas Negras.”

A group of paramilitaries of the self-styled Aguilas Negras arrived on the 14th of this month, with more than 100 armed men entering violently and threatening the community of Puerto Embera from the Pavasa Gella reservation. They forcibly recruited eight persons among children and students and young people, which is understood as abduction. At night, men from the armed group entered some houses and tried to rape women. At 7:30AM the next day they left.

According to the victims, the armed group that arrived in the area was part of the Gaitanists Self-Defense Forces of Colombia, or Gulf Clan, and there are some accounts saying there were rape threats against some women but the community vehemently opposed these.

The Navy announced it would “intensify operations” in the area to expel “approximately 40 men of the organized crime group Gulf Clan.”

According to the Navy, the majority of people were able to return to their homes, but this was contradicted by the UN.

The number of displaced persons increased to 690 (115 families) due to the arrival of a new indigenous community in the rural area of Bajo Baudo. Among these people at least 254 children and adolescents of school age (NNA) and 15 teachers without access to education were identified. These NNAs do not have the material or space to receive classes adequately and the teachers express the need to resume the school calendar.

According to the National Victims Unit, the area around the Bajo Baudo municipality is being disputed by the AGC and the ELN, a guerrilla group that has opposed the state since the 1960s.

More than 150,000 people have been displaced in Colombia since the beginning of a peace process with the FARC, the country’s largest guerrilla group until peace was signed in November 2016.