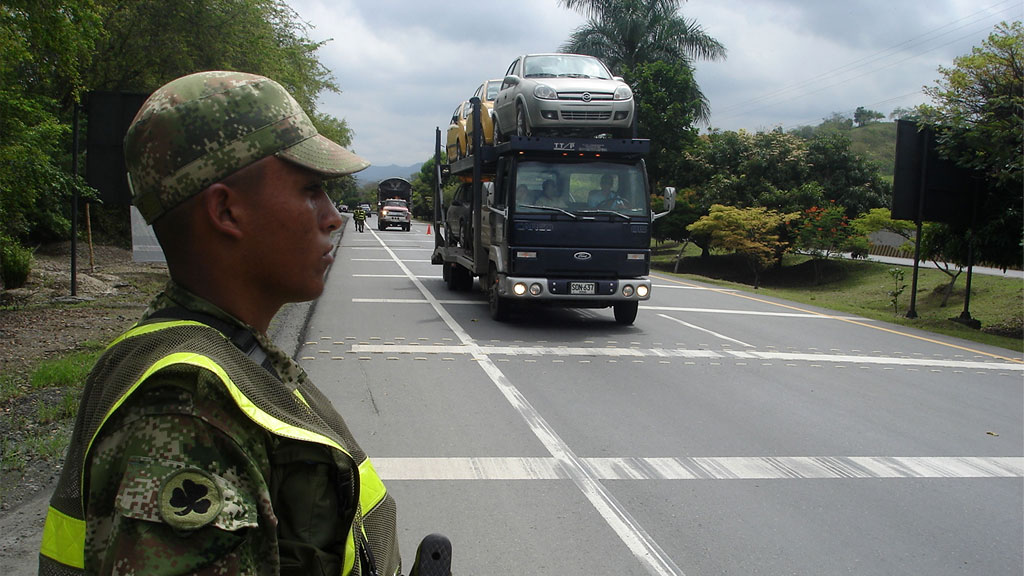 The Panamerican highway, connecting Colombia’s largest cities to the rest of South America, was partially destroyed on Friday by an explosive allegedly planted by FARC guerrillas.

The explosion took place in Caldono, a municipality located in one of the FARC’s main hotspots in the north of the Cauca state.

“At the scene, terrorists of the Teofilo Foreros mobile column attacked placing an explosive along one of the lanes,” Colonel Hernando Herrera of the army’s 29th Brigade told Blu Radio.

After having retaken the highway, soldiers were able to keep two lanes open. The Colombian military sent an engineering squad to the scene of the attack to repair the road. The military did not indicate how long repairs would take.

The attack on the highway is the second infrastructure attack in the southwest of the country this week; On Wednesday, alleged FARC guerrillas blew up an electricity tower, leaving most of the Pacific port city of Buenaventura without power.

The latest attack on the Panamerica highway is the second this month. The road was also closed on December 4 after a similar attack, also by alleged FARC guerrillas.

The FARC has been engaged in peace talks with Colombia’s government since November 2012. As the warring parties failed to agree on a bilateral ceasefire, FARC attacks and military offensives have been ongoing.

Earlier this week, the rebels vowed to cease all hostilities for the duration of the talks. However, the rebels imposed the conditions that rebel structures can not be attacked and international observers should monitor the FARC’s compliance to its ceasefire.

President Juan Manuel Santos said he “appreciated” the rebel concession, but rejected the conditions. The FARC has not yet made clear whether it will pursue the unilateral ceasefire without government concessions.

The FARC have been at war with the Colombian state since 1964.