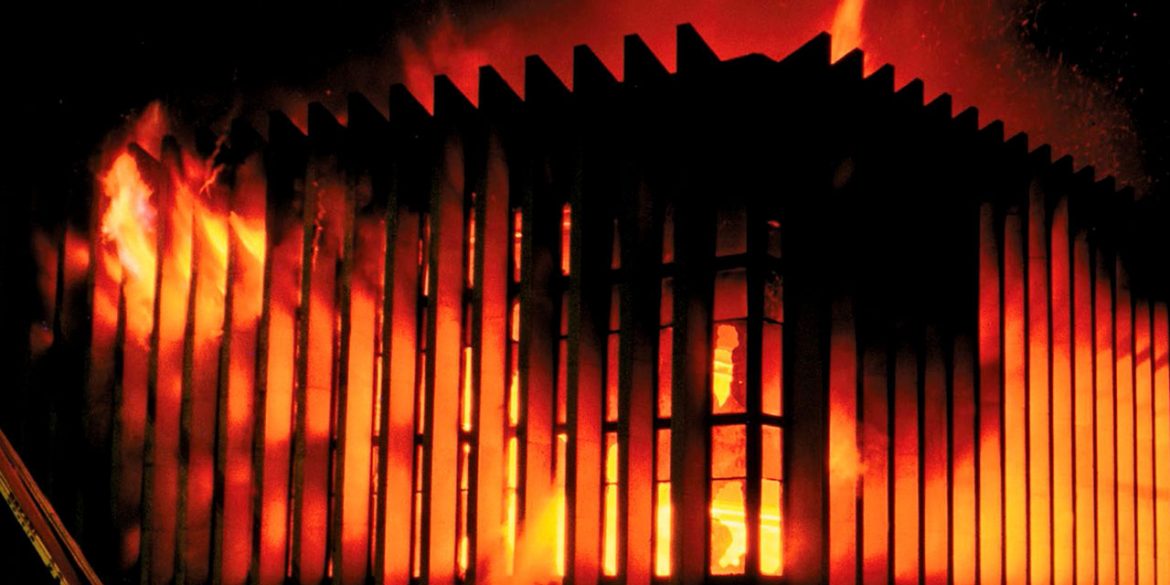 The popular belief that late drug lord Pablo Escobar ordered and financed the 1985 guerrilla attack on Colombia’s Palace of Justice increasingly appears to be a far-right urban myth.

The latest to discredit the claim were four former M-19 commanders who confessed to Colombia’s Truth Commission about the Palace of Justice Siege that killed approximately 100 people, including half the Supreme Court.

According to former M-19 commander, Jose Otty Patiño, “I have direct knowledge that this was not ordered by or consulted over with drug traffickers.”

Former guerrilla commanders Alvaro Jimenez, Vera Grabe and Dario Villamizar confirmed this and said the military had been spinning the claim to discredit the group.

According to the guerrillas, the “lie” about their ties to the Medellin Cartel became popular belief after constant repetition by members of the military and the country’s far-right.

What is very damaging to the truth is wanting to link the M-19 with drug trafficking, that is taking away the political meaning of that takeover. We know it was a mistake, but it was a political act.

Escobar and the M-19

M-19 co-founder Juan Marcos Ospina became friends with Escobar in 1984 when the guerrillas and the narcos made peace after a three year-war sparked by the M-19’s kidnapping of Martha Ochoa, a member of a Medellin crime family who would later form the Medellin Cartel.

The guerrillas who talked to the Truth Commission said Ospina was so close with Escobar. the guerrilla leader was the only M-19 member allowed to talk to the drug lord.

Many guerrillas were unaware of Ospina’s friendship with Escobar and would have disapproved. Other lower-ranked guerrillas would do favors for the cartel, but never at the highest level.

Ospina was kicked out of the group in December 1984 after he openly expressed his sympathy for the cartel’s intention to kill American citizens and remained friends with the Medellin Cartel boss until the former guerrilla leader was killed in a military operation in August 1985.

In his 2002 book “My Confession,” paramilitary leader Carlos Castaño made the first claim that M-19 leader Carlos Pizarro received $2 million dollars from Escobar in May 1985 to carry out the attack later that same year.

The book came out 11 years after Castaño ordered the assassination of the M-19’s presidential candidate after their demobilization in 1990. Castaño was assassinated in 2004.

While in prison, Escobar’s late lieutenant “Popeye” told a commission between 2003 and 2006 that Escobar gave $2 million dollars to Ospina in late 1985, but this money disappeared after the former guerrilla leader was killed.

The drug lord’s then-girlfriend, former TV presenter Virginia Vallejo, told the same commission that Escobar met with M-19 ahead of the attack on the Palace of Justice, but mentioned no money.

Days before the M-19 attack, the drug lord and one of his partners, Carlos Lehder, became increasingly threatening with the Supreme Court in their attempt to dissuade them to approve the extradition of drug lords to the United States.

The last death threat to magistrate Manuel Gaona was sent days before the attack by “the Extraditables”.

Time is inexorable and you know very well that the deadline we set for you is about to expire and everything seems to indicate that you are not interested in your personal safety and the integrity of your family. Remember that we will not allow another betrayal, nor will we tolerate the group of the Externado, that mafia that you lead and guide, going out to defend different thesis from that of the unconstitutionality of the treaty. The treaty must be sunk and you have great responsibility in that homework. Don’t let us down, because you won’t have time to grieve.

Days after the threat, on November 6, the M-19 stormed the building and took all those present in the building hostage.

The day after, the military carried out one of its most brutal attacks, killed both the guerrillas and the hostages and left the Palace of Justice in ruins.

While the coincidental death threats and the attack on the palace of Justice were already raising suspicion in 1985, Castaño coined the conspiracy.

The Castaño and Uribe families were close with the Medellin Cartel between the 1970s and 80s at least until after the attack.

However, far-right politician Alvaro Uribe didn’t revive Castaño’s claim until 2004, apparently applying a 21st century propaganda trick that if you tell a lie big enough and keep repeating it, it will eventually come on Netflix.

The former M-19 members have repeatedly stated that they have no idea what Uribe is talking about.